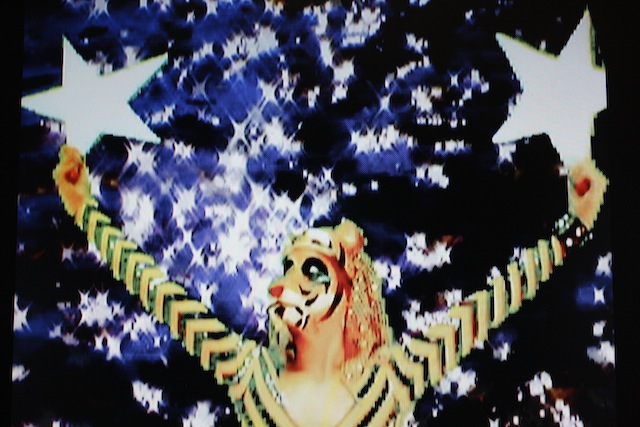 Power Animal Systems, a project of Jason Martin will be opening for Lady Gaga. Power Animal Systems will be preforming with Lady Starlight on the upcoming Monster Ball Tour which includes two dates at both Madison Square Garden and the Wells Fargo Center in Philly, and has stops at the Barclays Center in Brooklyn, Mohegan Sun and Penn State among others.

Jason Martin, who has spent the last 7 years in NYC is now a resident of Troy. Power Animal Systems is described as the follows:

A species-queer performance ensemble, video project, and photographic series based on illustrations of trans-dimentional beings that visited Jason in visions and dreams, which he kept secret for years until finally integrating this subject matter into his art about 6 years ago, beginning with a zine called Evolution Revolution.

Literally awesome to see a few friends headed out on tour with the biggest artist in the world right now. I am really hoping to catch them either before these huge shows, or ideally at one of them.

Hit the jump to check out a video of a Power Animal Systems performance.