Have you ever found yourself in Albany on a Saturday with no cell service, stuck in a room with a computer that for some strange reason will only load Twitter, and a burning desire to eat pizza at an unspecified time later that night? Also, your car was jacked so you canâ€™t drive anywhere. And, your legs are broken so you canâ€™t walk to probably the hundreds of pizza joints you could hit with a rock from the roof of your apartment. Oh yeah, and all of your roommates recently died from snakebites on the Oregon Trail so you canâ€™t have any of them go and get you pizza either.

Thatâ€™s never happened to you? Huh. 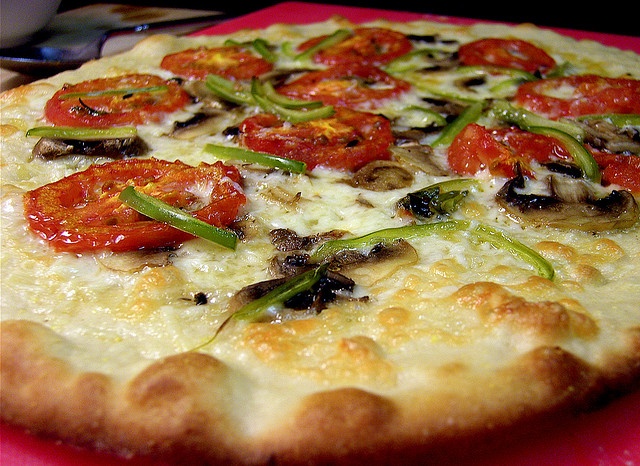 Well, fuck it, you should probably order from TweetzzaPizza anyway. The food is good, itâ€™s reasonably priced, and a bearded man will deliver it directly to your face so you can eat it. Thatâ€™s right, TweetzzaPizza exclusively hires men with facial hair.

I understand you may be hesitant to order from an establishment with no real location, management, or health standards. Â I am here to put your reservations to rest.

But I already ordered pizza from somewhere else before I read this. Throw it out. Wait for the real deal to come. Awesomeness of this caliber is worth the wait. You wonâ€™t regret it.

Dude, Iâ€™m so high right now I donâ€™t know if I can type. Go outside and stand around like you really want pizza and TweetzzaPizza will find you. Trust me.

But itâ€™s cold out. Shut up hypothetical high dude. You live in New York. Suck it up.

Wait, what was that bit about a lack of health standards? Nobody has died yet from eating TweetzzaPizza.

My friend told me thereâ€™s this really great pizza place on Lark that… Theyâ€™re lying to you. Donâ€™t listen to them. In fact, kill the person who said that.

Do they have t-shirts? You can bet your motherfucking hipster-ass Ray-Bans theyâ€™ve got t-shirts.

How much are they? No idea. Make them an offer. They love to haggle.

Okay, fine, Iâ€™ll order from TweetzzaPizza. What kind of toppings do they have? It doesnâ€™t matter. Theyâ€™ll bring you something, youâ€™ll eat, and youâ€™ll like it.

But Iâ€™m a vegetarian. Thatâ€™s fine. TweetzzaPizza recognizes there are people like you with completely irrational philosophies and they make some cheese pizza you can eat.

Iâ€™m vegan. I donâ€™t eat cheese because weâ€™re like totally enslaving the cows that give us the milk and stuff. TweetzzaPizza doesnâ€™t like you and prefers not to do business with you. Also, youâ€™re an idiot.

I think the pizzas are like $8 maybe. I donâ€™t really know. Make sure youâ€™ve got $15 because the bearded man who shows up at your door is going to be so sexy and hipster youâ€™ll probably want to give him a huge tip (Editor’s note: just the tip or he’ll fall in love Author’s Note: quit editing my shit Andrew) and then possibly blow him. TweetzzaPizza is fine with that, in fact itâ€™s encouraged, but keep in mind they are on a time frame so make it quick.

I hope as a person with no affiliation with TweetzzaPizza, and who is certainly not speaking on their behalf, I have answered your questions that I kindly made up for you so you wouldnâ€™t have to. Have a nice day.