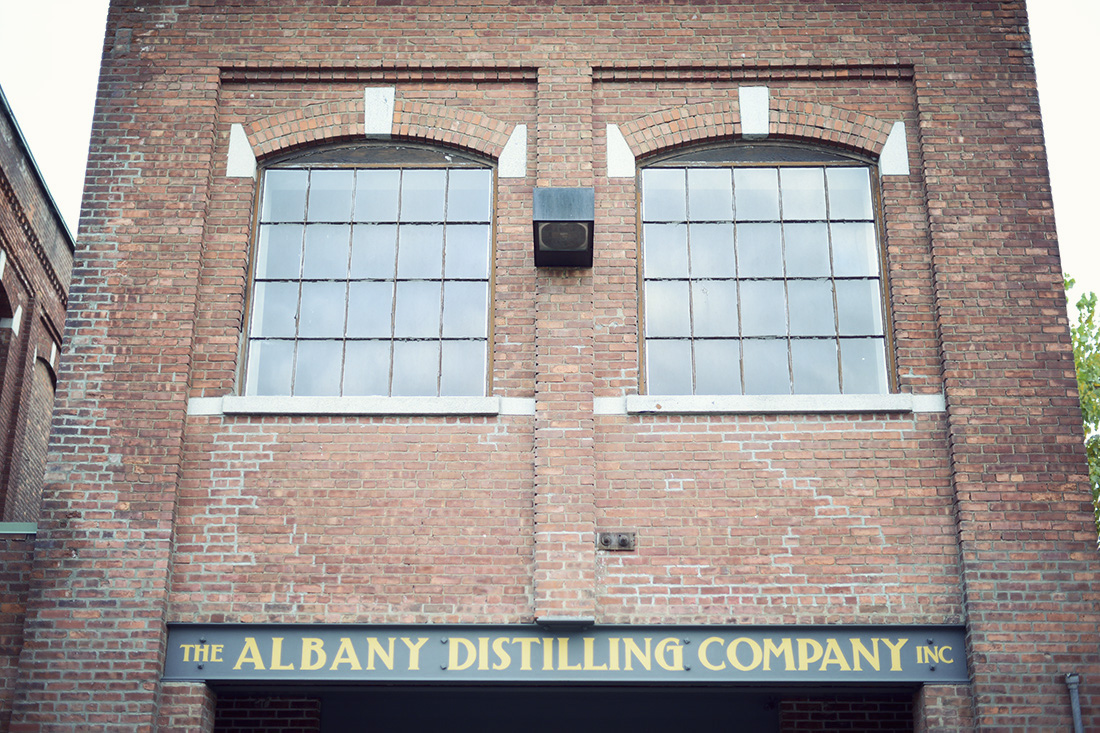 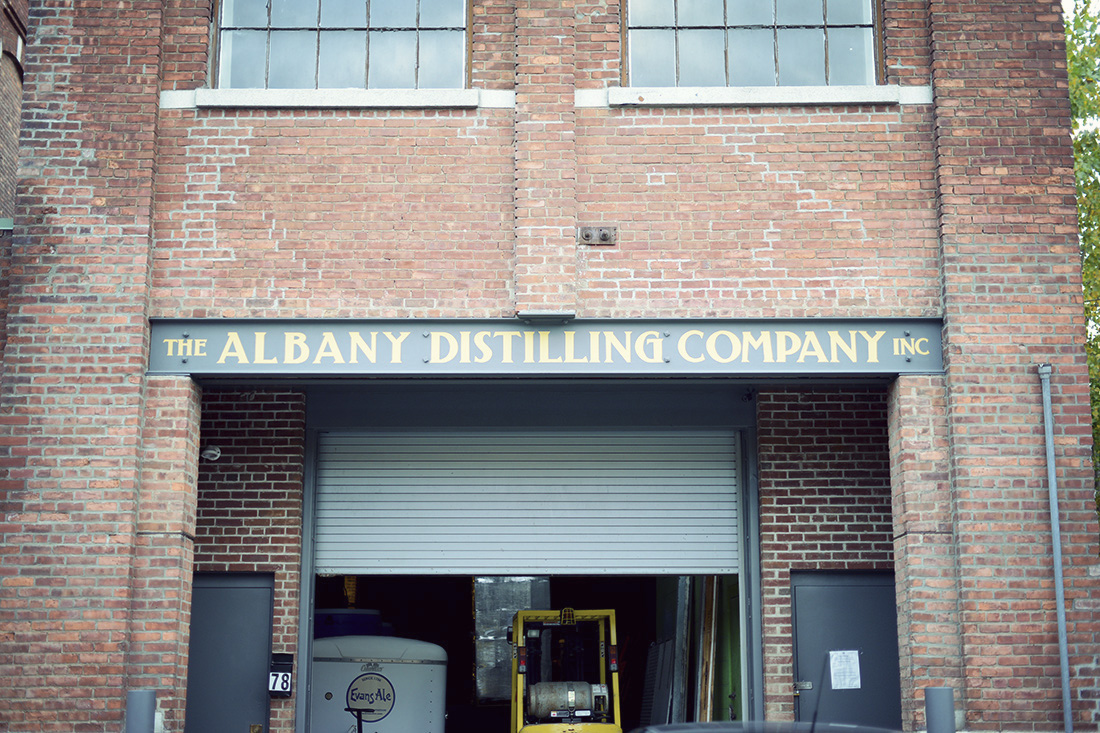 Yesterday I walked down to Quackenbush Square to check out the new Albany Distilling Co. before their grand opening on Friday. The distillery itself is tucked unassumingly into a little annex of the Albany Pump Station, in a much smaller area than one would assume (if you’ve never been to a distillery before). After finding the space (just walking in) I met Matt and John, who are responsible for this whole thing.

Inside their space, there’s a lot of interesting and well thought-out stuff going on. They’ve got a bunch of tables and tool chests on wheels, making it so it can easily be re-arranged and/or cleaned. The two things that are stationary are the still itself and the sink. The desk they were using for their computers and storage will be turned into their retail counter during their opening, and the shop will be arranged in a more conducive way to hold an event rather than when distilling spirits. This is a pretty genius way to have a space be constantly revised for whatever the goal is that day. As John said, “it’s a constant game of Tetris.”

They walked me through the whole process, which is actually somewhat simple and easy to understand (the difficulty moreso lies in the the recipe itself and the aging times). Their main product, Coal Yard, is a ‘New Make Whiskey’ or white whiskey, meaning that it is un-aged, explaining why it’s clear. I got a sample and it tastes quite different from other whiskeys I’ve had in an interesting way. It has a ‘cleaner’ taste to it, in which you can distinctly taste the ingredients that went into it as you drink it.

As a new distillery, their focus is obviously in their un-aged whiskey, but that doesn’t mean they’re not barreling up as much as they can to start aging. They had about a dozen of each 52-gallon, 25-gallon, and 10-gallon barrels that once filled, begin their somewhat long to incredibly longer process of simply just sitting there. They plan on producing spirits other than whiskey eventually, such as rum and gin, once they get the permits to do so. I am especially excited about gin. Also of note, is the amount of insane restrictions a distillery has to abide by. For example, there’s actually legal requirements to what bourbon must be made from, contain, etc., in order to be called bourbon. And this confusing legalese extends to pretty much everything they’re making.

One of my favorite parts about the visit was talking to Matt about how they got started, which more or less was that they were interested in it. Simply put, they looked up the necessary details and started learning by doing it. Matt hopes that their actions help people who are similarly interested in something to make the leap to actually begin making it happen, whatever that interest may be. It would be really awesome if there were things like chocolate producers right here in Albany.

Be sure to check out their grand opening, this Friday, October 5th, starting at 11am and going past dinner time, which should give you plenty of time to stop by. If you can’t make it, check to see if your favorite bar or restaurant is carrying their product!

Click the image above or hit the jump to launch the gallery. END_OF_DOCUMENT_TOKEN_TO_BE_REPLACED