Last night was another edition of Basilica Hudson’s Jupiter Nights.

Jupiter Nights is a new weekly series on Thursdays celebrating regional musicians and creatives through concerts, poetry readings, conversational gatherings, art exhibits, DJ nights and more. Jupiter Nights will serve as a counterbalance to Basilica Hudson’s large-scale events, with a focus on the local creative community.

It’s great to see a new small space with a good bar selection, an outdoor kitchen serving food for anyone who wanted, and people who came out to dance.

I got an email yesterday from Basilica Hudson letting me know about the event, and as a long time Teklife fan, I made the trip. Traxman jammed out with us playing tons of funky jazzy edits that were made by him that probably exist only on his hard drive. I was hoping for start-to-finish footwork, but it was still amazing to hear rare chops, foundational house tunes, and anything funky he wanted to play, which included the Charlie Brown theme song.

Rest Fest is on it’s way, and if you don’t already know, it’s a music festival that takes place in historic St. Josephs Church in Albany. This year’s festival takes place on on Sept 7th, 8th and 9th. The full lineup will be released on August 7th. They’ve been releasing details slowly and here’s what… 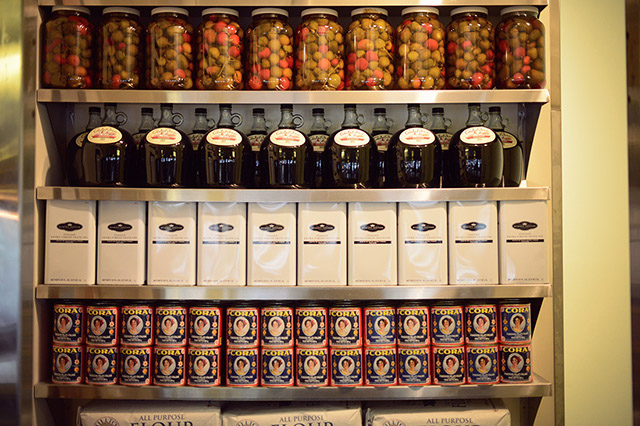 As many of you know, the latest Matt Baumgartner business venture is called Sciortino’s, an Italian restaurant in the former Miss Albany Diner, at 893 Broadway in Albany. What many of you may not know, is that it is currently open, as of today. I stopped by earlier to check the place out and take…

Saves The Day and the Get Up Kids, it was seriously high school all over again. Which was awesome. The two bands co-headlined for this tour, started on time (telltale sign they’re getting old) and split up the time on stage evenly. They both played for a bit over an hour, which is about a…

Andrew’s full photo set from Day 3 The 10th-annual Camp Bisco concluded Saturday and late into yesterday morning, and I can only imagine what the camp grounds look like right now, as the mini communities of attendees, campers, venders and staff alike clear the grounds almost as quickly as they arrived. On-site Saturday felt like…

Drug Church has premiered a new video today on SPIN, as well as announced a new EP which is currently up for preorder. Drug Church is one of my favorite bands that happens to be from the Albany area. It’s a pretty refreshing take on as it’s grounded in hardcore but often goes on tangents…