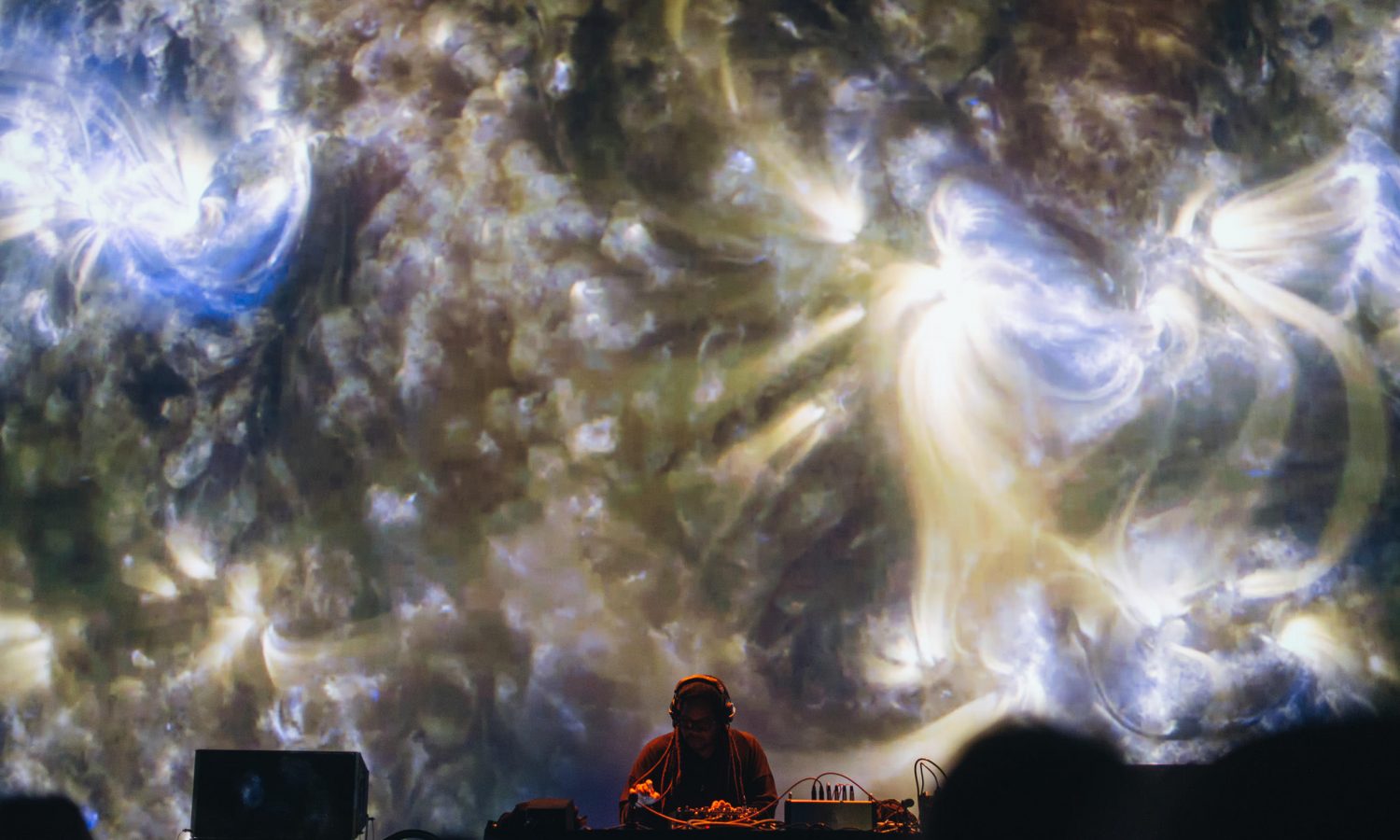 Hieroglyphic Being at EMPAC: Recap

On Friday night at EMPAC, Goodman Studio 1 and all those inside it took a trip into space. The full wall behind Hieroglyphic Being was being projected with high definition video of the sun’s solar flares in stunning detail. While feeling small and insignificant in the presence of a star doing it’s thing, Hieroglyphic Being took us further into the orbit of his music.