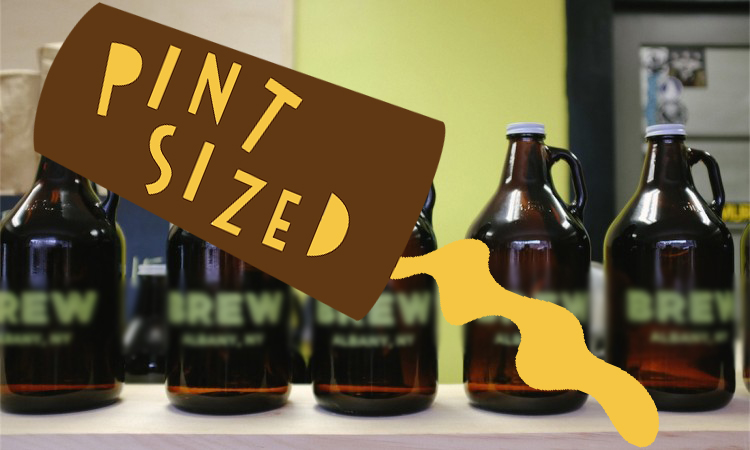 The small bar will have 12 beers on tap available by the glass or growler. In addition to enjoying craft beer on premise, there will be a wide selection of brews to purchase for off premise consumption as well. Product will be sold broken up as single units, packaged, or as mix-six packs with a $3 off discount. There will be a small wine list and a rotating food menu with light fare.

Also of interest to those who are fans of the Lark Street location:

The Albany location will have a bar for on site consumption down the road.

As a supporter and fan of Brew I’ve asked August, the one behind the whole thing a few questions about the new location and name change.

KAB: Why Saratoga? Specifically, why Saratoga over Troy?

Saratoga Springs is attractive from all angles. There is excellent foot traffic on Broadway, a crazy amount of retail, and most importantly, a strong and supportive residential base. The Saratoga space worked out cause it was the right location, right time, at the right price. I had to jump on it and I am glad I did.

When I was a kid my family and I came up every summer to check out the New York City Ballet at SPAC. I always looked forward to these trips and loved doing the walk up and down Broadway. My Pops is definitely stoked about this decision.

We looked all over the Capital Region. The net was cast wide as I really do love this region as a whole. My wife and I looked at spaces as south as Hudson, north as Lake George, and west as Schenectady. I was open to any and all ideas.

I spent about two to three weeks looking at spaces in Troy but the right space didn’t pop out at me. I get it though, I have thick dumb looking glasses and a beard, I should open something up in Troy. It’ll happen eventually, be it another Pint Sized, or something else.

KAB: How small is the new shop really?

PS: The new shop is pretty damn small. During our search we started looking at larger spaces (2,000 plus square feet) but when I started crunching the numbers these opportunities seemed too risky. The size of this space in Saratoga is slightly larger than Brew, and I am comfortable with that scope. Cozy would be the appropriate descriptor for the space.

What did you learn from Brew that led to the concept of Pint Sized? I can imagine it’s frustrating no one could come into the shop and stick around with their drinks.

The sustainability of the small scale of Brew’s model was a great takeaway from my experience here. It’s funny, when we started up on Lark Street I had a lot of feedback telling us that we would have trouble with such a small space since beer is traditionally a volume business. From my experience at the shop, I discovered just the opposite.

KAB: Is Albany/Saratoga going to operate as mirrors of one another and have the same things on tap at the same time, or will they have their own stock and personalities?

PS: There will be a lot of overlapping product naturally. If we have a limited Grimm case at Brew we will most likely have a case of it up in Saratoga too. The taps will absolutely vary and rotate frequently. They will have similar personalities once Albany is equipped to serve on site. That’s a huge reason for Brew is taking on this new name and eventually new model. I want everything to be consistent with this more refined model.

KAB:** Any ballpark idea for the Albany location to have a bar?**

PS: I want to shoot for the end of this year. We are going to have to see how Saratoga progresses first before I can put a concrete date on that. The sooner the better.

KAB: Is the coffee and other stuff going away?

PS: Brew was never set up as a full scale specialty coffee shop with an espresso program. The retail coffees have done very well so we will keep a selection of beans going for sure. Other stuff will most likely slowly be phased out.

Stay in the loop with Pint Sized on their facebook page and on twitter, and most importantly, stop into one of their locations! 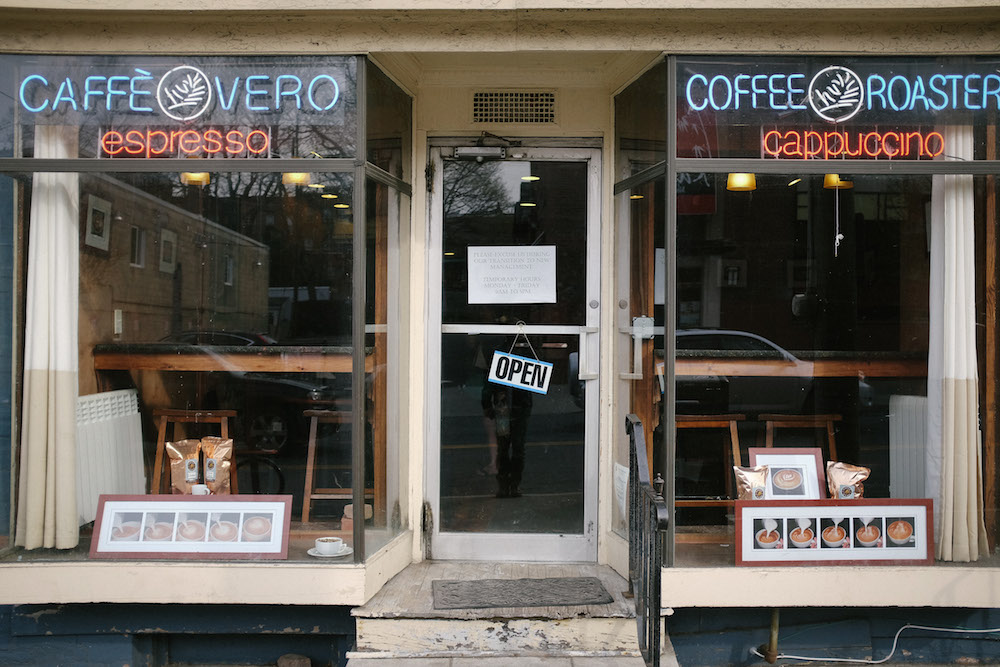 Over the past few weeks there’s been a few things rattling around about the best place to grab a coffee on Lark, Caffe Vero. They had announced they were closing, but nothing ever closed. All of a sudden there was a sign on the door asking to be forgiven for any missteps during a transition…

From their facebook: Effective October 15th 2011 the Board Of Directors of the Troy Community Food Cooperative, Inc. announced the closing of the Pioneer Food Market. November 1, 2011 a meeting will be held at Christ Church United Methodist, 35 State Street, Troy, to discuss the closure decision with the board. Thank you for your…

The following is a guest post by Ellie Burhans I could wax poetically on the virtues of bacon â€“ the smoky smell, the crisp way it crunches, the taste, how it complements nearly every other sort of food and makes it all just so much better â€“ so when I saw adverts for an event…

After getting two bottles of local spirits; Core Vodka (distilled in Valatie) and Greylock Gin (distilled in Great Barrington, Massachusetts), it reminded me of the Albany Distellery that’s poised to open soon. Upon digging, this caught my eye: The distillery will start by making unaged, or white, whiskey, with the first run available for retail…

It wasn’t long ago when I saw the beginning stages of what is now the spot in Troy. Vic and Heather have put a lot of heart into downtown Troy and it shows. Thats not even mentioning what they’ve done with The Grocery, either. Here’s to many more. Also, they’re hosting a holiday wine tasting…

[tweetmeme] Maybe you’ve heard. Maybe you haven’t. Maybe you don’t care. But there’s been a lot of rumors on the internets about Albany’s illicit, via-twitter, pizza service. Albany is already laden with places to get your pizza fix, but this one, is different for a few reasons. It wasn’t until our all-giving God bestowed the…