I was one of three judges and we kept it simple and opted for a “point-to-the-winner-on-the-count-of-three” style of judging rather than a complicated grading rubric. It was the first one of these competitions and we wanted to keep it fun and simple.

Around 7pm, Stacks started to fill up and people were enjoying the beer Rare Form had sent over. The competition started soon after and was a ton of fun. The keg kicked quickly, but almost everyone stuck around to watch the main event. The rounds were punctuated with giveaways from different roasters and a few select people went home with mugs, travel mugs, pounds of coffee, t-shirts and more.

The final round came down to Jess and Michelle and they decided to switch things up from the big latte mugs to the little gibraltar glasses. It was close, but Michelle managed to edge out Jess and became the first Albany TNT winner. Way to go!

There’s no word yet on when the next TNT will be, but to stay in the loop keep an eye on the Capital Region Coffee Collective. Thanks to Stacks for having me as a guest and judge and for hosting and organizing such a fun event. 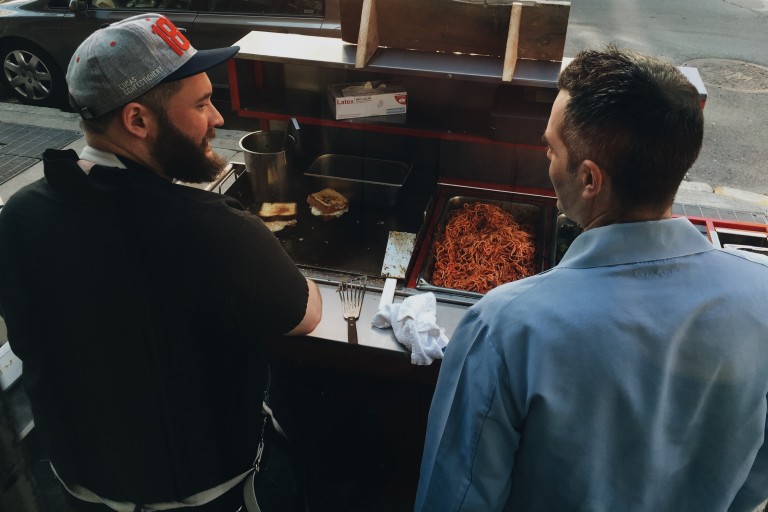