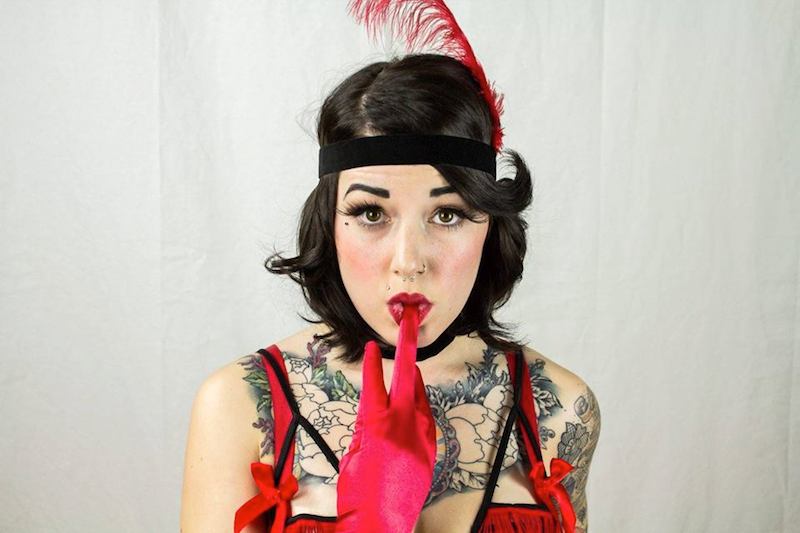 This past summer (which feels like it was ages away, while this summerâ€™s also feeling like itâ€™s ages away), I sat down with C. Amanda Boutahorse to talk about the art of burlesque, how she got into it and where you can find burlesque in Albany.

Since our interview, C. Amanda Boutahorse has put on a handful of events in her series Cult Classics and tonight is hosting a tribute to Kevin Smithâ€™s very first film, Clerks, in celebration of the 20 year anniversary of its release. Tonightâ€™s events will feature acts from Persephone Pomme, Pam Demonium, Brodie Lazzo, Corvina Underwood Nottingham Tate, C. Amanda Boutahorse, William Hughes, Lulu Madly, Baby Dead Girl with GoGo by Noelle Reign. You can find details and RSVP via Facebook and hit the jump to check out a Q+A with a relatively new performer to the world of burlesque, Persephone Pomme!

What first drew you into the culture? When you saw your first show, did you have a thought that you could (or wanted to) participate yourself? What made you want to get into it?

About 3-4 years ago I saw a documentary on burlesque, and instantly fell in love. I have been involved in theatre since I was in elementary school, and have always had an interest exploring my sexuality and empowering other women to do the same.

Along with my strong background in the hair and make up industry, it seemed as if I were made to do burlesque. Unfortunately at the time, I had no idea how to find anything like that in this area, so my burly-q dreams went on the back burner. This past September, I found a burlesque workshop in Troy hosted by NYC burlesque stars Ginger Twist and Tiny D, preceded by a show the night before. It was actually the first and only show I attended before my debut on stage! I was on the fence about taking the workshop but after talking to some of the lovely performers, I knew I had to do it. At the workshop I met Noelle Reign, founder of Burly Prep, and I can’t express to you how much she has helped me. I met with her for a lesson, and she encouraged me to get in contact with Mister James, the producer of several shows I’m now involved in. By the end of October, I was on stage at The Hollow for Bing Bamboo Room Burlesque!

What risks have you taken in your performance, or any particular challenges youâ€™ve overcome that youâ€™d like to talk about?

Most of the risks I have taken in my performances have definitely been personal ones that involve some of my insecurities. For instance, when I first started I was convinced I would never be able to twirl nipple tassels (or even go down toÂ pasties for that matter). Once I got over myself and just tried it, I realized it’s actually one of my strong points and one of my favorite elements to incorporate into my acts.

Burlesque has really forced me out of my comfort zone, in a very positive and empowering way, and that confidence spills over into my everyday life. When I got involved in performing, I was only planning on being involved in Bing Bamboo Room once a month; it’s now grown into several productions I regularly perform at. Also produced by Mister James are Roxxi Tart’s 1920’s Speakeasy Revue and Scooter Pie at Midnight; Burlesque ON THE ROCKS produced by Chardonnay LaTease; and the bimonthly C. Amanda Boutahorse’s Cult Classics.

Coming up with something interesting and different can be creatively exhausting, and costuming can be a challenge as I’m still very new, and haven’t discovered my favorite acts yet. I am by no means a seamstress, so throughout this journey I have been teaching myself how to alter my clothes, because let’s face it, not everything pretty is made to come off easily, and they probably don’t have NEARLY enough glitter and sequins. It’s also just really not cost efficient to buy a new outfit from head to toe, when lots of it could be DIY. 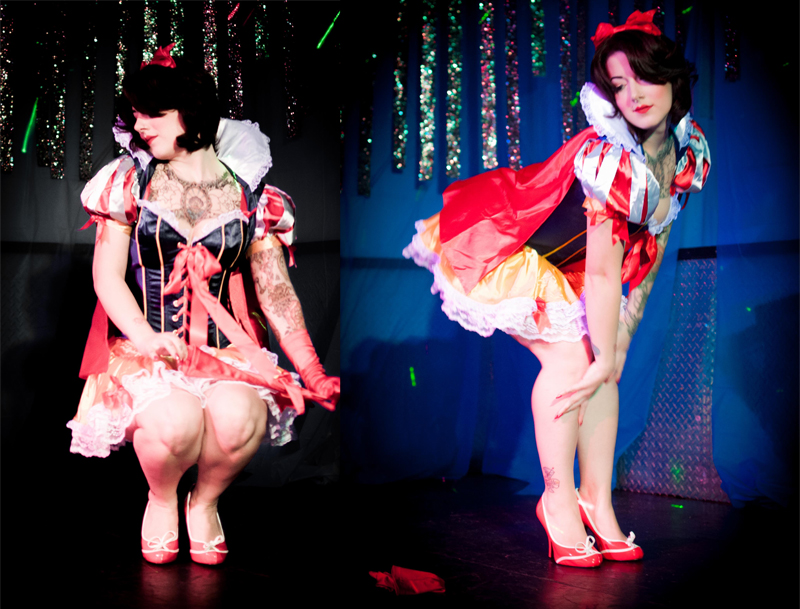 Whatâ€™s your favorite thing about performing in a burlesque showcase? In your experiences, are audiences typically responsive? What can someone expect whose never been to a show before?

Other than the thrill of being on stage, the community surrounding burlesque is amazing. I’ve never met a group of more welcoming, supportive, and open people in my life. We all learn from each other and are willing to lend a hand, it’s truly a family. As an odd girl from a very small town, it’s nice to finally feel at home with a group of people who share similar interests.

The audiences at our show truly make all the hard work and dedication worth it. At the beginning of every show, we go over “etiquette” for burlesque virgins, and what’s expected. Basically, the louder you cheer, the more you get to see! Burlesque is a very interactive art, and if the audience is acting shy we will call them out!

In addition to striptease, you will sometimes get to see variety acts as well as comedians, and who knows you might get called on stage to be an assistant or to play a game. Our audiences are typically very responsive, and many of our shows have regulars who come out and support almost every single performance! Without this support, our performances would not be the same.

What advice has really stuck with you? What was the source? Who has taught you the most about the art?

The number one piece of advice I received, and what has basically become my mantra for my performances is “If all else fails, just be sexy.” It was one of the first things Tiny D said at the very first workshop I attended, and it’s stuck with me. No matter how much I practice and choreograph and drive myself crazy, I almost always resort to this advice at some point in every act.

I wouldn’t say any one person has taught me the most about the art, but I would say Noelle Reign has truly been my mentor. Anytime I have an issue or am stuck on something, any questions I have, she’s the one I call. She always helps me with open arms. Chardonnay LaTease has helped me blossom into the performer I am, and is constantly giving me support and pushing me forward! The first time I ever closed out a show was at her production, Burlesque ON THE ROCKS, it was an honor! I also look up to C. Amanda Boutahorse, she pushes the envelope and is absolutely captivating during her performances. She’s not only an inspiration on stage, but produces events such as Pasties, Pencils, and Pints, as well as C. Amanda Boutahorse’s Cult Classics.

I am currently taking a series of dance classes to help me further develop my acts. I would really like to vamp up my Snow White act, one of my personal favorites. Sooner than later, I would like to incorporate more props into my performances, hopefully as my craft/seamstress skills improve my acts will get more creative! So be on the look out!

This upcoming month, you can catch me on March 15th at Red Square for Bing Bamboo Room as well as SPAM! I will also be at River Street Pub on March 29th for a special performance featuring a live band!

Most importantly, you can catch me tonight, February 28th, (also my birthday!) at The Hangar for C Amanda Boutahorse’s Cult Classics: A Tribute to CLERKS! Yes, I assure you, we’ll be stripping!

This Sunday the 10th, is America’s hardest single day race, The Tour of the Battenkill, and it’s happening about an hour away from Albany. This race is definitely deserving of the superlative as well. It’s 64 miles through the Battenkill Valley, with about a third of the race being on non-paved roads. The course also…

Dellarocca Booking and 90.9FM WCDB have a show coming up this weekend and were gracious enough to share a pair of tickets for a giveaway. This Saturday, June 2nd, upstairs at Valentine’s will host Man Man, with special guests Raleigh Moncrief. From Dellarocca’s site: Man Man, is a band that probably needs absolutely no introduction,…

MASS MoCA is a playground. Located just an hour-or-so’s drive away, in North Adams, it makes for an easily justifiable road trip escaping Albany for the day. The drive practically does itself, especially on a nice day, considering the trek to get there brings you through the Berkshires on scenic country back roads. MASS MoCA…

As all classic novels begin, I recently got a follow on Instagram from an account of interest. Said account is a not-yet-in-existence business based in Troy. The tagline read “Design Boutique and Bookstore + Beer, Wine and Coffee Bar”, so clearly, I was interested. About ten seconds of digging led me through their photos and… 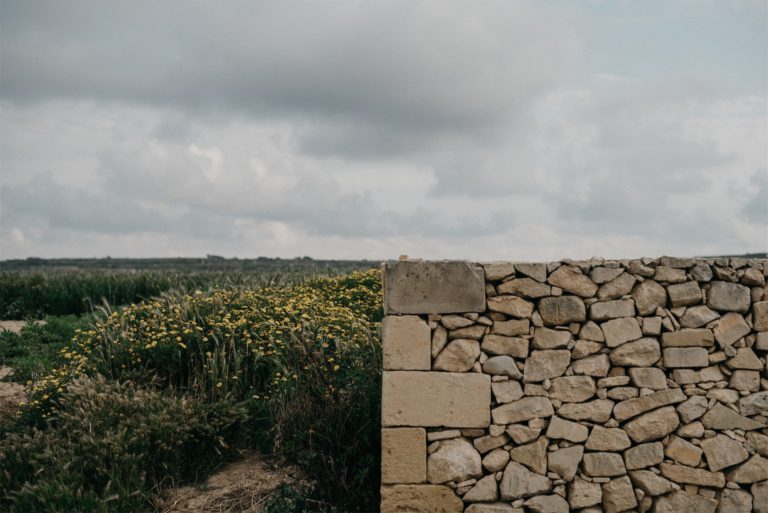