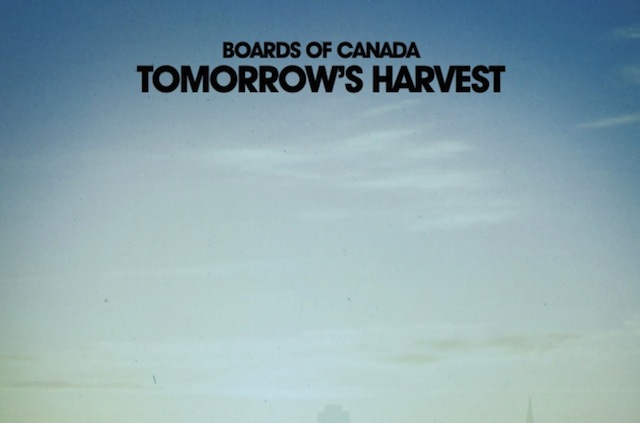 2013 has been a progressive year for music, not only for upcoming bands, such as Savages, but also for artists that are already well established in their respective fields. My Bloody Valentine dropped the stellar M B V earlier this year and now another flagship 90’s duo, Boards of Canada, have made a return with their first release in eight years. Tomorrow’s Harvest is a chilly ambient album for the summer, so if you are trying to stay cool in the upcoming months, come pick it up at Fuzz Records. For those who find that ambient stuff too boring, we also have albums from Polar Bear Club and Antidote, if you want something with a little more bite.

Hit the jump for my full review!

One of my favorite professors from college said something very eye-opening about art when I was taking his poetry class. “Once your art or your writing goes out into the world, it is not yours anymore”.

My first thought was, “What the hell is this guy talking about? Of course it’s yours!” However, once I continued to dwell on what he was saying, it made perfect sense, for no person can occupy the same space at the same time as another. Therefore, everybody observes the world from their own unique perspective, especially in terms of art. That is probably why you can take a song like “Back That Azz Up” by Juvenile and have a deep philosophical conversation about the world. To me, is it mindless babble and does not represent the essence of hip-hop, whereas to the next man, it could be a representation of all the beautiful women (who would’ve guessed).

This ideology is Boards of Canada‘s music in a nutshell, for although the duo of Michael Sandison and Marcus Eoin provide a “simple” landscape to work with, I am pretty sure everyone has their own unique take on what the group’s music means. That is why when Anthony Fantano reviewed the album on his channel, so many fervent fans responded with hate (specifically, on the BoC’s Facebook). To a degree, I can understand where they are coming from. If a group/musician creates a classic like Music Has the Right to Children, then there are going to be an army of fans ready to defend the artist’s every move. On that album, as well as the Twoism and Boc Maxima EP’s, Boards of Canada gained a huge cult following for their groundbreaking IDM and trip-hop laden dance rhythms.

The music was far from “pop,” however, it still managed to make its way into the heart of sketchy underground nightclubs, creating a sense of belonging among a selective group of individuals. On Tomorrow’s Harvest, Boards of Canada decide to make everything a little more spacey, creating a sense of isolation and introspection. Reading/watching other reviews of this album, words like “barren”, “doomsday” and “desolate” managed to come up. However, after listening to this album, I feel that it is strangely uplifting (similar to Sunbather, another great album I reviewed).

Although everyone has their own interpretation of what Boards of Canada’s music means, I am pretty sure that “cinematic” fits within the umbrella of most BoC fans. Just like openers on previous albums (i.e. “Wildlife Analysis”), “Gemini” provides a landscape ripe for exploration. The droning synths on the track actually remind of one of my favorite Super Nintendo games, Metroid. Similar to the soundtrack for the game, it is eerie and sinister, like something bad is going to happen (like you are going to walk through a corridor and fight the last boss).

This song segues into the album’s first single, “Reach for the Dead”, a song I was not too keen on the first time I heard it online. However, I respect the song more within the context of the album, as it ties into the other tracks in a more cohesive manner. I like the synth arpeggios and how it crescendos but never really resolves, leaving me tense and uneasy, like the soundtrack to a futuristic thriller. I believe that fans of the Blade Runner soundtrack will enjoy this song, outside the entirety of the LP.

The fourth track on the album, “Jacquard Causeway” is not only the longest track on the album, but it is also one of the moments that shine. If you listened to MHTRTC and liked the song “Rue the Whirl” as much as I did, then you should be able to find the similarities. The song carries the semi-boom-bap flare, as well as the hypnotic tone, it just comes across as much colder. Over the course of its six minute timeframe, “Jacquard Causeway” manages to evolve subtly, especially at the end, when these beautiful strings swell up and lightly wash over the beat. The theme of nature that has been prevalent over the BoC discography is still present on this track and it still serves its purpose.

Tomorrow’s Harvest spans over 17 tracks, however, it does not feel like it’s that long, for a number of reasons. For one, the album is constructed in a way that feels organic; the beats and the synths go on this ebb and flow journey, even if the instrumentation is electronic. The other reason is because the album is comprised of shorter motif tracks that tie together the more drawn out tracks. Take for instance the song “Telepath”, a song that has the same Metroid like tinge that “Gemini” contains, with the robotic counting that is akin to BoC’s “Aquarius”. Or the track “Uritual”, which is pretty uneventful if one was to listen to it by itself. It acts more of a transitional point, rather than an actual “song.”

Out of all of the “apocalyptic” laced textures on the album, “Palace Posy” provides something that is uplifting and empowering. The song starts off with this 4/4 beat and these pulsating synths over the top. The song remains this way for about two-thirds of the way through, maintaining its drive and rhythm, right before these chorus vocals break through. To me, they sound like distorted African tribal/gospel vocals. Once again, BoC manage to create something truly organic from a synthetic compost. 12 years since their magnum opus and 8 years since Campfire Headphase, BoC show that they are still in control of their domain.

“Nothing Is Real” is another uplifting track, with its twinkling synths swells and steady beat, followed by “Sundown” and “New Seeds”, two of the more warmer tracks on the album. The only thing that I am disappointed about in regards to the album is the closer, “Semena Mertvykh”. It works more like a motif rather than a song that brings closure. The track does feel like the “end” of something, just not like the end of an album. BoC being BoC, I am sure that they have the artistic license to end the LP in such a cliffhanger fashion, it just does not personally resonant with me as of right now.

“I don’t think we hear our own music the way other people hear it, so it’s difficult to say whether we hear our sound in other people’s work” Sandison states in an interview with The Guardian. This is a statement that is rings true, not only for Boards of Canada, but for all forms of art. For example: Loveless, to some, is just a wall of sound, whereas to me, it is a statement of musical genius. Similar to My Bloody Valentine, Boards of Canada have made return this year after an extended absence, building on a style they left behind for countless imitators, while still remaining triumphant.

There are two more intriguing statements that Sandison makes in this interview: “We’ve become a lot more nihilistic over the years. In a way we’re really celebrating an idea of collapse rather than resisting it”…”Humans like to feel there’s a purpose, even if there isn’t one!” Maybe that is the whole part of Tomorrow’s Harvest: to have no point, to make us realize how dumb we are, to create something that collapses in order to make way for the new. Why the hell am I “reviewing” an album if you are just going to hear it differently anyways? Also, to all of the other critics out there reviewing the album, using the word apocalypse, just remember the original meaning of the word: a lifting of the veil or revelation.

Overall:
– If you want an album that is introspective, cold, calculated and immaculately produced, then listen to Tomorrow’s Harvest. It’s patient, meditative, wise and expansive all in one package.

– Although I believe this album is great, I will say that it is not the best entry point into Boards of Canada’s music. Tomorrow’s Harvest requires a lot of repeats in order to appreciate the album’s concept. This album is somewhat of an antithesis to the IDM inspired work of BoC’s back catalog. In order to fully grasp what BoC are about, I would recommend Twoism and Music Has The Right to Children.