Limited edition hard copies are available for sale on his Bandcamp, as well as digital copies from a variety of forums. Check out his website for more information. The official release show for Almost Home is on February 28th at the Bayou Cafe with performances by Against The Grain, Trusic Music and SMGs, and will feature guest appearances by JB!! aka Dirty Moses and who knows who else. RSVP and be there.

Masai made two tracks from Almost Home available for streaming in advance of the official release date about a month ago – “Circles” and “February Pimpin’ (Tax Money)” – and in the month following, both tracks have been running in and out of my head. When I got my tax return (which ended up saving my spontaneous road trip to Louisville – spend it like you got it!), I had to run to Facebook immediately to tell Masai I was February pimpin’ myself. The track, which features JB!! aka Dirty Moses, is fun and if you don’t have fun with it, then you probably owe the government money and are sour about it.

Track by track, there’s something different to learn each listen. The album is a lot of material to take in, from the lyrics, to the cuts, to the production and guest verses – but has a listenability to it that makes it easy to absorb and even easier to enjoy. There’s a lot of gems in there lyrically and the production is high quality, with neither component overshadowing the other.

Masai put in some serious work over the past year, but didn’t go about it alone by any means. His good intentions, to bring together other area rappers and producers, weren’t without careful thought, consideration and even risk, as the collaborators come from different backgrounds in music and walks of life, and may or may not have worked together before. From what I’ve learned, many haven’t crossed paths prior to this project, despite living in the same city and making music. I think it’s important that sometimes it takes one person, sometimes out of selfless necessity, to be the glue to build something better. Sometimes we just need a starting point to help us get started.

Masai wrote about his album better than I ever could, whether in his humorous advice for enjoying each day of the 28 days of February Pimpin’, or about music scenes, his perspectives, his album, etc.

From Masai, “While it appears kind of fun and lighthearted, the “toy figurine” in the back cover art (photographed by Courtney V Photography) holds my mother’s ashes. As with most things in life, there’s a story behind the imagery that reveals more than meets the eye. I’d like it to serve as a reminder to those who’ve become set in their ways, that they don’t always know what lies beneath the surface, and they should never presume to know everything about any one individual or group. I hope that those of you who take the time to listen to Almost Home get to know me better, and have a better understanding of what lies beneath my exterior.”

See what I mean.

Masai broke down the backstory track by track for me and I feel honored that he took the time to do so. (More artists do this!) I highly recommend listening to this record in full, no skipping ahead, no shuffle (although the individual tracks have the strength and weight to stand alone). This is an album that is meant to be listened as its presented – as a collection. And for bonus-level listeners, as a three-album series portraying and preserving growth.

In list form, shouts to Absolute, DJ Nate Da Great, Mike Arson, Raw Threat, Mirk, Dood Computer, PJ Katz, Knowle’ge, Madness (of ATG), Kass Crook, Micka Mex, Critical Beatz, Tee Sdot, Jack Of All Trades, JB!! aka Dirty Moses, Sev Statik, Cokane Beats, Against The Grain for their contributions and hopefully I’m not leaving anyone out. Shout outs five time fast. Additionally, the album features sampling from “Just Can’t Find The Words” by Karina, “No Woman No Cry” by Bob Marley and “Life’s A Bitch” from Nas, to name a few. Like I said, it’s a lot of material, but it all works swimmingly and isn’t overwhelming to the listener.

KAB picks: “Circles”, “Hands Up”, “This Time”, “Where I Went Wrong” and “February Pimpin'”. Ask me again next week and I’ll likely have a new batch of favorites from this album. Oh and the title track, “Almost Home.”

Also – we can’t forget the music video for “February Pimpin'” Check it: 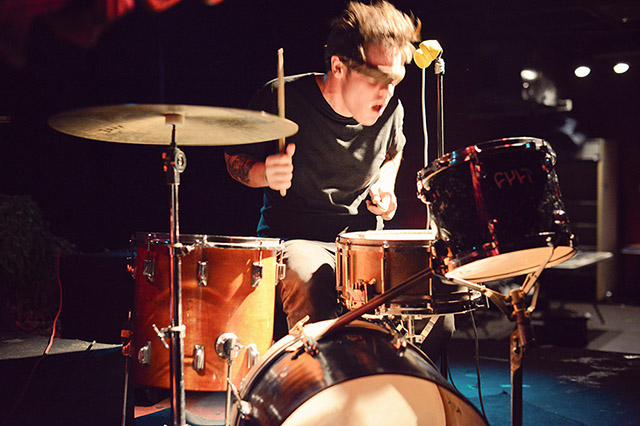