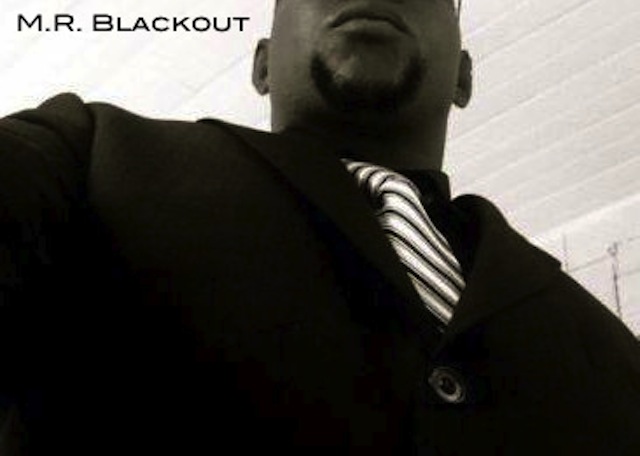 Today marks the release of the latest project from M.R. Blackout, a Schenectady-based emcee.

The New Perspective is the first time I’ve had the pleasure of listening to M.R. Blackout in the recorded format. Considering I’ve caught him perform live and had countless conversations about music in the past, it feels long overdue.

As a sequel to 2011’s “Keep Your Eyes Open”, this 11-track album includes a generous handful of features from many players in the blossoming and ever-expanding 518 hip hop community. Blackout’s new album is the first taking the focus away from his own production efforts and putting the spotlight back on his lyricism. The New Perspective features production by Rawhead, Mitochi, Dood Computer, PJ Katz, Loki, and Scott Chambers, with guest appearances by Dood Computer, Mic Lanny, IB, SMG’s and Devin B. The album also features cuts from DJ Nate Da Great and all tracks were mixed and mastered by PJ Katz of Fat Buckle Audio.

At this point in focusing my efforts specifically on local hip hop, I’m relatively bias and simply get excited whenever my friends work together on creative endeavors. This album is no exception to that and I commend M.R. Blackout on curating with every collaborator’s specific talents and areas of expertise in mind. The sample on “Hometown Hero” is a nod to exactly that and also happens to be one of my favorites on the album.

The album as a whole flows well together and maintains a laid back, chill vibe, with all the different collaborations strengthening the album as a balanced, collective effort, all while providing a stage for M.R. Blackout’s vocal delivery and expression. He’s definitely been keeping his talent to himself in recent times and I’m happy that’s changing now with this most recent release. I’m sure he’s got much more up his sleeve as well.

From M.R. Blackout himself — “Along with working with other producers and building relations with my local hip hop community, I deliberately went in a different direction with the beat selection. My aim was to challenge myself as an emcee while rhyming over tracks that are loaded with energy and could get people moving. It was an honor to rhyme along side all of the guests that appear on the album, as well as rapping over all the tremendous beats the producers crafted.”

It’s a bit of a quick listen clocking in at just under a half hour, but I’ve found myself leaving it on repeat and catching different lyrics and pieces of production with each different listen. My personal picks from The New Perspective are “Not Your Typical” ft. Dood Computer, “Hometown Hereos” ft. Devin B, “The New Deal” and “NwTLMe.”

You can check out “The New Perspective” over on Bandcamp and also place an order for a physical copy, which M.R. Blackout handcrafted the CD jewel cases himself. DIY with the best of em!