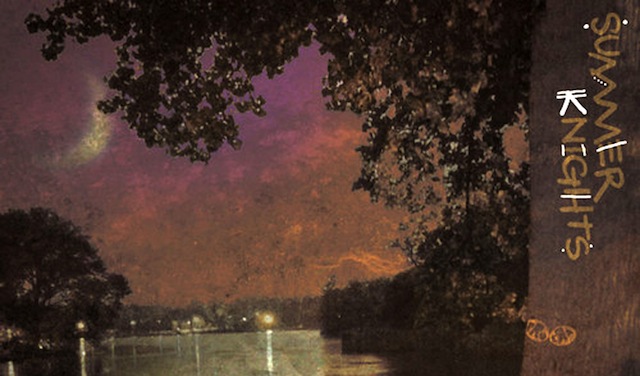 It is no doubt that Joey Bada$$ is a breath of fresh air for hip-hop. Years before he and his Pro Era collective burst upon the scene, many would say that hip-hop was at an all time low.

A lot has happened for the young lyricist ever since the release his 1999 mixtape last year, including massive exposure due to the “Survival Tactics” single, extensive touring, a feature on A$AP Rockyâ€™s album and the unfortunate death of Capital Steez.

Now, we have the Summer Knights mixtape, an extension of what made the 1999 mixtape so attractive in the first place. While this project isnâ€™t launching Bada$$ into a new territory altogether, improvements are heard, due to more producers (including DOOM and DJ Premier), as well as a more mature and slightly more technical Bada$$.

It is clear that Bada$$ has an appreciation for that old-school boom bap sound, however, he is not afraid to make it known that he has his own style. By now, if you hear a Joey Bada$$ song, you know itâ€™s his voice lacing the track, sort of how you know a Deerhunter song is a Deerhunter song without actually looking at the title.

On the opening track â€œAlowha”, Joeyâ€™s voice sounds deeper and more hungry as he spits â€œAinâ€™t shit on my mind but this rhyming” over a sinister beat produced by Kirk Knight. This shows that Bada$$ is still willing to display how much he wants to be recognized as a lyrical force in the rap game, although it is pretty safe to say that he has made an impact to the game already in his short career.
The production on this project is also varied and features a number of prominent producers coming through to provide beats, such as The Alchemist on â€œTrap Door” and DOOM on â€œAmethyst Rockstar” (although to be honest, it is not one of my favorite beats on here).

Lee Bannon also manages to produce a few joints, one of which is “95 Tilâ€™ Infinity,” my favorite song on the entire mixtape. Think of this song as the opposite of â€œSurvival Tactics” with its ethereal and spaced out production, bordering on the line of psychedelic. This goes to show that Joey Bada$$ is going to continue to grow as an artist well into the future as long as he keeps his head on straight.

The production, rhymes and overall concept of Summer Knights is tight, showing a steady evolution in the style of Joey. Now all we have to do is wait until his official full-length is dropped to see how everything is put together as a holistic project. Until then, enjoy Summer Knights.

Next ArticleQuality events for this weekend vol. 93