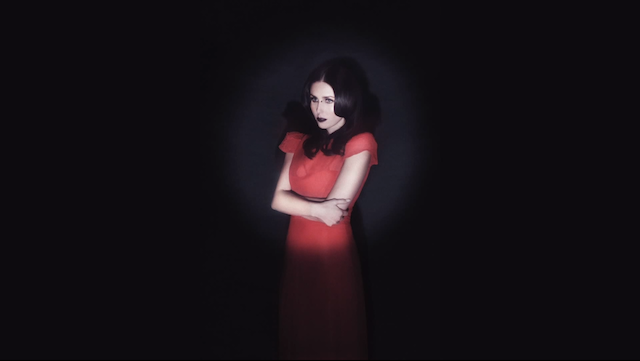 The traditional image of an artist: someone who is willing to put themselves through an emotional, mental, and/or physical gauntlet in the pursuit of creative expression. In order to create, one must be isolated from the world and be willing to delve into their own soul, extracting whatever is needed for said expression. There have been plenty examples of this throughout history, whether it is Bruce Lee or Van Gogh, Kevin Shields or Billy Corgan. Not every artist is anti-social, a perfectionist, or â€œdarkâ€, however, the nocturne is what ultimately drives Chelsea Wolfeâ€™s work. From the lo-fi beginnings of The Grime and The Glow to the trip-hop/noise rock influenced Apokalypsis, Wolfe has shown she can weave in and out of the threads of different genres. On her new album, Pain is Beauty, Wolfe proves to be more prolific now than at any other point in her career. Her latest LP is a sonic cauldron of industrial rock, goth rock and doom-folk (with a hint of electronic tinge) that stays true to its title.

Although there have been other songs by Wolfe that exude an electronic influence, this album makes it more apparent, right from the beginning. The syncopated drum hits on â€œFeral Loveâ€ show a dark IDM influence via old Massive Attack (or even Crystal Castles). While the track goes in a different direction from older material, it still seems very appropriate. Right after that track is â€œWe Hit A Wallâ€, one of my favorite tracks off of the album. The track could have been featured on Wolfeâ€™s Apokalypsis, due to the fact that, stylistically, it matches up with the tone of a lot of songs featured on that album. On this song, however, Wolfe improves upon her already mature songwriting, with pulsating drums, violins and beautiful vocals (with or without the effects).

Throughout the LP, Wolfe still manages to maintain her sense of melodic presence, especially on songs like â€œDestruction Makes the World Burn Brighterâ€. Much different from a lot of the other material on the album, this song takes a 60â€™s surf pop/psychedelic turn. Still, within the context of the album, it fits well and Wolfe manages to accomplish what a lot of other musicians do not. The song is melodic but not overbearing or sugary, catchy but not mundane, emotional but does not try to hard.

While I loved the album overall, there were some spots that were blotchy. For example, the song â€œSickâ€, while it used interesting sounds, felt not as developed as other songs and tended to meander towards the end (the same could be said for the song â€œKingsâ€). The track â€œLoneâ€ (right after the beautiful ballad â€œThe Waves Have Comeâ€) closes out the album, for lack of a better term. This is the shortest track on the album and does not give a feeling of complete closure, which is a bit of a disappointment. All in all though, Pain is Beauty is dynamic album. Give this a listen and pick it up, it will be perfect for anyone looking to enjoy the winter alone while still wanting to indulge in pain, as well as beauty.