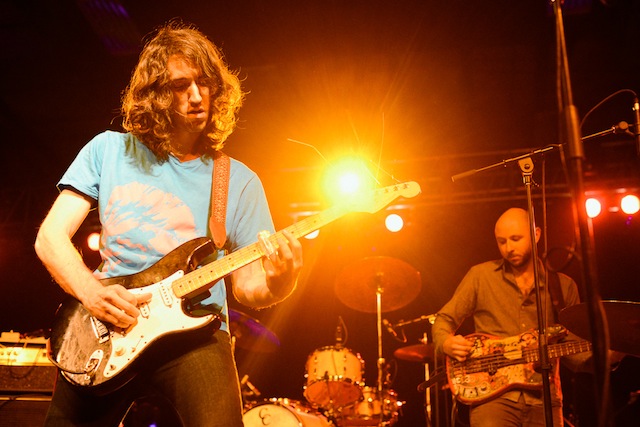 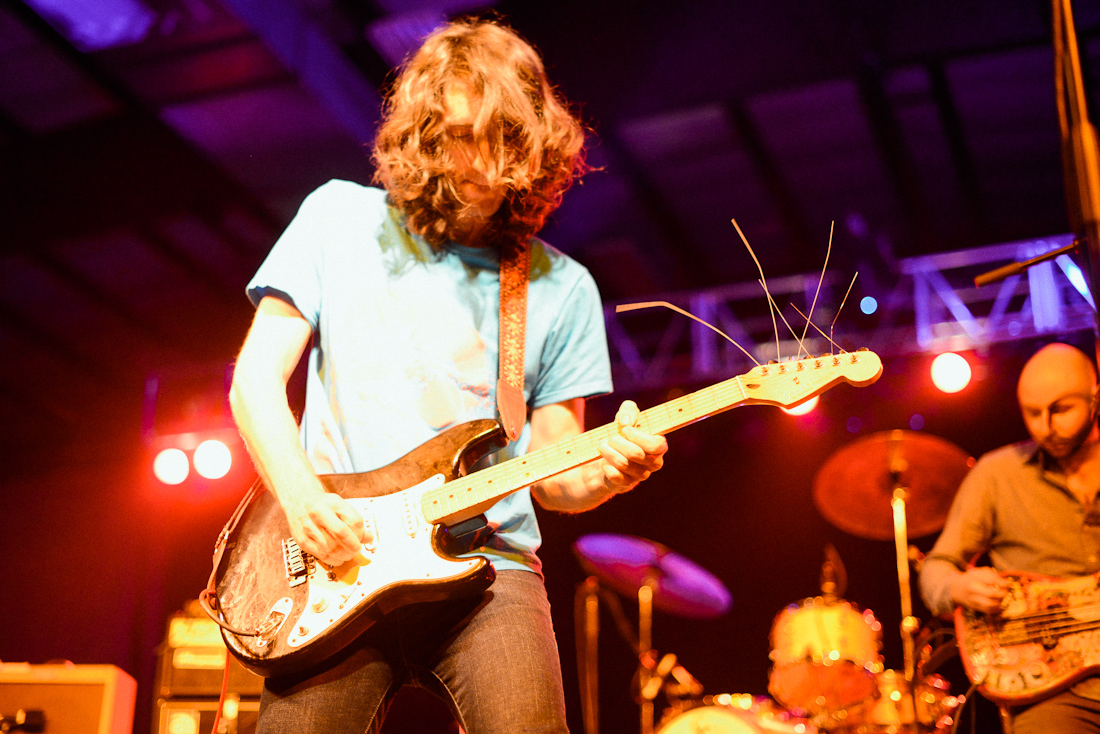 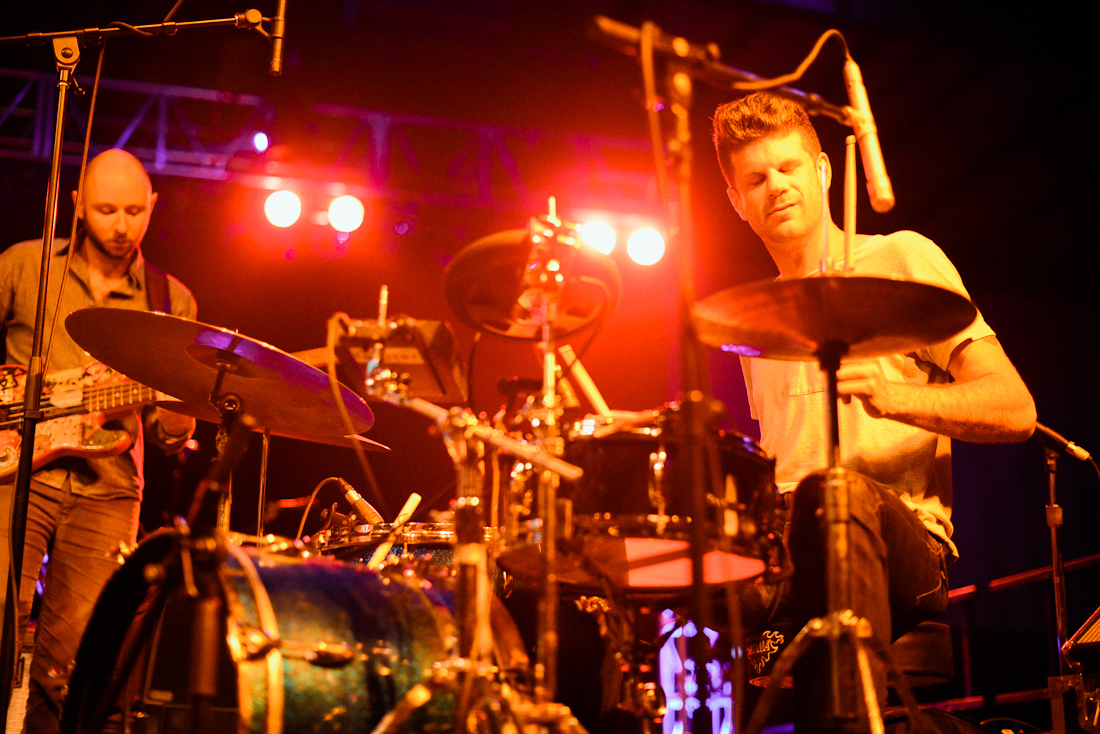 The past Saturday, the gymnasium at Skidmore played host to bands Delicate Steve and the Dirty Projectors.

As a thin crowd filtered in at the beginning of the night, the gym felt like a strange venue to host a show, one almost reminiscent of a high school dance, but that in itself was something different and therefore appreciated. It’s not every day you can see bands that typically play sold out (and consequently tightly packed) venues in larger cities. Once the music started and the lights were off, the mood of the evening transformed rather quickly into that of a concert and it all came together properly with ease.

I know I’ve said it before, but a bill of two bands is one of my favorite formulas for live music. Performance, a quick intermission, performance. With this set-up, the bands can feature totally diverse sounds and the show will still be enjoyable. In the case of this particular show, the bands complimented each other wonderfully and both brought quality craftsmanship and creativity to their sets.

Delicate Steve is a five-piece from New Jersey, whose music, I quickly learned, brings a distinctive inventiveness to the instrumentation of their live set. The guitar playing in their set drew me in from the beginning and the other members worked well together in creating their compositions. The band’s music is mostly instrumental, with some songs featuring light vocals. It has a hypnotic quality to it while still being danceable and overall was a pleasant surprise and kickoff to the night.

Seeing the Dirty Projectors in a setting such as Skidmore was a really fun opportunity to take advantage of. The Dirty Projectors have been playing together for a decade now and have released seven full-length albums during their time as a band. The band played songs off their latest EP, “About to Die,” and also off their latest album, such as tracks “Offspring Are Blank,” “See What She Seeing,” and “Gun Has No Trigger.”

In my opinion, Amber Coffman is the standout talent of the group and hearing her sing live made the show for me. She holds a captivating stage presence and balancing her vocals with Olga Bell was very complimentary during the set. The pair executes an interesting display of what sounds like vocal gymnastics at times and is really fun and interesting to watch.

Keep an eye on Skidmore’s event calendar, for as we recently learned, not all events are exclusive to students.

Hit the jump or click the image above to see Andrew’s full gallery!

For your work soundtrack this week, I suggest downloading this year’s compilation from the Astro Nautico crew. Released on 4/20, the label put together their third volume of their Atlantics series, which is available for free download. The third compilation features a generous handful of producers and the tunes span genres that end up all…

Apologies for the randomness of these music Monday posts. Zomby is a producer that’s released a ton of material of all different sounds and each release is different from the last. I’ve had a bunch of his tracks for a while, but his new release Dedication is something else. I recommend listening to the album…

A little while back, Bear Grass shared their video entry into NPR’s Tiny Desk Concert Contest. It’s a fun video for a great song and I’d recommend giving it a listen. If you like what you hear, check out their bandcamp for more. Bear Grass is Katie Hammon (lead vocals and guitar), Tommy Krebs (Guitar,… 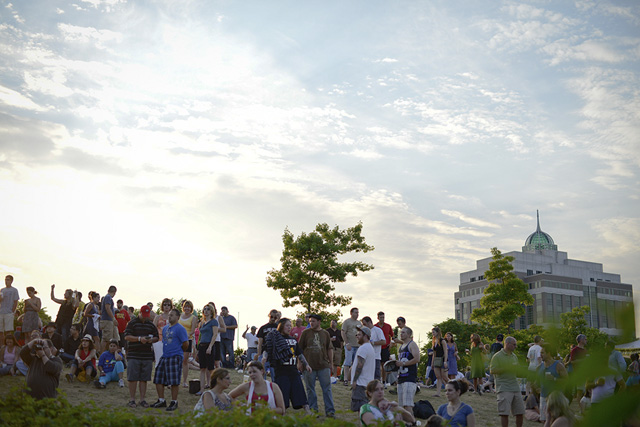 Took the camera with me for a walk today, hung around for a bit at the amphitheater then headed home. Nothing anyone doesn’t know; just enjoy the photos! Click the photo above or hit the jump to launch the gallery. 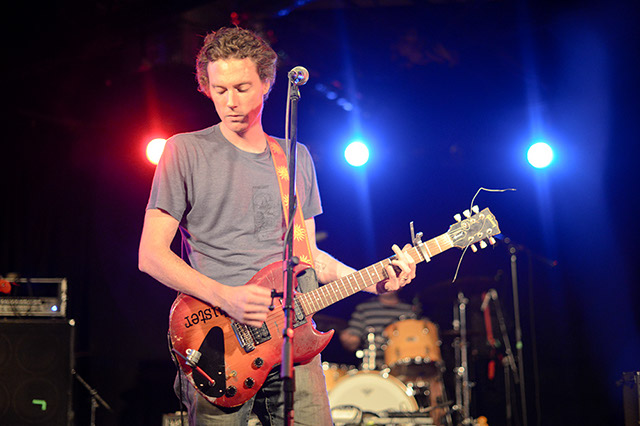 This past Wednesday was Built to Spill, Helvetia and Revolt Revolt at the Upstate Concert Hall. I unfortunately arrived as Helvetia was setting up, so apologies to the Revolt Revolt crowd. I haven’t ever seen Helvetia or Built to Spill live, so this was definitely a treat. Helvetia strongly reminded me of Control-era Pedro the…