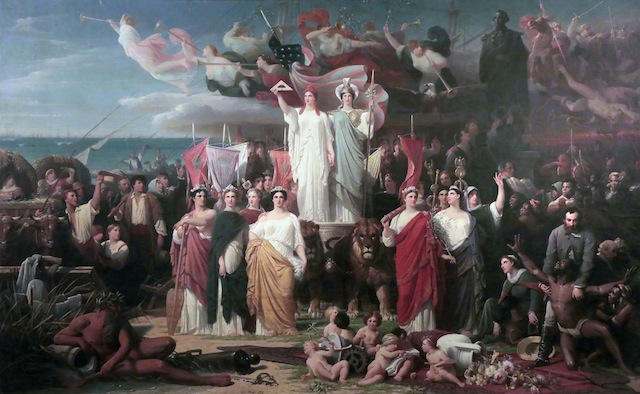 From the New York Times

ALBANY â€” For the last decade or so, one of New Yorkâ€™s most curious and controversial pieces of public art has been hiding, Oz-like, behind a big green curtain.

The work in question is a 19th-century mural titled â€œThe Genius of America,â€ a sprawling 30-foot-long fantasy at the State Education Building whose depictions include angels, babies and women in togas; Gen. George Washington and a god of war; and what seems to be a group of colonial zombies rising from the grave.

Amid that symbolic swirl, in the lower right corner, is a striking and some say unsettling image: a slave in loincloth being held under the arms by a well-dressed white man.

What a fascinating read. It’s crazy how people working in the State Education Building can be offended at a piece of artwork, which reflects on the history of the United States. Hiding the past behind a green curtain doesn’t get rid of it, but I guess it can stop many from the extreme burden of having to simply think about it for ten seconds.

Will the painting again offend or merely mystify people who will wonder what all the fuss was about? Will more explanation clarify or confuse the paintingâ€™s meaning?

You can download/see the full resolution version of the painting here. 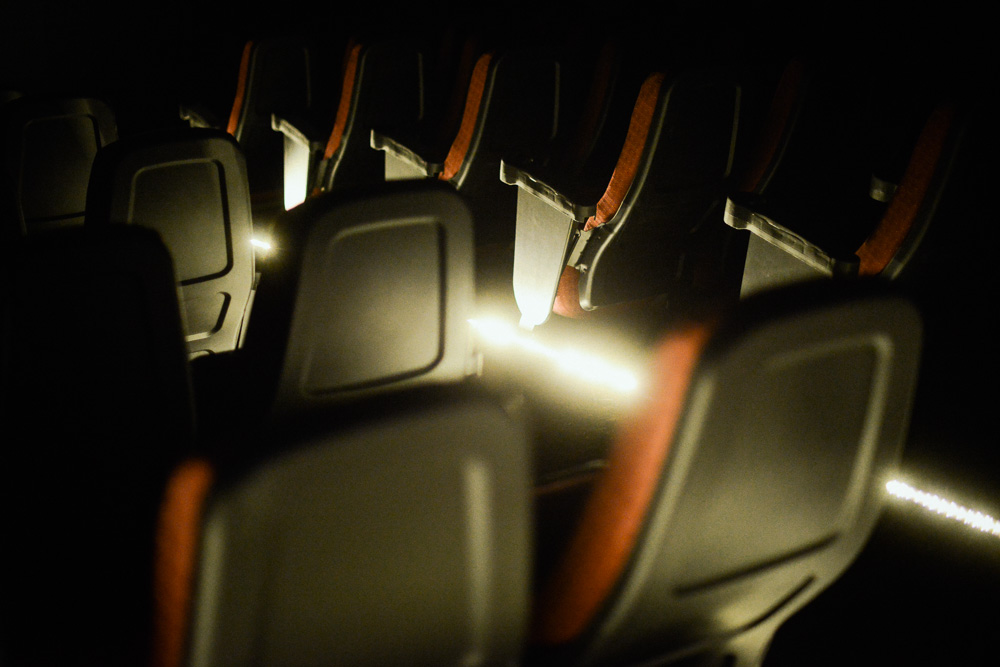 The Madison Theater is opening its new 175-seat live entertainment venue with a jazz performance by Nancy and Spencer Reed Quartet on Saturday, Oct. 25. The venue was part of the original plan for the theater, and fills an awesome hole in mid-cap venues inside of Albany. Keep up with the Madison Theater on their…

This Saturday, November 19, 2011 from 6:00pm-10:00pm the Albany Center Gallery Hosts Annual Gala at Tasteâ€™s Penthouse on 30 South Pearl Street, entitled â€œUne SoirÃ©e de Monte Carloâ€ which roughly translates to â€œAn Evening at Monte Carloâ€. This year, the annual black-tie affair will be soaked with a casino-inspired aesthetic and games to match, such…

Recently, some friends and musically-inclined, like-minded people decided to join forces to create the Albany Music Coalition. The goal in mind is to provide an interactive forum for local musicians to share ideas and coordinate efforts, in providing the community with information regarding our diverse, local music scene. The Coalition aims to serve as an…

Bringing our interview series threefold for this month’s deluxe combo of on the sly X OUTPOST1, comes from Wheez-ie. Hailing from Houston TX, Wheez-ie’s been rippling the bass music pool with two EP releases this year, All Worked Up on Well Rounded Individuals and Keep Yer Chin Up on Embassy Recordings, (scope the write up… 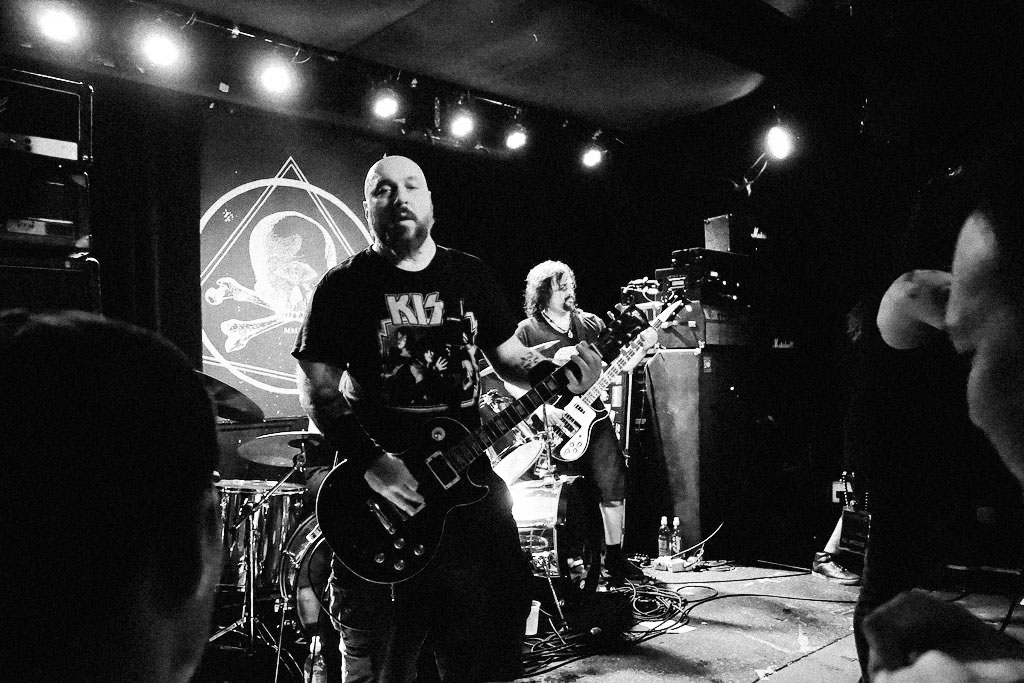 There’s an awesome metal show happening this Thursday at Fuze Box. On the bill is Ringworm, White Widows Pact, Culture Killer, and local rippers Sick Mind. Ringworm will be performing their album “Justice Replaced By Revenge” in it’s entiretly. Tickets are $12 and doors open at 7pm. For more info, head to the Facebook event….

Today Andrew Cuomo announced a plan to reduce the number of people searched and subsequently arrested by Mayor Bloomberg’s racist stop-and-frisk policy. The legislations calls for the penalty of possession of fewer than 25 grams of weed to be changed from a misdemeanor to a violation. Marijuana was decriminalized in New York State in 1977;…