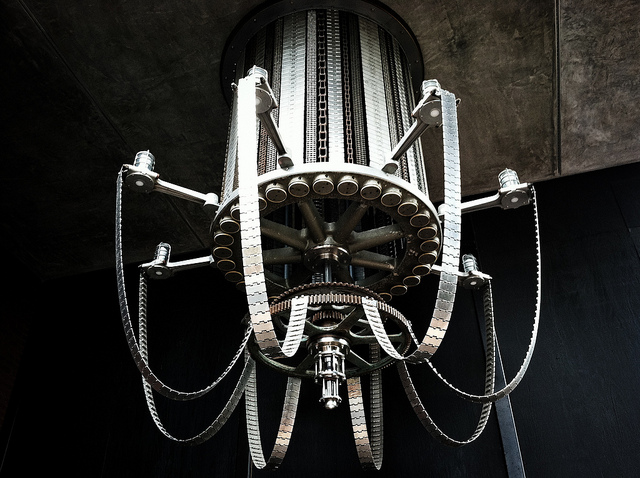 From the New York Times:

Mr. Crawford, who the authorities say works for General Electric in Schenectady and lives in Galway, N.Y., believed the device would enable him to secretly poison people with lethal doses of radiation from a safe distance, the authorities said. On Wednesday, federal prosecutors charged Mr. Crawford, 49, and an engineer, Eric J. Feight, 54, of Hudson, N.Y., whom the authorities described as a co-conspirator who works in industrial automation, with conspiring to provide support for the building of a weapon of mass destruction. The authorities say Mr. Crawford relied on Mr. Feight to design the weapon.

â€œFrom our investigation, the device â€” and there are a number of components that needed to be put together â€” would have been capable of emitting X-ray radiation that would have caused death,â€ a prosecutor, John Duncan, said in an interview.

Glad this one ended in arrests, with no one hurt. Read the full story at the TU.

Sparks, Loko and the most dastardly of all: SMIRNOFF ICE. This is so stupid that anyone in the government gives one shit about dumb kids doing dumb shit. Outlaw this and guess what? They’re still going to do dumb shit. From the Daily News: The city Health Department wants state lawmakers to make it illegal…

the troy record is going to teaching old people about twitter and facebook [tr] a big ass (9,000+ gallon) propane truck was on fire in hoosick [tr] troys is getting all redeveloped like [tr] former ballangers is going to open into a big beer disneyland [tu] the airport gained an exit off the northway [tu]…

KFC knife fight turns to this. Probably worth it. From WNYT: Albany Police are investigating a fight on Delaware Avenue Tuesday evening that resulted in one of the men involved driving off from the scene, into a building. Police say there was a fight in front of the KFC on Delaware Ave at approximately 8:45pm….

3 idiots heading to jail after breaking into a bunch of places and making off with a few baseball cards [tu] 13 year old who started some ruckus at the rollerama got tased, bro [tu] albany dude set a church on fire in pa [ynn] fuller road construction is starting (did it ever stop?) [ynn]…