Last night the college ghetto was a total ghost town except for the sound coming out of Bogie’s. There was a huge stacked bill at the region’s best metal club, and people noticed. It wasn’t mega-packed as almost no late show on a Monday night is, but there was a comfortable amount of people ready to headbang and get their fix of crossover metal bands.

I arrived just in time to catch San Franciscio’s Early Graves, who are label-mates with Aficionado and Drug Church. Knowing only this, I was eager to check them out and I was glad I did. They reminded me of a mix of Gaza and R.A.M.B.O, which definitely is a good thing. If you missed the show and you’re not familliar, you can check out their new song ‘Pure Hell’ premiering on NPR today, or check out their album below.

Once Skeletonwitch took the stage, the room filled up and everyone was getting really excited for the headliners to melt some faces off. They went back a few albums and played a ton of stuff from all of their records which was great to hear. Bands usually tour to support their new records and primarily play material off them, which makes sense, but it’s still nice to hear a mix of new, old and the in between. I saw them last time they were in Albany at Valentine’s and they were even louder and heavier this time. Also worth noting, they had a ton of weird merch such as beer koozies and pint glasses (of which I bought both) alongside underwear and all sorts of other normal things.

Total bummer if you missed this. You’ve got to catch both these bands the next time they’re in town.

Click the image above or hit the jump for the full gallery! 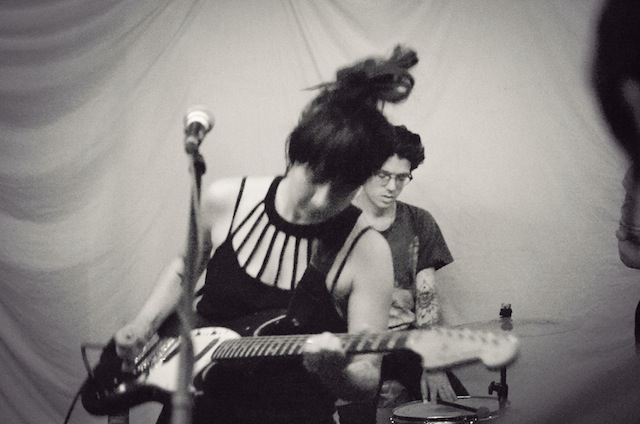