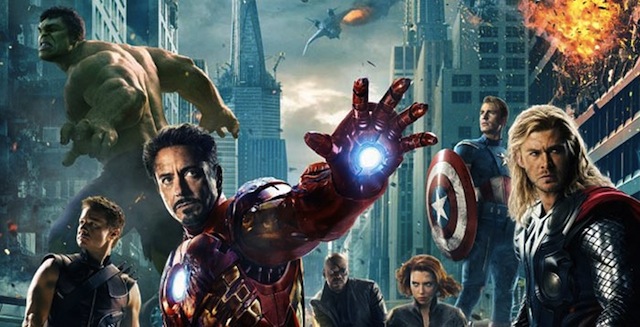 The Avengers was an impossible movie to not pay attention to. The Marvel world has been a brightly colored universe since Iron Man’s shockingly enjoyable and smart step out into blockbuster movie territory back in the summer of 2009. I still maintain that Iron Man’s extremely high critical reception was due to the fact that no one expected it to be as good as it was, but that’s an analysis to be saved for another day. With each release the Marvel movie universe expanded and the anticipation for The Avengers heightened. Every movie has been a slight gamble to see if they can pull it off, and except for The Hulk, they’ve all passed the test. Yes, even Thor. It’s goofy, but keep in mind that these are all franchises based on costumes, magical hammers and a man with a gigantic magnet in his chest. The level of hype for the Avengers has been so perfect, so mounting that the only thing it’s been missing is a prematurely dead actor poised for super-stardom. The final question, now that it’s been released is has it pulled it off?

The answer is a resounding HELL YES. The biggest gamble so far has had the biggest payoff. If you’re not sure of what I mean, think about it: the combination of four classic characters, five huge movies and four different directors with distinct visions and styles compressed into 2 hours and 40 minutes, and Joss Whedon’s incredibly distinct way of helming a project all mixed into one? From a pure business point, that is crazy talk. But it manages to do it, and do it well.

To be fair, it’s not perfect. The first quarter of the movie moves a little clunky, but once it gets going, it evens out very nicely. We as the audience know what’s coming, and we can’t wait to see our favorite characters in bright costumes smash each other, the bad guys, and a lot of public property. Some of the dialogue as the characters meet for the first time feels a little formal, but that’s how introductions often go. If there’s one thing Joss Whedon knows how to write, it’s group dynamics. The movie catches up with what all of our heroes have been doing since they were seen last pretty evenly; here Thor (as played by Chris Hemsworth) getting the shortest end of the stick felt strange to me, due to the fact that his brother is the movie’s big villain.

That’s not too bad though, because guess what? On the third try, they finally got the Hulk right. I mean no disrespect to Edward Norton, but Mark Ruffalo is perfect for the role. He straddles the line between dignity and rage so well, and the movie is finally willing to go there with how dark Bruce Banner’s problem really is. He’s also got the best cheap shot I’ve ever heard during a face off with Tom Hiddleston’s Loki, and I had to look it up afterward because I was laughing way too hard at the hulk generally hulking all over the place.

Another highlight is Scarlett Johansson’s Black Widow, whose character doesn’t feel objectified even once, which is a refreshing change from the traditional roles women are put into in comic book movies. Hers and Hawkeye’s (Jeremy Renner) chemistry is really good, and left me pretty excited for their upcoming film. Agent Phil Coulson (Clark Gregg) continues to be a personal favorite of mine and if you haven’t seen A Funny Thing Happened on the Way to Thor’s Hammer (it can be found in the bonus features on the Captain America DVD and Blu-Ray), you’re in for a treat. The verbal and physical fights between the Avengers are all well paced, and their transitions to teamwork go down equally as smooth. Captain America’s/Steve Roger’s and Iron Man’s/Tony Stark’s (Chris Evans and Robert Downey Jr, respectively) ego contest is great to watch, as is their shifting from realizing that their fighting causes actual Hulk sized problems. Samuel L. Jackson as Nick Fury rounds out the band of weirdos perfectly, and their setting on the helicarrier is perfect.

It’s worth pointing out here that all of the actors playing the Avengers have comedic skill and timing, and put them to really great use. Their adversary is played by a man with Shakespearean training, and the film sets up a lot of parallels of comedy versus drama, modern gods versus classic gods, and so on. The combination of distinct characters also reflects onto the audience, which has grown from standard comic book fans to every sub culture you can think of sitting in the theater.

The only advice I can give you is to keep in mind that you’re watching this as the sixth movie of a series. There’s very little exposition, and you are somewhat expected to already have some investment in the characters. If you haven’t seen any of the other movies yet (which, wow), be expected to Google a few things, but it’s pretty straightforward in it’s explanations of what’s going on within the Marvel world. Oh, and stay after the credits.

All in all, if you haven’t seen it yet, I highly suggest it for your next day off. It’s easy to swallow if you haven’t seen any of the other movies, and if you are a fan of the comics or Joss Whedon, it has all of the traits and one liners you expect from them. The trailers even get you excited for the summer movie season! A complete universe that’s been lovingly expanded over four movies, The Avengers lives up to it’s hype, it’s characters, and most importantly, it’s audience. Don’t miss out.

At 6:30pm on June 30, the Spectrum will have one showing of The Internetâ€™s Own Boy: The Story of Aaron Swartz. If you’re not familiiar with Aaron Swartz, take a minute to at least read the summary section of his wikipedia page. From the Times: At 14, Mr. Swartz helped create RSS, the nearly ubiquitous…

Last night, Sean Rowe performed on Jimmy Kimmel Live with support from members of RAILBIRD. It’s incredible to see someone from Troy work their ass off and be able to watch them perform on national TV. You can check out our interview from a bit ago with Sean Rowe if you’re unfamilliar. And if you’re… 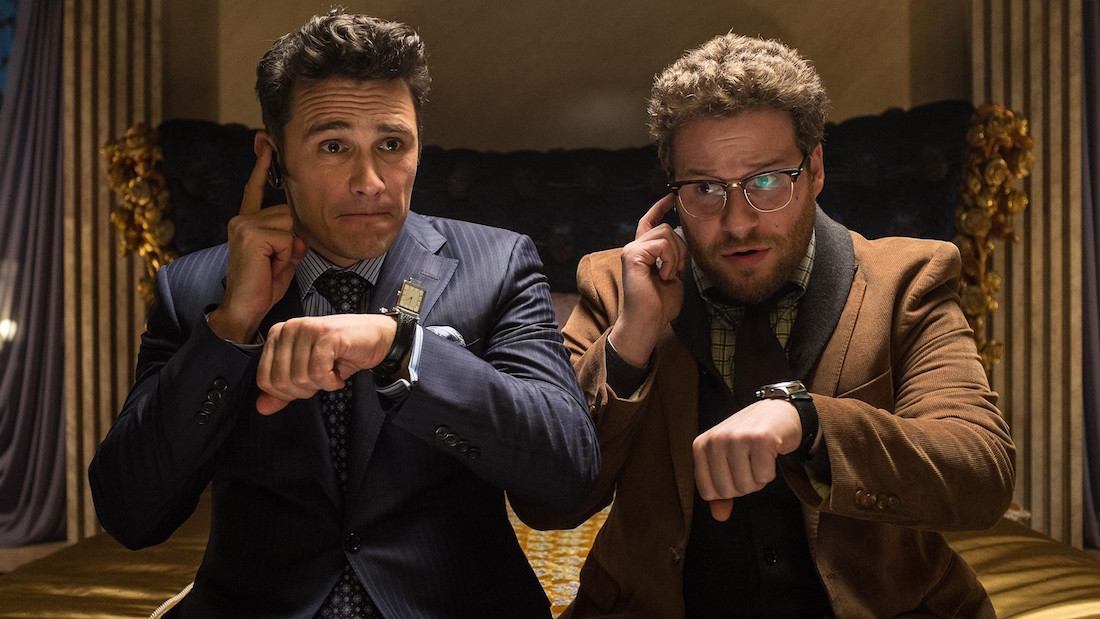 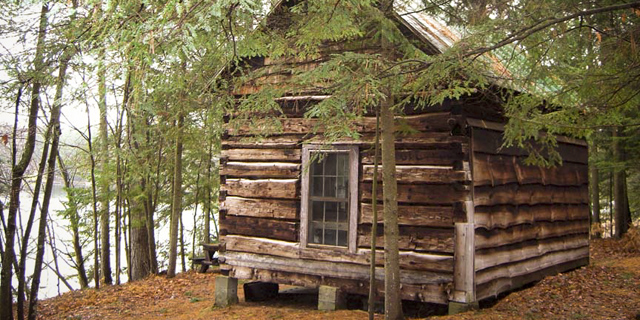 The Cabin in the Woods is a movie for both the horror buff and the casual viewer. While Scream turned the slasher genre on it’s head, Cabin in the Woods does this to literally every scary movie you’ve ever seen, and intelligently to boot. While it’s been advertised and hyped as a traditional horror movie,… 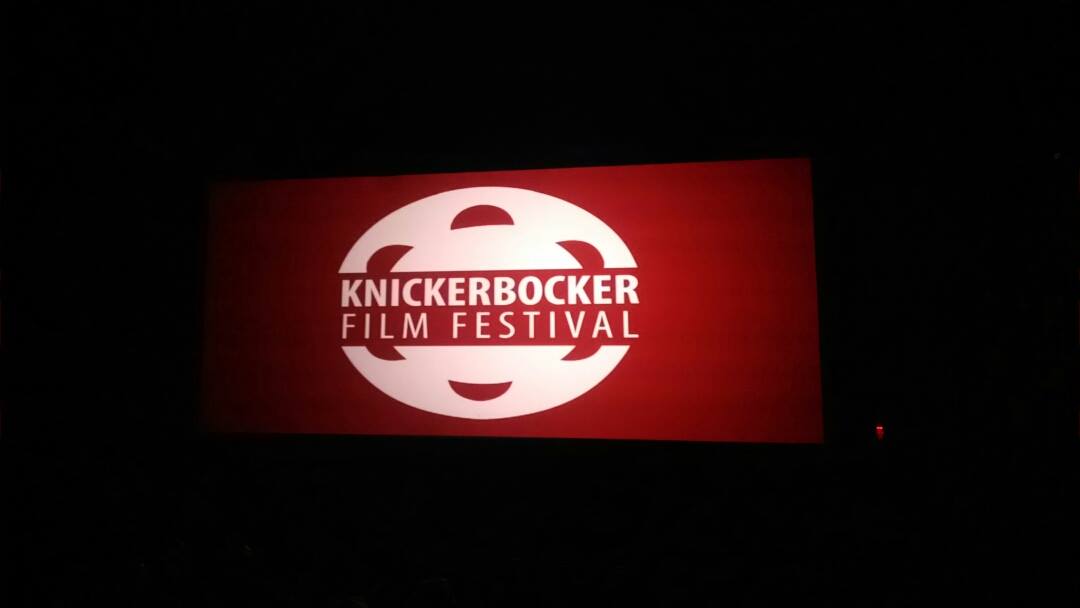 The Knickerbocker Film Festival, which is now in its sixth year, is currently accepting submissions until March 6, 2015. Films up to 20 minutes are accepted. Instructions and details on submitting can be found at knickfilmfestny.com

Tomorrow night, at the Madison Theater, there will be a preview screening of the documentary film, “The Throwaways.” The film follows the story of local filmmaker and ex-felon Ira McKinley, capturing his struggles to turn his life around and transform his inner-city community, all taking place in Albany. The screening is a one-night fundraising event…