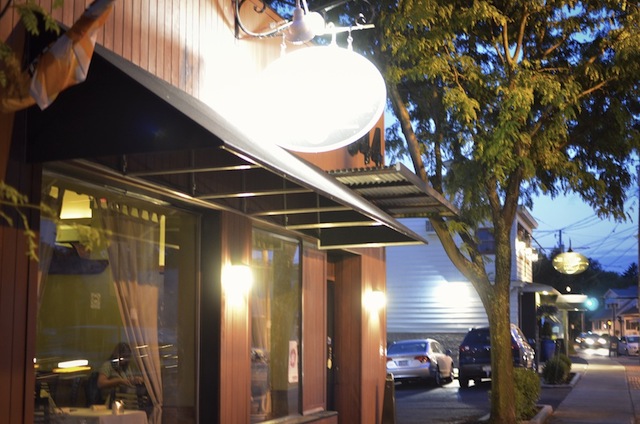 I’ve been hearing quite the buzz about this new establishment that’s replaced the late Wine-n-Diner, called Mingle, located at 544 Delaware Ave, in the newly coined “DelSo” neighborhood. There’s been vague rumblings of the word ‘vegan’ being associated with this place and that’s more than enough for me to go check it out.

They’ve got a separate vegan/vegetarian menu (gluten-free too), similarly to how New World does it. It’s available by request, but wasn’t offered in lieu of the regular menu during my visit and I found out this exited on my way out. Bummer, but no big deal, just ask for it next time. Also for some bizarre reason they consider seafood vegetarian, so you sort of have to keep your guard up even with the veg menu.

The regular menus got loads of items in all arenas, including vegan items alongside all the seafood, beef and pork you can handle. Chef Un-Hui has loads of Korean influenced and pure Korean dishes on the menu, including homemade kimchi and the Korean staple, pork belly.

I had the spicy vegan chili to start, along with the vegetable Chap Chae. The chili was really great, but definitely on the conservative side of ‘spicy’, but that’s much more favorable than the ‘you cant even enjoy the food’ level of spicy. The noodles in the Chap Chae were awesome and flavorful, cooked wonderfully and the vegetables worked really great with the noodles and the dish didn’t have competing flavors. Everything was well thought out, and it really showed.

I highly recommend checking this place out. There’s loads of dishes that I’m excited to try on my return visits, and their beer menu has a bunch of really great craft beers that I haven’t seen before. Do yourself a favor and make the trip. 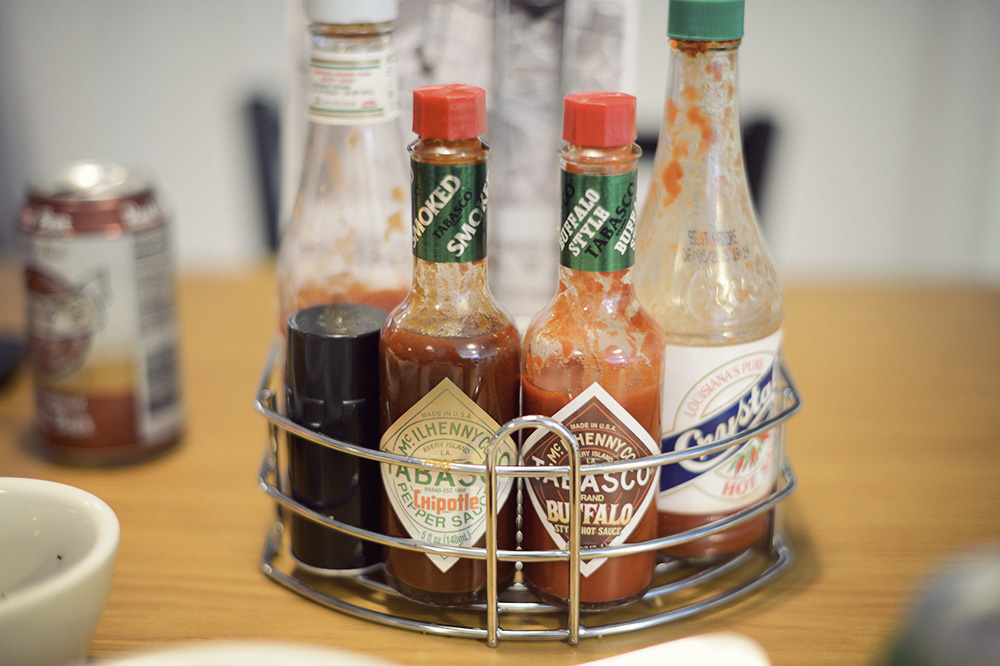 Troy Restaurant Week kicks off today, and features different menu items between $5 and $30 in $5 increments. $5 will get you select lunch items, $10 will get you entress, $20 gets you into dinner territory and $30 gets you big dinners to share. Check the restaurant week price and food list and be sure…

With all of the BBQ spots cashing in on Dinosaur’s ability to pique everyone’s interest, (kind of like how independent coffee shops actually do better with a Starbucks near by), we’ve all inevitably heard from all your worldly friends about which place is “the best.” Our goal is to give you an objective look at…

From their facebook: Effective October 15th 2011 the Board Of Directors of the Troy Community Food Cooperative, Inc. announced the closing of the Pioneer Food Market. November 1, 2011 a meeting will be held at Christ Church United Methodist, 35 State Street, Troy, to discuss the closure decision with the board. Thank you for your… Superior Merchandise Company is hosting another coffee workshop on March 7 at 6pm. This upcoming class is focused on helping you make better coffee at home. This class will break down the basics of coffee brewing, offering a wide variety of tips for folks seeking more out of their morning cup. Topics such as water,…

Effective earlier this week, restaurants and eateries are now required to display their health inspection notices conspicuously. The system is different from the super easy to understand NYC based letter system, and the ranks are ‘excellent,’ ‘good,’ ‘fair,’ or ‘unsatisfactory’. Before this, the ratings were only availble online at albanycounty.com/restaurantinspections, but since New York City…

Twenty-Two Second Street Wine Co. will open it’s doors for business today at 3pm. Heather Lavine and Vic Christopher’s latest project aims to be the wine shop everyone wishes was in their neighborhood. The store will stock around 150 wines focusing on small natural and organic producers. Bottles start at $7 and go up from…