Brooklyn-based producer Obey City will be joining Tall Ass Matt and residents Party With Tina, Knomad and Looney this Friday for the April edition of OUTPOST1.

Quick tip: be sure to join in on our RSVP-only happy hour drink specials from 10 to 11pm Friday; just send a quick e-mail with your name to RSVP@keepalbanyboring.com to get in on the fun.

This month’s guest, Obey (pronunciation oh-bee) is definitely not a one-trick pony behind the decks and also keeps busy creating tunes, collaborating with others and maintaining Astro Nautico – the digitally-based label he founded alongside Kuhn and Paul Jones.

For his personal contributions to the world of forward-thinking bass music, he creates tracks that are soulful, emotional and mix the likes of R&B, funky, house and grime into his signature blend of club smashing tunes.

You can check out his music on SoundCloud and also scope his debut Melted Magic EP via Astro Nautico. Additionally, for those of you who missed it, Obey City was featured last night on Noise212, and his set will be added to the impressive archive including the likes of Krueger, Mess Kid, Samo Sound Boy, Sliink, Jim-E Stack and more.

Really looking forward to this month’s party and to help you become familiarized – knomad and myself teamed up to conduct the following interview.

Hit the jump and we’ll see you Friday.

What drew you in? What came first, DJing or dabbles in production? Do you identify with one term more than another? I started making hip-hop beats for rappers, which led to creating weirder beats just for myself. Then I wanted to play the beats out for people to dance to, which led me to experiment with faster tempos. I ended up DJing as a means to play out my own music, so it was always production that I put an emphasis on.

What’s it like living and working in Brooklyn? I really liked your quote that you are “influenced by my surroundings to influence my surroundings” is it really that simple or would you like to elaborate a bit more? Brooklyn is a creative hub, plain and simple. While Iâ€™m often forced to compromise my quality of living and eating due to financial restraints, I really enjoy living here. I forget exactly when that idea came to me, but Iâ€™m pretty sure itâ€™s as simple as it sounds. I was walking through Brooklyn and realized how much living here has influenced me and my music and that itâ€™d be cool to leave some sort of impression here of myself.

How much of your day is dedicated to working on tracks? How do you organize what you are working on and listening to? When does a track or remix feel finished to you? It depends. I usually get up by late morning, drink a lot of coffee and just start messing around with some projects Iâ€™ve started, which can last hours at a time. Before I know it Iâ€™ve ignored all my prior engagements holed up in my room and all I have is a stupid tune to show for it. When I hear my neighbors banging on the walls, I know Iâ€™m done for the day.

How do you balance the label with your own individual work? What’s it like working with kuhn and paul jones and the rest of your crew? The label is a lot of fun for me at this point. We definitely dedicate time to its operations, but itâ€™s really just a bunch of friends putting out music for free at this point, so I donâ€™t think of it as stressful. My two associates are both basically goofs, so I have to deal with a lot of unprofessionalism.

How did you guys meet? How did the label come to be? Do you focus solely on digital distribution? Who does the design for the label? (love the work with every release) We three (myself, Paul Jones and Kuhn) all went to high school together and actually played in a future funk band with a very regretful name back then.

The first form that Astro Nautico took was as a radio show that Paul started in Montreal in 2007 while he was going to school. Once we all graduated and moved home we realized weâ€™d all been individually listening to and creating similar music and so we decided to expand it into a blog, which later became an outlet for releasing our own music as well. Then we figured itâ€™d be fun to get other people involved and here we are.

Most of the original artwork has been done by Paul but Bennett (Kuhn) is the one who recreated the logo from something we found on the internet. At this point everything has been digitally released, but we have discussed the idea of a physical product down the line.

Cultivating a following in the Internet age, what sort of value/impact have sites like SoundCloud and Bandcamp had on Astro Nauticoâ€™s ability to mature and grow? More social sites like Facebook, Twitter? Well, to put it simply, we wouldnâ€™t be able to run the label as we do now without them. Although we have our fair share of quips with Bandcamp, it has been the platform for which weâ€™ve released all of our music at this point.

We do have a domain website, but the bandwidth required for file hosting and streaming audio can get expensive. These websites offer us the ability to keep our music free for the public.

Watching all the Astro artists gain increased recognition over the last 6 months or so, whatâ€™s the feeling like? Any increased reward or value given your history together? I feel like a proud dad whoâ€™s witnessing their child get a basketball scholarship or something. Even though I donâ€™t need an affirmation from a blog to tell me the music we put out is special, it never hurts to get some support from the global music community.

I feel like at this point, anyone we release on Astro Nautico is destined for bigger and better things. As friends who just started this as a creative outlet, it’s very exciting to see that people from all corners of the world are tuning in.

Reflect on SXSW. Who was the most inspirational person you met? Did anyone make you “star struck”? Best party? SXSW is one of the most exhausting weeks Iâ€™ve experienced in some time, but it was an amazing way to link up with a lot of talented people. Everyone I met inspired me in some sense, because they are all doing big things. I think I might have acted most star struck to meet DJ Asma from Nguzunguzu cause I sorta have a crush on her. Fader Fort was a good spot to hang, but Iâ€™m pretty sure I missed out on the best party (Boiler Room House Party) because of a gig.

Future moves for Obey City? Releases planned? More music, more shows, more releases from Astro Nautico! I have two EPs lined up for release this year but I like to keep people guessing so Iâ€™m not talking about labels at this point.

Do you feel like one producer or DJ is killin it right now? what have you been listening to? Difficult to narrow it down, but one dude in particular whoâ€™s exploded onto the scene is Baauer out of Brooklyn. I hit him up for tunes and within a couple of weeks everyone is playing him out. Since Iâ€™ve begun to DJ out more, I consume music at a feverish pace and so itâ€™s pretty hard to settle down with any one project. All I can say is Cid Rim is one to look out for and his new EP is going to be amazing.

What was your first time playing out like? How did it compare with your most recent gig? As a band it was at a terrible high school show, and as a DJ probably a terrible college party. So I can say with confidence, my last gig was much more successful.

What can we look forward to in Albany? Sexy Bangers all night!

As I get older, I realize that I am uncomfortable with constantly taking the â€œsafeâ€ route. This sentiment especially applies to the way I feel about the state of music in its evolution. For example, I am always wary of the typical Beatles â€œfan,â€ due to the simple fact that the revolutionary group is a…

Sup its Mycon!!!!!!! Hope everyone liked Ghosts On Tape as much as us DJs did. When he dropped ‘Wouldn’t You Like to be a Hoe’ by DJ Slugo I was the happiest man in the club. The next day we took him to Miss Albany for a taste of that Mad Irish business, and dug…

On Friday, March 4, hundreds of people wandered out of winter hibernation with curiosity, a hunger for something different and a desire to dance.Â  Jillianâ€™s, in recent months, has been changing its scene, being jolted back to life as a prevailing music venue in the Capital Region. The full album is on Andrewâ€™s flickr â€”… 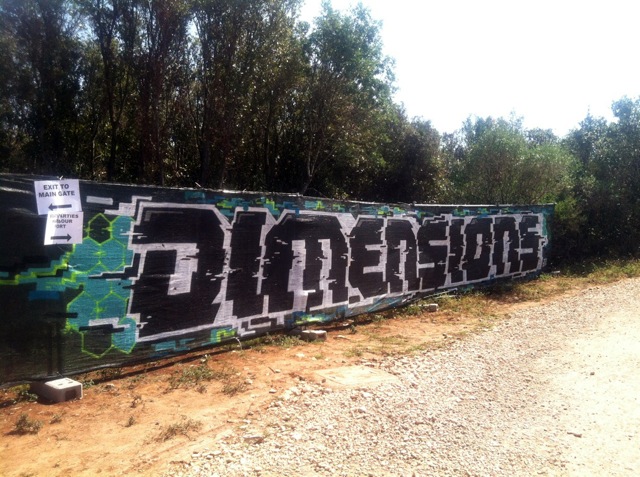 While en route to Croatia, by way of three planes and one bus, I came across a line in the book I was reading at the time (the Best Music Writing of 2009 compilation), that read, “To write is to begin with nothing and hopefully get somewhere.” Being fully aware that multi-day music festivals are…

A week from today marks the next OUTPOST1! This month we’re packing a quality local bill featuring Brother Suarez, Jay Travis b2b Brad Lee, Tall Ass Matt, and as usual residents Party With Tina, Knomad and Looney. Some updates you should know for this time around: we’ve moved to Jillian’s (which has a much, much…

Although in theory, the 2nd-annual Restoration Festival took some hits from Irene — such as two of the national acts, A Hawk and a Hacksaw and The Music Tapes both canceling and the consecutive choice to allow free entry on Sunday — in practice, the festival and its attendees became a textbook example for making…