Some updates you should know for this time around: we’ve moved to Jillian’s (which has a much, much better sound system, VIP sections with bottle service and a larger bar and dance floor), we are now 21+ and we will also feature a special RSVP only Happy Hour. For more details on how to take advantage of the Happy Hour special, check out the Facebook event. 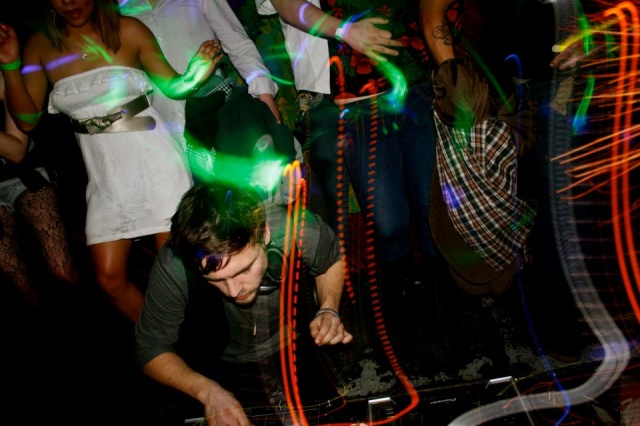 For those of you paying uncomfortably close attention, Brother Suarez played OUTPOST1 in March exactly one year ago. He also kicked off our mix tape series, which you can still find archived on KAB. In the time that’s passed, he’s managed to balance playing out at a variety of venues throughout town with being a founder + resident at JunGALA: New Paltz’s biggest night for bass music, holding down a weekly radio show at WCDB, all while finishing things up at UAlbany.

Brother Suarez has consistently showcased immaculate skill as a DJ and considering he bought his first pair of 1200s at 15, he’s one of the genuine few who can say he honestly grew up alongside learning the art of DJing. He’s as much a tastemaker as he is versed with the talent of bringing high energy to every set.

He took the time to not only answer a few questions but also treated us to a short-n-sweet mix to kick off the weekend. Check it out and be sure to cop the DL.

Check out the Q+A beneath the jump!

Looking back on your early days, do you remember anything specific that drew you and made you want to dive in and buy those 1200s? The 1200s were the only turntable I knew of really. I mean, they were the standard, my brother used them, my uncle used them. I didnâ€™t know anything else! When I decided to start spinning I asked my brother what turntables I should buy, he said to get Technic 1200s. I followed. He was a major influence in all aspects for me growing up, especially musically.

What were some of the first DJs or producers you first got in to? Do you still listen to them? How do you think your ear and taste has evolved over time? My childhood was rich with drum&bass, house, jungle, The Fugees, and Tribe thanks to my siblings. In high school I started discovering music for myself a bit more. I was into Justice a lot at this time. So much that I got that 3D Star Wars like cross tattooed on the middle of my upper back. Ha I still love the tattoo but rarely listen to their music. The album had an epic feel which I loved, but my taste has evolved (depending how you look at it_) and I have to say I`m no longer a heavy listener. I was also in to electro from other artists like Boys Noize, and loved wompy thangs like the Bassnectar album, Mesmerizing The Ultra. My taste has changed a bit, as does everyoneâ€™s!

Music I loved a few years back I may find obnoxious now.. things I love today I may look back on and not like as much.. Things I donâ€™t like today I may listen to again in the future and be like â€œwaaiiitt what is this?â€ College brought about my love for chiller house music and also spawned some dubstep endeavors.

All in all, any house music. Especially anything jackin’ or poppy i`ll always love. I love good basslines. That will never change. I love chill shit. I donâ€™t know. I like everything.

As for production, I plan on dabbling. I have done nothing but chopped and skewed and mashed up songs/samples/vocal cuts/weird noises together as of today, but have solid future plans in making completely original music.

How did you get involved with JunGALA? What gave you the idea and how did you link up with the other founders? What are some honorable mentions of the party? How have you seen it grow over the past 2 years? What were some of your favorite guests that you brought? Ok! JunGALA! Awesome. Pretty much three years ago my friends and I were really into tropical house music and paint and the jungle. During this period of tribal bliss I was introduced to DJ Far East and ended up spinning a house party with him in New Paltz, New York.

After the party got broken up for bass overload, he asked me if I wanted to start throwing parties with him. We did one called Bootily Fluids, then I decided we should have a jungly party. Something wild where everyone feels free and ok with whatever they are or bring to the table + crazy tribal costumes! Pretty much, we wanted an awesome party complete with vines, face paint and tropical bass.

I then sent an e-mail out to all my friends from home asking them for their input on a party name. My friend Lauren replied with JunGALA, which came from the word jÄngala, which refers to a wild or uncultivated untamed land in Sanskrit. From here Far East got his friend Zack (Skallywag) and MC Drhu down with it. Then we threw the party.

JunGALA is still my favorite party ever, and we bring some awesome producers upstate to spin with us. — Weâ€™ve had Dubbel Dutch, Jubilee, Kingdom, Ghosts on Tape, Brenmar, Canblaster, Samo Soundboy, and a handful more come out. Itâ€™s always an awesome time, and the vibe is soo good.

Be sure to find JunGALA on Facebook and stay up on updates, too.

Who do you want to share a bill with some day? All of Club Cheval would be fun. Like one party with all of them!

What would be your ideal venue or party to play out at? Either a big outdoor venue with nice greenery and architecture like PS1 or on the beach forever. Or in the sky.

Do you feel like one producer or DJ right now is particularly killing it? Brenmar has had an awesome year for sure.

What was your first gig like? What did it compare like to your most recent? I first DJed in the garage of a friend I went to high school with and nobody liked it except 4 or 5 kids. Those 4 or 5 loved it though.

Now the parties I do tend to be very packed. Sometimes it takes me like an hour to get from the bathroom or outside back to the DJ booth at JunGALA. Bleeding. Elbowed in the face. Just kidding. But now the parties are lively and everyone loves it and it’s fun woo!

What do you do when you’re not DJing or promoting JunGALA? Right now i`m volunteering at a performing arts studio and rolling burritos. 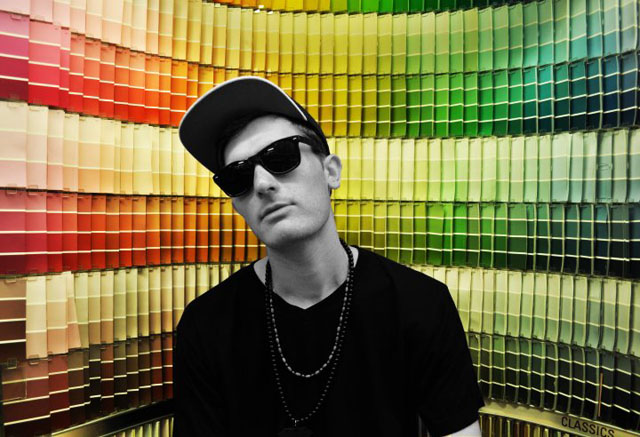