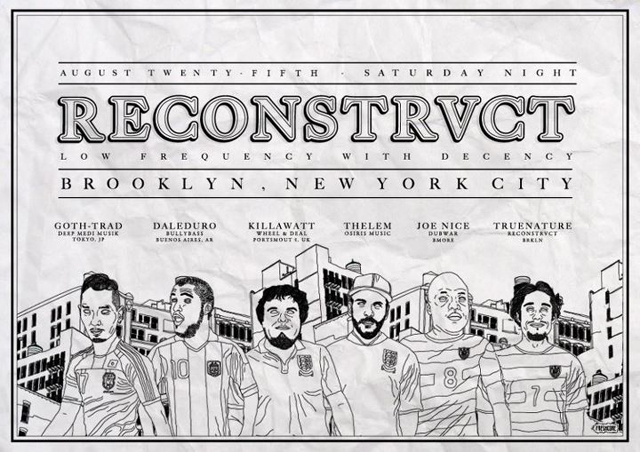 Over the years, as my personal music tastes within the world of transnational bass-driven music have expanded and evolved, I’ve compiled a growing mental list of “must-see” DJs and producers. reconstrvct, a reoccurring event hosted in various venues and warehouses throughout Brooklyn, has been knocking people off my list with each bill. This upcoming Saturday is no exception.

On Saturday, August 25th, reconstrvct kicks its second year off with an international display of talent from Goth-Trad (by way of Japan), Daleduro (by way of Argentina), Killawatt and Thelem (by way of the UK) and home team residents Joe Nice, Truenature and Hahn Solo. MVC – Max Von Cannon (by way of Hong Kong/Boston) has been added to the line-up as well. With a good majority of the guests playing out for the first time on American soil, Saturday will be a Small World indeed.

You can peep event details via Facebook and pick up tickets in advance via Resident Advisor. If you are attending, please e-mail your name to RSVP@reconstrvct.com to be kept up-to-date on the location announcement and other pertinent details. Also, peep some prose here.

For this edition of Music Monday, go swimming in a sea of embeds and thank me later.

Goth-Trad, rooted in the Far East, is one of those rare producers who consistently delivers timeless tunes, time and time again, regardless of the year. He’s got both quality and quantity when it comes to his original productions and his reputable live set is something to be experienced, simply put and enough said. Admittedly, I typically skim artist bios but his I’ve read word-for-word multiple times and it goes deep. Goth-Trad was slotted to play reconstrvct in the past but due to visa issues was unable to make the trek. This time around, the sailing went smoother and we will be treated to Goth’s highly-anticipated first live set in North America, right here in our home state.

This track, “Back To Chill,” inspired the name and the movement behind Japan’s first monthly dubstep night, which was started by the one-man army himself (as Kode 9 nicknamed him) back in 2006. The track saw a vinyl release two years later on the UK label Skud Beats. The BTC showcase will celebrate its sixth anniversary this September.

One of my personal favorites.


This one is also an example (like many) that will sound immensely different on a system than it does through earphone buds. Invest.


Examples of immensely unique experimentation within a genre.


I could go on and on, but will recommend that you check out more from Goth-Trad, even if just sampling this playlist courtesy of DEEP MEDi here. Check out this recent interview over on Bassmusic.me to learn more.

I’m getting to know this DJ and producer for the first time through reconstrvct.

You can also check out some archives from Daleduro’s weekly radio show over on Mixcloud. Hours and hours of quality mixing and selection over there featuring a wide-range of sounds to occupy your work week.

I love the vocal sampling in the beginning of this one.

Low frequency with decency, as interpreted and displayed by these two talented producers:

“Joebama 2012 – No election, just selection.” Listen and download (and listen again) to the latest SUBFM archived radio show from Joe Nice. You WILL learn something. 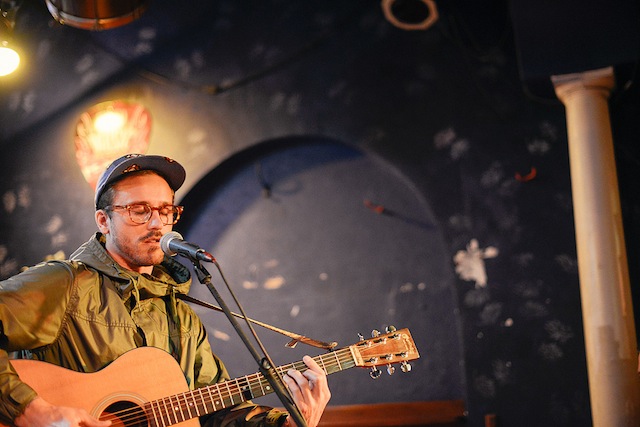 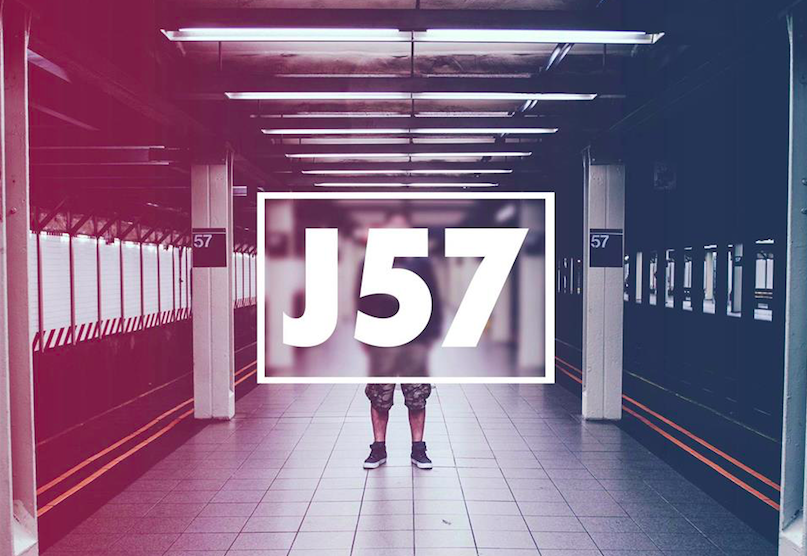 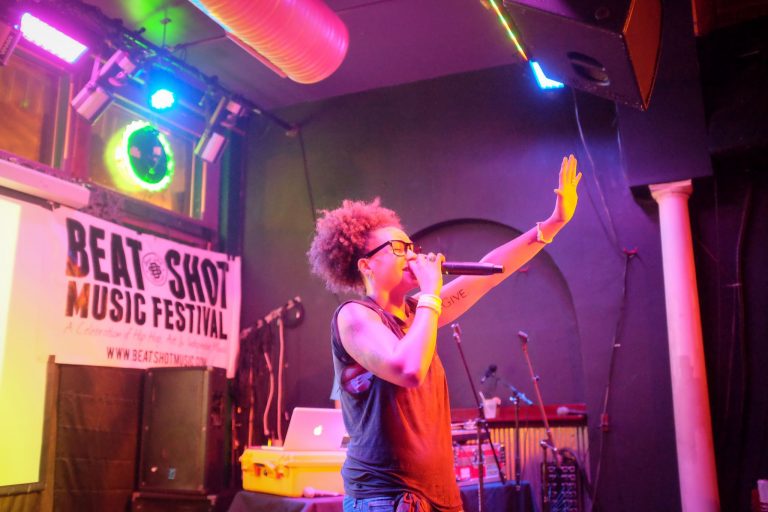 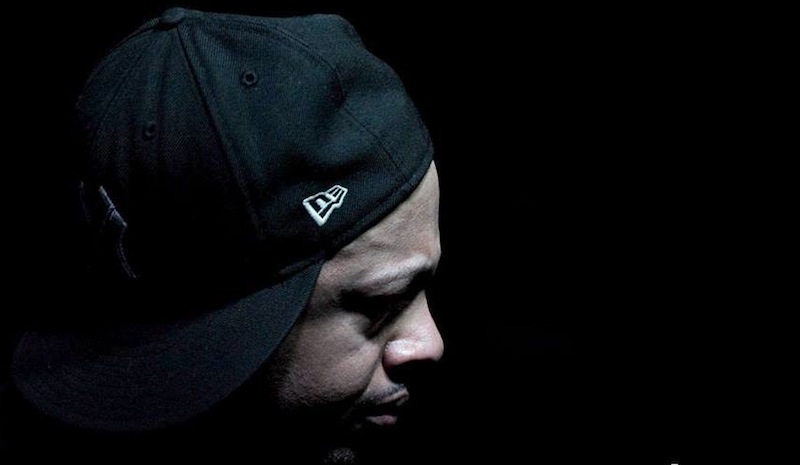