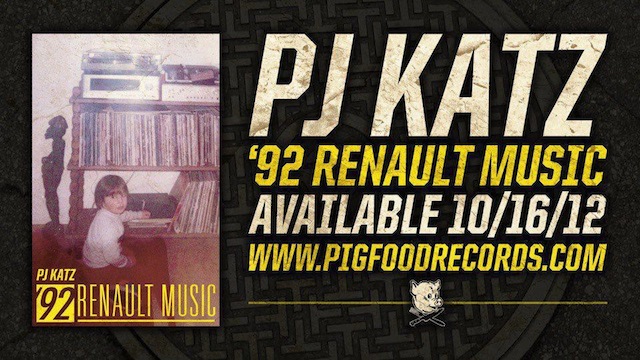 When it comes to the genre of hip hop, I’m lazy.

A quick glance at my iTunes library will reflect that inexcusable flaw of mine. I’ve got Dilla, Biggie and the Beastie Boys in heavy rotation, plus a couple albums from left field, such as Mr. Complex’s latest on local label Sub-Bombin. As for the rest? For some reason, I want tastemakers to bring quality hip hop to me, when I least expect it.

Luckily, there’s crew like Pig Food Records and an extended family within 518 hip hop looking after me. If you don’t know much about the genre and are willing to admit it like I am, rest assured that while you’re sleeping, countless people are working hard into the night contributing to the genre and helping to build and sustain an important cog within local culture.

Katz’ new album, ’92 Renault Music, (which drops tomorrow on Pig Food Records), is about to show you firsthand why he’s one of the areas best kept secrets that just can’t be kept quiet anymore.

I have yet to listen to anything produced or performed by Katz that I haven’t been instantly drawn to. That’s the thing that gets me about most hip hop I’m recommended; when I do listen, I can’t get enough of it.

I’ve powered through ’92 Renault Music countless times on repeat since I first heard it, to the point where I’m slowly learning the lyrics and still discovering new things I like about it. The instrumentation behind each track is both complex and clean. The album makes for “easy listening,” in that you can vibe to it in a plethora of environments while also being captivated by it and never distracted. Essentially what I mean is that it makes sense for feel-good driving, for setting the mood at a party, as an office soundtrack for your work week AND for your next battle dressed as Teenage Mutant Ninja Turtles.

As you’ll see on the tracklisting, the album features a full generous handful of collaborations with artists including Caucasian, Giant Gorilla Dog Thing, Rick Whispers, Sev Statik, Mirk, Gorilla Tao, JB!!, Shyste, Moses Rockwell, Devin B and more. Each track feels composed with each featured artist consciously in mind, regardless of which came first in the songwriting process; the vocals or the instrumentation. Vocal snippets from random sources and local favorites Trumastr and Lofi Lobo alike help give the album some of its storytelling-esque charm.

My favorite part about this album is how cohesive it is. It’s designed to be listened to as a whole, but also while each individual track stands strong on its own. Instead of breaking it down for a typical track-by-track review of what is an atypical album, I’m just going to happily guide you over to Pig Food Records, where it is advised you order the album and have a listen for yourself. Simply put, out of all of the music that I’ve listened to that came out in 2012, including those on a national scale, this is easily in my top 5 releases. Can’t help but be proud something of this musical calibre came out of the 518.

I’ll see you on Saturday, November 17th for the official release party over at Valentine’s featuring PJ Katz and the Fat Buckle Band and support from Cidada, Eibol, Devin B, Midas and Great Master (DJ Nate Da Great and Trumastr). 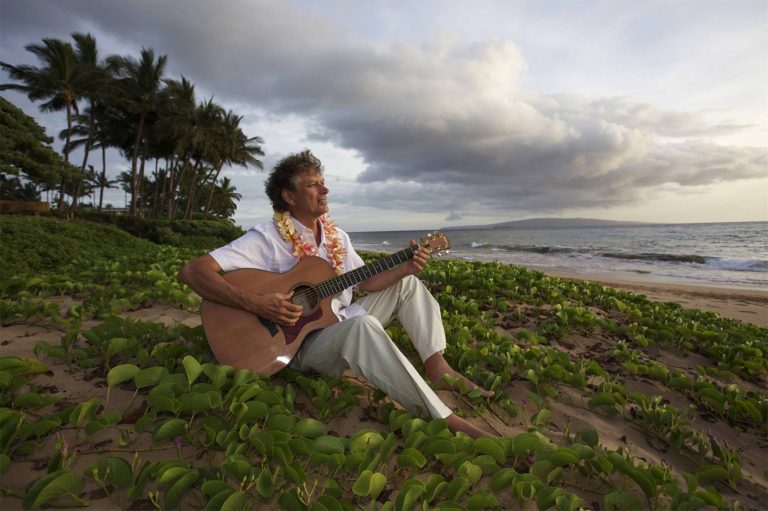 Proctors has a concert coming up on Saturday September 17 with Jim “Kimo” West to help say goodbye to summer. Proctor’s has been nice enough to offer us a pair of tickets to give away. Best known as long-time guitarist for the worldÊ»s most successful musical comedy artist, â€œWeird Alâ€ Yankovic, Jim â€œKimoâ€ West is…

Last Friday night, there was a really great show at Muddy Cup. The atmosphere was really warm and nostolgic. I really feel all the people there missed the old open mic days where everyone would come hang out and drink some coffee (or beer if you found an empty cup and went over to Price…

When I got word of Recon getting back together (in all capital letters via text, mind you), I knew that it would be only a matter of time before it aligned that we would sit down for some conversation, especially considering the band is based out of Albany, and is comprised of guys that are…

Primus played at the Palace Theatre this past Tuesday to a sold out audience and we decided to compile a dual review — one from virgin ears (myself) and one from a seasoned (and slightly obsessed) listener, Charlie Vella. The result is just as nerdy as the show itself was. Check ’em both out beneath…

Jamz 96.3 recently announced that Shaggy would be playing the UCH on December 13th with Mack Wilds and 2 Pistols. Even better is that this show is only $10 if you cop your tickets in advance. More info via Jamz.