Summer will stretch into September with this year’s Dimensions Festival coming to life a week after its sibling festival, Outlook kicks things off. Dimensions Festival is to be held at the Fort at Punta Christo in Croatia the 6th through 9th of September. Situated alongside the picturesque Adriatic Coast, the details regarding the setting of Dimensions and its line-up alike reads like a music enthusiast’s wildest dreams.

Hosting a wide-ranging assortment of artists focusing on house, techno and the deeper end of the electronic spectrum, the festival will showcase a variety of sounds through some of the best sound systems in Europe.

The venue is located on a peninsular surrounded by the ocean just across the bay from Pula. The festival will feature daytime beach parties as well as daily boat parties which are curated by the likes of Tectonic, Beat Dimensions, Resident Advisor, XLR8R and Deviation, to name a few. Boat parties will take off from the harbor twice per day, either mid-day or in the evening as the sun sets. You can check out more information about the boat parties here.

Beneath the jump is a small taste from some of the acts featured – just in case you want to listen to something other than the wicked storm brewing outside in the Capital Region at the moment.

Venues in New York City have upcoming dates featuring some of the artists and sounds of Dimensions Festival, to help you get your feet wet.

First up, check out the recording of last week’s Rinse FM show with Ben UFO, Pearson Sound and Four Tet. I caught Ben UFO last year at TURRBOTAXÂ®, alongside DJ Oneman and it was one of the most memorable sets I’ve beared witness to. Bonus – Oneman will be returning (unfortunately without Ben UFO this time) to NYC’s The Cove this Friday for their special 3-year anniversary.

Speaking of anniversaries, Brooklyn’s Reconstrvct will be celebrating its first year milestone this upcoming Saturday. Full event information and the last run of pre-sale tickets available here. Author, which is comprised of Jack Sparrow and Ruckspin, will be at Dimensions this year and you can check out the live recording of their set from their time in New York at Reconstrvct for the Outlook festival launch edition of the night below.

Scuba will be coming to New York on August 6th at Francois K’s Deep Space Party at Cielo and will be playing all night, literally. Tickets and full information are available here. Earlier this month, Scuba released his new single “NE1BUTU” through his own label Hotflush. His third album, “Personality” was released earlier this year to much critical acclaim as well.

Stay tuned for more Dimensions-focused Music Monday playlists and check out their site for more information regarding ticketing, accommodation and travel. They also have an Instagram account (@DimensionsFestival) which features breathtaking glimpses of the sight of the festival.

Sup its Mycon!!!!!!! Hope everyone liked Ghosts On Tape as much as us DJs did. When he dropped ‘Wouldn’t You Like to be a Hoe’ by DJ Slugo I was the happiest man in the club. The next day we took him to Miss Albany for a taste of that Mad Irish business, and dug…

In memory of the legendary James Dewitt Yancy (a.k.a. J Dilla) Red Square will play host to the 4th Annual Beat*Shot Spins for J-Dilla, which this year has been dubbed Dilla Break-A-Dawn. Beat*Shot puts on this annual event in honor and tribute to the late producer, who passed away in 2006 after suffering with Lupus…

I’m happy to be launching the Outpost Mix series today, and the debut is a good one. Every month, the week before an Outpost1 party, a new mix will be posted up for the people. The plan is to feature one of the DJ’s playing at the party that Friday. Our M.O. is to only…

Part of the reason why I believe certain musicians find success in their creative endeavors is when they consciously make an effort towards putting time, energy and focus into studying their craft from all angles. FaltyDL is one of those musicians. FaltyDL‘s new LP, Hardcourage, is wonderful. The album is to be released via Nina… 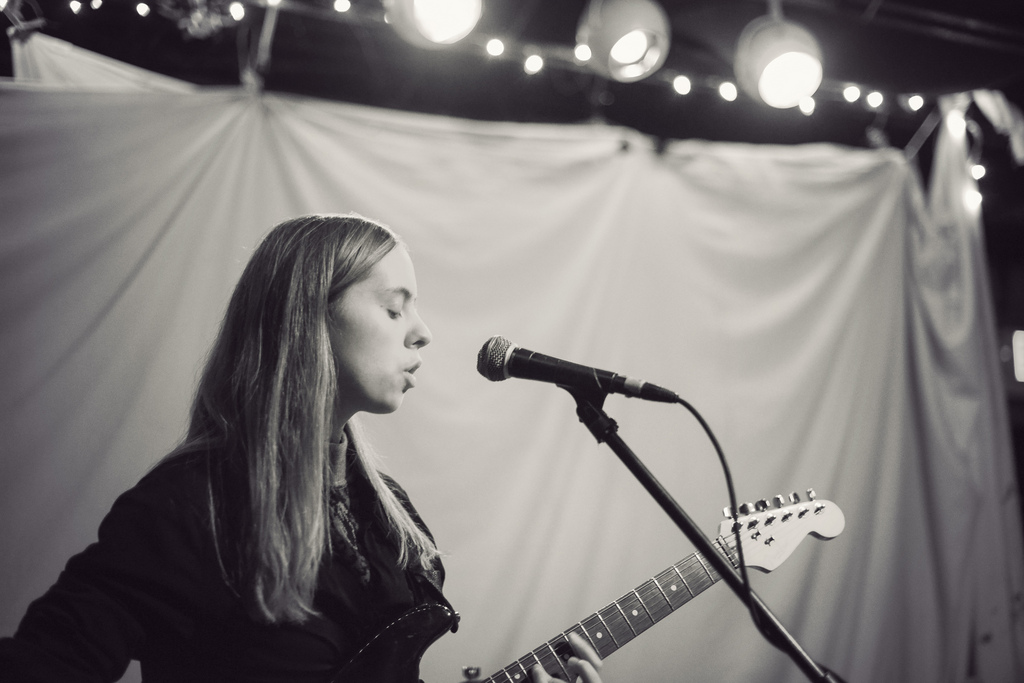 Yesterday, on the Albany subreddit someone asked “What are some good and active local bands?” I’ve embedded the responses below (and a few of my own) in hopes others will find some local bands they like. Enjoy.