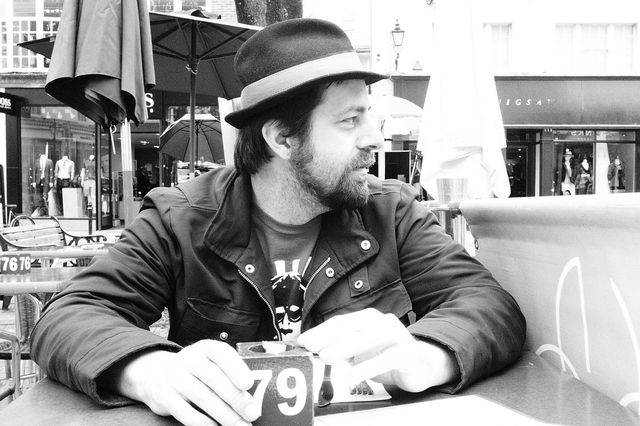 As mentioned previously, Sean Rowe is playing his CD release show for his new album The Salesman and the Shark, out on Anti Records tomorrow at Valentine’s with the always amazing Railbird. It’s a guaranteed good time.

To celebrate, we’ve got a proper interview with the man himself, and Sean was kind enough to answer a few questions we had for him.

KAB: You’ve been creating music for quite some time, how do you remain inspired?
SR: I wake up and take a walk outside. Sometimes that does the trick. I listen to a lot of records. Old blues, 50’s 60’s soul. New stuff too although a lot that I hear coming out in the mainstream makes me yawn a little.

KAB: Do you have other, non-musical, creative outlets?
SR: Yes, I hit people. No, not really but I do forage for wild food when I can. This summer has been not so hot for wild fruits and vegetables. The severe drought has shriveled a whole lot out here in the northeast.

Check out the rest of the interview and the video for his new single after the jump!

KAB: What’s the biggest challenge you’ve faced with your music?
SR: Trying to get the sound that I’m hearing in my head to come through the stage monitors. Stage sound has always been a struggle for me. Sometimes it’s great. For the most part it’s passable but there are times when it’s so bad it can really get distracting.

KAB: Are there any pivotal life events (that you’re willing to talk about) that have impacted your music?
SR: Mostly I thinkâ€¦I wonder what Justin Bieber (“The Beebs” as he’s used to me calling him) would do with this song. Would he like it? Oh gosh, I sure hope so.

KAB: Can you tell us a bit about your songwriting process? Lyrics first? Music first?
SR: Usually the music. Some lyrics might come. It’s kind of a fun process. I’m not really sure exactly how it works but in the end it’s like connecting the dots. The song is already trying to say something before you write it. It’s just like peeling back the layers a little more and just…a little more to see what’s happening under there.

KAB: How have your musical tastes evolved or changed over the past ten years?
SR: In the past 10 years not so much. I’ve always thought Debbie Gibson’s “electric youth” album was so severely underrated. Those were not just songs, they were a kind of window to the universe. Some say she was some kind of a musical prophet and I would argue, spiritually as well. And I know a lot of people compare her to Bob Marley. I don’t see that as much except for her being of mixed race.
I dig 50’s rock and roll. Always have. I love the beach boys through the 60’s – 70’s. Old blues, Otis Redding. Iggy Pop, Tom Waits, Leonard Cohen. I dig all that stuff that sounds raw and real to me.

KAB: Are you still able to take time to be in the wilderness? Do you think your connection to nature has to do with a distaste or distrust in modern technology? Are you still involved in teaching survival workshops? What has that been like? Are you still foraging? What advice do you give to people who are interested in getting more connected with nature?
SR: “â€¦I’ll never get to that star, but I’ve seen the universe in a blade of grass.” You don’t need to go climb a mountain to get close to nature. Find a place in your backyard or in a park, sit and listen and feel to what’s really happening. You come into your senses. It’s something that few people take the time to do. But I think in those moments you become aware of what it is to really live in the present.

KAB: What’s it been like since the release of your latest album The Salesman and the Shark? What was it like to find out Daily News rated it number one in Top 10 CD Picks or the week?
SR: Always good to be recognized for this kinda thing. I put a lot of work into this record so I’m glad people are reacting as they are. I would be lying to say that I only create music for myself. I create it with the intention of connecting with an audience.

KAB: What’s it like being picked up by Anti? Is it weird to have a Wikipedia entry about yourself?
SR: As far as labels go, Anti are one of the best. They actually care about the music. At the end of the day they are still a business but I’ve always felt like I was in good hands with them. I was really hyped up when I found out that they had an interest in me. I had been following them for some time (not literally).

KAB: Have you collaborated with other musicians in the past or have you always been a one-man band? Should we expect to see more ‘Jump Ship’ style collaborations in your future?
SR: I haven’t really collaborated much honestly. But I have been working with the Railbird gang for some time now. It just feels really intuitive with those guys.

KAB: Are you still located in Troy or has your music career led you elsewhere?
SR: Troy will always be a home for me. I live just outside of the city now.

KAB: People spend a lot of time talking about your voice. Have you always felt confident in your vocal abilities? Do you identify yourself as a singer or as a singer-songwriter, etc?
SR: No, it took me a while to get confident with my voice. I’m naturally an introverted personality.

KAB: Did you have any local musical influences during your come up? Are there any locals musicians you feel helped inspire you or keep you going you up to this point?
SR: Jeanne French. Her voice killed me the first time I saw her play at the Puritan Tea Room in Troy. When I was 19, she was my musical hero and she was living in Albany and basically performing all over Upstate NY at the time. I learned some great lessons from her. I wrote a song called “Turtle” for Jeanne although she didn’t know it was her’s till about 17 years later. Orâ€¦maybe she did know back then. That was the first song that I wrote that I felt came from some genuine place. I was more than impressionable at the time.

KAB: What are some of your favorite local spots in the Capital Region? For drink, music, dinner, nature?
SR: Yeah I’d say hands down Mouzon House in Saratoga Springs owned by Sarah Pedinotti’s Mom & Pop. The food is incredible. Dave is an incredible chef. He is in fact, the man! I have a great foraging spot behind the new Mount Ida cemetery in Troy. Found many edible treasures there over the years. 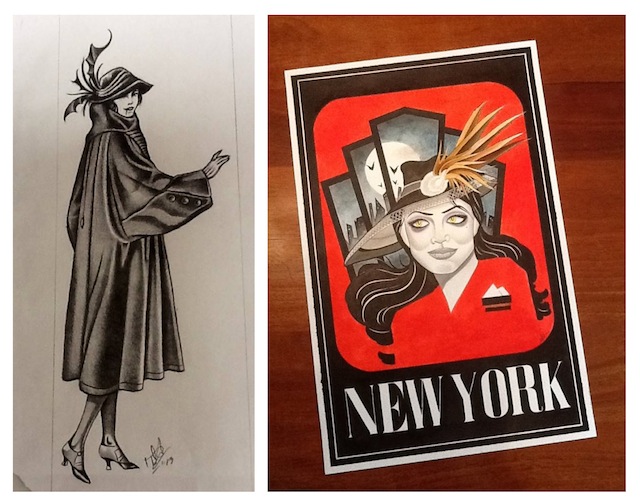