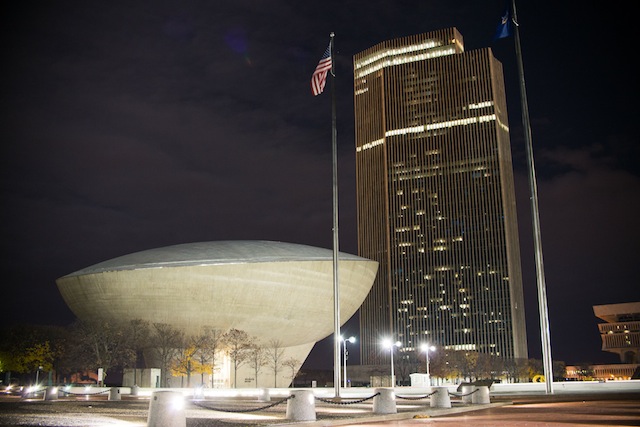 The State has dismissed a case against itself about the resulting deaths from the Ethan Allen tour boat capsizing on Lake George.

Court rules the State must re-hire the Albany police offier who was passed out drunk behind the wheel of his SUV.

A stabbing death on Myrtle results in “one of the bloodiest crime scenes” an investigator has ever seen.

43-year-old crazy weirdo charged with felonies when found with assault rifles, bullet proof vests and a bunch of drugs.

Someone got robbed of their cellphone after getting shot in the head with a pellet gun near Alumni Quad.

Armory parties can continue but with a few new rules.

southwest planning direct flights from hotlanta to alb [tu] scratch bakery bounces, not terribly surprised [tu] alb parole officer gets a beej from a parolee, admits he’s dumb [tu] troy dude arrested for jaywalking (enforce that shit in albany, PLEASE), has a loaded handgun and crack [tr] dude gets 2nd dwi in a week, in…

the troy record is going to teaching old people about twitter and facebook [tr] a big ass (9,000+ gallon) propane truck was on fire in hoosick [tr] troys is getting all redeveloped like [tr] former ballangers is going to open into a big beer disneyland [tu] the airport gained an exit off the northway [tu]…

Shenendehowa School District of Clifton Park, the alma-mater of many locals, is a mess lately. Here’s the situation: A video “went viral” of a principal hardcore tackling a student away from a fight. (wnyt) It has since been removed from YouTube because it violated their terms of service, but not before causing embarrassment and an…

new yorkers oppose another dumb convention center [tr] 300 year old skull of a 50 year old woman was found in the foundation of a house near albany [tu] albany starting a knock off, harder to understand version of nyc’s restaurant inspections [tu] missing teen from east greenbush returns home after two weeks [tr] someone…

Michael Guidice and other local urban chicken activists have been trying to get the Albany Common Council to change local ordinances that ban backyard chickens. Most recently they appeared before a code enforcement committee to speak in favor of the proposal and were met with many questions, concerns, and political folly. Which came first the…