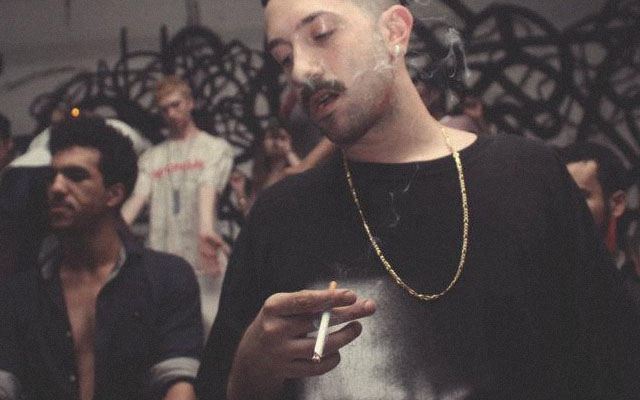 This Thursday night, I’m headed down to Le Poisson Rouge to DJ alongside of some of my favorite producers and DJs. So, with that said, the theme for this Music Monday is to get as many people acquainted with myself, knomad, Max Pearl, False Witness and Rizzla.

First up, we have my mix I did for on.the.sly, who is hosting Thursday’s madness. It’s got a lot of deep and dark club tunes in there with a slight sprinkling of tekstyle. Also it’s a pretty good representation of what I like to play on a typical night out.

Next up is False Witness, who’s ‘Realidad Bodega’ mix is one of the craziest mixes I’ve heard in a long time, especially because of it’s backstory:

A Latino teenager turns on his walkman after he leaves his local bodega on a hot summer night. While walking home, the station he settles on is a live mix from a rave in the Caribbean. From there, it’s a transformative process in which the local sounds of his neighborhood seem to mesh vibrantly with the sounds of acid, vogue, urbano, hardstyle, and rave stabs. As the broadcast ends, he’s finally home, and he switches channels until finding something familiar.

Next, we have Cluster Mag’s managing editor, Max Pearl. He’s been onto a tip of bootlegs and juke edits recently, but the mix below is a history lesson. And not only that, the mixing and selection is impeccable.

Five Years of Hipster Bass by Katfyte on Mixcloud

And the headliner on the night, Rizzla, is one of my absolute favorite DJs. Below is the audio from his BOILERROOM set in NYC this summer.

Also, we can’t forget knomad, who is putting this whole party together and is a damn fine selector himself. Below is his set from his RWD.FM show during hurricane Sandy.