Date 1
It was as if Salvidor Daliâ€™s and Ambrose E. Burnsideâ€™s facial hair had met and made sweet, passionate love to one another. I was outmustached by half the men in the room. My hair wasnâ€™t long enough. My pants werenâ€™t tight enough. My sweater vest wasnâ€™t sweater vesty enough.

My coffee was sure as fuck black enough though, and quite cold. My waiter was too busy trying to look ironic to notice me so I drank it and thought about strangling him with the chain from his own fixed gear bicycle. Actually, this clown looked like he probably rode to work on a unicycle. He was that cool. Seriously, his shirt said, â€œIâ€™m That Cool.â€ I thought about what that meant, decided I didnâ€™t know, then hated myself for thinking about it. Thatâ€™s just what he wanted. 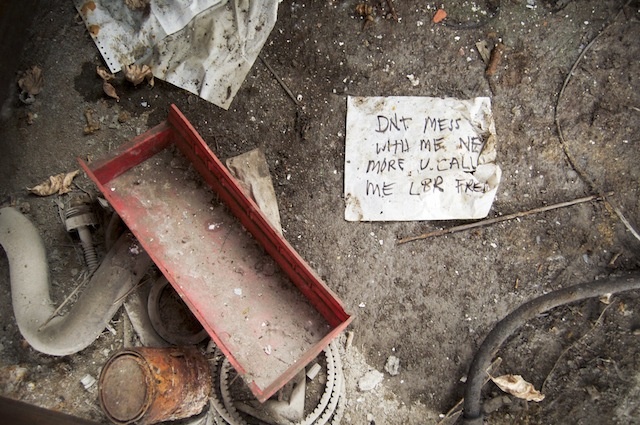 My date was saying something about drawing on mirrors. Things had gotten awkward earlier when I told her the only thing I knew how to draw were stegosauruses. She didnâ€™t seem to know whether or not I was joking, which made me realize I had no idea whether or not I was joking either. I couldnâ€™t remember ever trying to draw anything other than a stegosaurus so I decided it must be true. Iâ€™m really bad at flirting by the way.

I told her my apartment came with obnoxiously large mirrors in the dining area and she was welcome to come over and draw on them whenever she liked. She would actually be doing me a favor. All I have on them so far is a bunch of poetry and physics equations which makes me seem both emo and insane.
â€œOh, that would be awesome! But, you should know, Iâ€™m not looking to get involved with anyone.â€
â€œErrrr… what? Okay. You can still draw on them if you want. I mean, I have dry erase markers and they donâ€™t care whether or not weâ€™re dating.â€

It always seems like Iâ€™m missing something when I talk to women – like Iâ€™m reading a book but every fourth word is blacked out. I try and fill in the gaps but it doesnâ€™t make any sense and sounds crazy. I wonder if she thought this was a date. Afterwards, I would end up walking her to her car, and Iâ€™m under the firm belief that if you walk a girl to her car, itâ€™s a date, and youâ€™re a goddamn gentleman.

â€œDo you have any tattoos?â€
â€œIâ€™m not that cool. I was thinking of getting one though.â€
â€œReally? Awesome! I donâ€™t have any either. What would you get?â€
â€œA Rubikâ€™s Cube on my hand that solved itself when I closed my fist.â€
â€œOh that would be…. wait, what?â€

This girl met me through an online dating site. Why would you use an online dating site to meet guys if you donâ€™t want to get involved with anyone? Actually, what does â€œget involvedâ€ with someone even mean? Maybe thatâ€™s where I was getting confused. Thatâ€™s a very vague term when you think about it. Was she looking for a one night stand? No, she could do way better. Maybe she was feeling empty inside because she didnâ€™t have enough short guys with messy hair in her life. I suppose everyone needs at least one. She didnâ€™t seem lonely. In fact she was quite happy and nice. Nothing was adding up for me. How long had it been since I last said something? Nervous. I probably shouldnâ€™t have asked her what her favorite element was. Having thought about it, that was a weird question. Also, she said water, which I didnâ€™t have the heart to explain to her wasnâ€™t an element.

This was a good conversation. It had harmless, little white lies in it, she liked my face, and she was somewhat self-deprecating, which gave me hope that she would be okay with my self-deprecation. Now all I had to do was get the attention of our waiter, who was looking so laid back I thought he might be dead. Luckily he looked right at me, so I waved at him. He waved back at me, then returned to looking laid back. Okay, well played sir. You clearly donâ€™t give anything even resembling a fuck. But why do you hate me? Are you mad at me because all we were ordering was coffee? I wanted to tell him I promised to leave him a decent tip if he just brought me some more. Maybe if I attached a Pabst Blue Ribbon to a string and threw it at him I could lure him over here. I didnâ€™t have any string though, and if I had had a PBR I would have drunk it by now. Things seemed hopeless.

But just when I thought I was never going to taste another cup of coffee again as long as I lived, our actual waiter came over and refilled my cup. They really needed uniforms at this place. I could feel Mr. â€œIâ€™m That Coolâ€ laughing at me through a mouthful of Camel Lights.

â€œSee, I just could never be tied down. Iâ€™m so glad you seem to understand.â€
I didnâ€™t know what just happened. I thought we were talking about eyebrows still. I swear I was paying attention even while I was feeling like a complete moron.
â€œOh, yeah, I totally get it.â€
â€œGood! Iâ€™m so happy.â€

I didnâ€™t get it. I didnâ€™t understand anything. Trying to follow this conversation was like trying to solve the New York Sunday Timesâ€™ crossword while riding a raging bull on crystal meth. And this is when I decided I didnâ€™t want to live on this planet anymore.

â€œHi, Iâ€™m driving around your apartment complex. Which one are you?â€
â€œIâ€™m outside. Just look for the girl in zebra pants.â€

She got in the car and I immediately knew she was out of my league. She was the most adorable thing I had ever seen – ridiculous pants, cute hair, and big green eyes.

â€œI am definitely out-pantsed big time right now,â€ was all I could manage to say.

She smiled at me and laughed. Perfect. Just keep making her laugh. Laugh her into liking you Matt. No problem. She actually turned out to be a remarkably intelligent women. A kind women. Passionate. Relaxed. Funny. Educated.

What could she possibly want with me, right? Yet she actually seemed to enjoy my company. Our date turned into a five minute montage from some shitty romantic comedy, complete with a dinner at a cute cafe in the bright outdoors, a trip to an ice cream shop, a romantic walk along the river at sunset, where I swear to God a black guy was playing jazz on a saxophone at one point, and a middle school-esque make out session in my car at the end of the night.

Fucking never heard from her again.

You can only send a girl a couple of unanswered text messages and leave her maybe one unreturned voicemail before you get creeper status permanently stamped all over your ass, so I guess Iâ€™ll never know what happened. She visited my profile several more times on the â€œdating site which I will not nameâ€ so I know sheâ€™s not dead. What kind of upside down Twilight Zone shit is this anyway? Itâ€™s like the whole world got together and collectively decided to stop doing things that make sense to Matthew DeVall. My friend told me I was probably too nice and she actually really liked me and I scared her off. Really? That can happen? I mean, I suppose that makes sense if she was, I donâ€™t know, a retard, but Iâ€™m pretty sure she wasnâ€™t. Who is scared of nice guys? Nice guys arenâ€™t scary. Spiders are scary.

Believe me when I say Iâ€™d be the first to admit to fucking up. I have blown my chances with plenty of girls by acting weird, or stupid, or being offensive, or an asshole, too shy, creepy, ugly, boring, condescending, sarcastic, insensitive, smelly… this is an extensive list. But, Iâ€™m mostly confident I wasnâ€™t any of those things this time. I had what they call â€œgame.â€ Iâ€™m not sure what that is but Iâ€™ve heard it used before. Maybe she couldnâ€™t handle my game. Itâ€™s too complicated. Maybe my game operates on the surface of a dodecahedron with lasers and shit and she didnâ€™t know how to play, let alone how to keep score… what am I talking about? Iâ€™m probably just so much of a weirdo I canâ€™t even tell anymore.