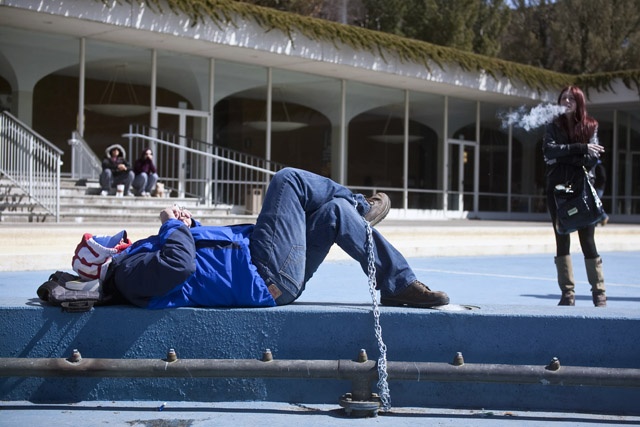 Remember that Chris Schewe dude from yesterday’s post? (You saw it here first!)

Well, he wasn’t pulling our chain.

Today Schewe shackled himself to the main fountain at UAlbany in a staged effort to save Fountain Day and the university from national media embarrassment, or at least that is what he claimed. Stop by to go catch his act before Monday. Today is only Friday, tomorrow is Saturday, and Sunday comes afterwards — and the whole time he claims he’ll be chained up, not eating, and wearing adult diapers.

Schewe is an aspiring comedian studying film and sociology at UAlbany, a war veteran, old enough to be my father, and one brilliant self-promoter. Today the news and reactions varied, but many students at the scene recognized him as a comedian and knew it was all a publicity stunt. Part of Schewe’s act is about smoking weed, a popular stand up comedy routine, and some people believed him when he said he ripped a bong prior to his stunt. Check out the funny responses and mobile pics on Twitter.

KAB saw through it but still thought some of his jokes were pretty funny. He promoted his YouTube channel to students at the fountain — check it out here. It’s pretty strange.

Not many students expected some free entertainment today while walking to class, but Schewe delivered his promise and there were plenty of laughs. If anything, some happiness was restored to a community that has seen better days. 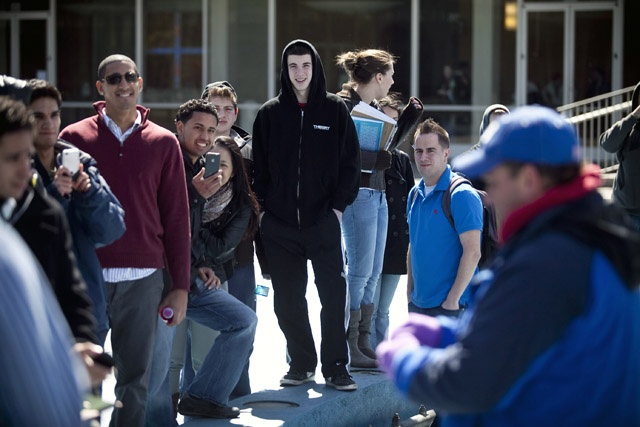 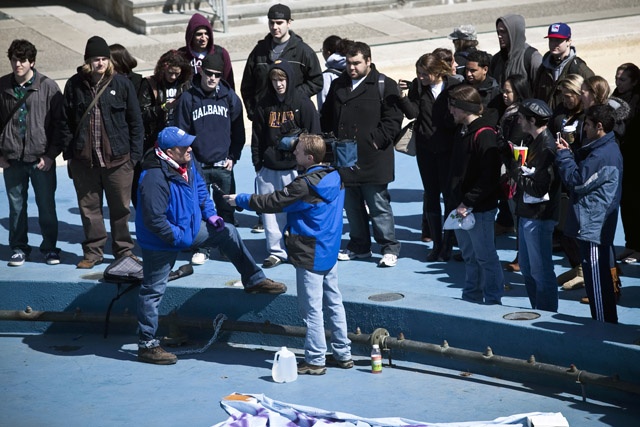 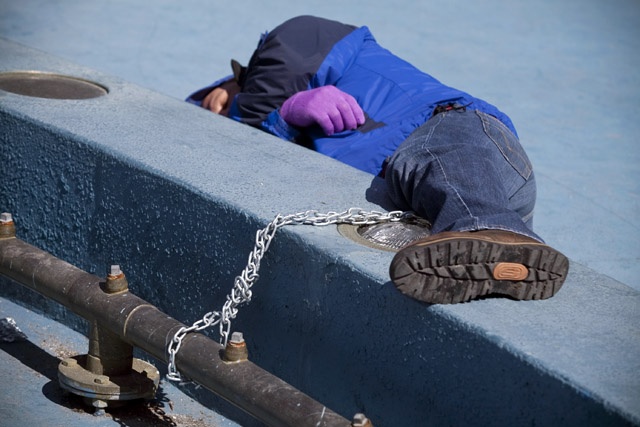 Hit the jump to see what people have to say about Schewe’s selfless, humanitarian act of benevolence.