That person can go fuck off.

Some cars are boring. Other cars are so boring it could only be a result of special effort. A grey Ford Focus sedan will get you where you want to go in the most mediocre fashion possible. It wonâ€™t get you there fast. It wonâ€™t be a fun ride, and you probably wonâ€™t see anything interesting along the way. This, coincidentally, is also the perfect analogy for what itâ€™s like to have sex with me, but I digress. The Focus is the car for the average, unremarkable person. Itâ€™s a car for the modest consumer – a car for the person who wishes to blend in, and the only way thatâ€™s cool is if you rob banks. 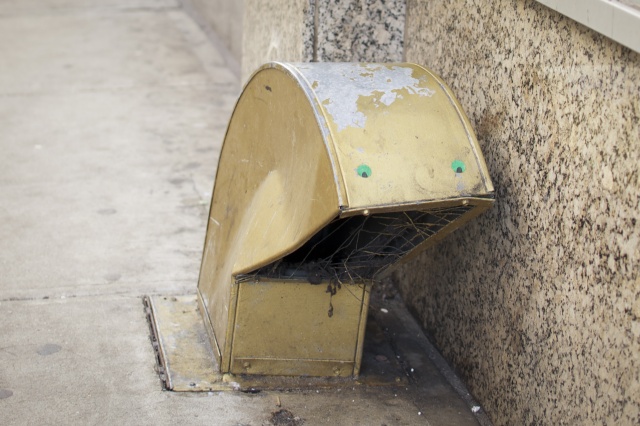 My 2004 Ford Focus also has this interesting feature whereby it falls apart when you drive it. Iâ€™m not sure if the previous owner paid extra for the shitbox package but it delivers. Run one of these trash heaps through six New York winters and put 100,000 miles on her, and sheâ€™ll turn into an uncooperative rust heap of pain and disappointment. Besides uncontrollably spewing power steering fluid all over the streets of Austin, she doesnâ€™t charge her battery anymore, shakes like sheâ€™s having a seizure at speeds over fifty-five (apparently I have bent wheels – thanks shitty New York roads), and while the air conditioning doesnâ€™t work too great anymore (hardly a concern in Texas right?), the cabin fan makes an extremely obnoxious noise that distracts you somewhat from the heat. My previous cars were actually way worse, but they were old and had character. There were so many things wrong with my BMW it became funny when something else broke. Besides, that poor thing was well into its third decade. You have to respect that. Iâ€™m only twenty-four and things are starting to go to hell. But when my Ford â€œWhat The Fuck Was I Thinkingâ€ Focus gets something wrong with it at the ripe young age of seven, itâ€™s just pathetic. Stuff isnâ€™t supposed to start going to shit when youâ€™re seven. How many seven year old kids do you know with a bad back or a meth problem? Hopefully zero.

My cars are getting progressively lamer as the years roll by. I started out with a BMW, then a Volkswagen Jetta, then my Focus. If this trend continues, Iâ€™ll be driving a golf cart by the time Iâ€™m thirty, and not one of those pimp-ass Hummer golf carts either. Iâ€™m talking like a ten year old dirty white cart with no sun-shade thatâ€™s been crashed into one too many sand pits and smells like a mixture of stale beer and piss.

I donâ€™t mean to romanticize about this. The only reason I bring it up is because this rusting pile of garbage is me now. Deep down in my soul Iâ€™m a Ford Focus and every time I see that thing in a parking lot I want to kill myself. Itâ€™s an ever present sad reflection of who I have become. I am a miserable purchase thatâ€™s falling apart. Iâ€™m not worth fixing because Iâ€™m well below Blue Book value and I think there are bees living in my trunk, though Iâ€™m not really sure because I havenâ€™t been able to open the fucking thing in like a month.

In Japanese culture (this is a paraphrasing of another personâ€™s words), when something became broken, they would repair it by filling in the cracks with gold. They felt that when something was damaged, it told a story, and became more beautiful. The gold was used to pay tribute to its history. Thatâ€™s a charming thought isnâ€™t it?

Clearly none of these assholes ever drove a Ford Focus.

Now, if I were a 1974 BMW 2002 with the cool push out pumpers and the vintage crank sun roof then yes, you would restore me. But nobody in their right mind restores a Focus, at least not anybody with even a minuscule amount of self-respect. You just drive a car like that around and hope somebody plows into you one day so you can collect the insurance money.

See, a car like the Ford Fucktard is what you buy when you decide to give up on your dreams. I remember thinking to myself, â€œYou know, this isnâ€™t me at all. I wouldnâ€™t ever want to drive this, but you know what, I really need a car and this is practical.â€ And so started the slow spiral of all my hopes and life ambitions down the toilet. It sounds dramatic but I truly think thatâ€™s when it began. For some time now I havenâ€™t been able to place the moment when I started feeling like my life was worthless, but I think three years ago, in NBT Bank, when I ripped out my heart, shot my conscience in the face, and signed the loan for that sinister machine, is when it all began.

Iâ€™m still doing this online dating thing but I think Iâ€™m about to make my last stand. Five dates with five different girls is enough. It was fun for a while but I don’t feel like lying anymore. When I stare into these girls’ faces and try to smile, or send them silly messages, I canâ€™t help but become deeply saddened. I offer them a weak facade of awkward humor, knowing that behind this faded paint there is nothing for them. I tried upon people’s request, but this artifice is too difficult for me. I want to ask them a question but I know I shouldnâ€™t. It wouldnâ€™t make any sense to them.

Would you restore a broken-down Ford Focus?