Iâ€™m going to be honest, The Carter IV is the best rap album out this year. And if you havenâ€™t read my review The Watch The Throne let me inform you now, I think that album is pure hot stinky NYC trash. Until Rick Ross releases God Forgives, this is the album all rappers who plan to release their shitty albums should aspire to beat. 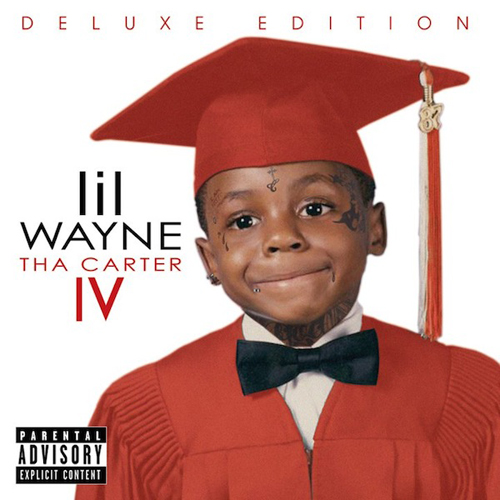 The first thing that becomes apparent while listening to The Carter IV is this is the first time in years, we the audience can understand what the fuck it is that heâ€™s saying. Itâ€™s not that drunken sizzurp slang that weâ€™ve all grown so accustomed to. This is a great thing because it was always a major complaint with me about Weezy. Now, I can understand what everyone is raving about, the guy is talented, and an excellent song writer to boot.

Although the first track sounds like some shit out of the fucking Ringling Brothers Circus, once you get past that youâ€™re in for an enjoyable album. Even the played out auto tune sung by T-Pain sounds amazingly refreshed. I simply canâ€™t praise it enough and I’m not the biggest Lil Wayne fan either. If Birdman happens to read this review heâ€™d probably smile and begin rubbing his hands together while screaming Jun-Yah.

I think after you listen to this album youâ€™ll probably just smile and say Weezy F, because I did.