The bill of last night’s show at Northern Lights, presented by Guthrie Bell Productions, was solid enough on paper for people to forget that Sunday isn’t quite the new Saturday, but it’s close enough to count.Â  Judging by the demanding encore requests and yelps from those in attendance last night, there’s also no such thing as too much mimosa–those who drank in the pulsing beats of Tigran Mkhitaryan, (MiM0SA), a DJ/Producer based out of Los Angeles, made it clear that they wanted more. 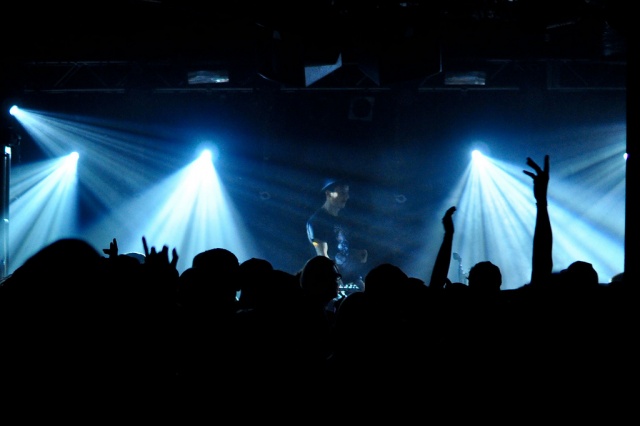 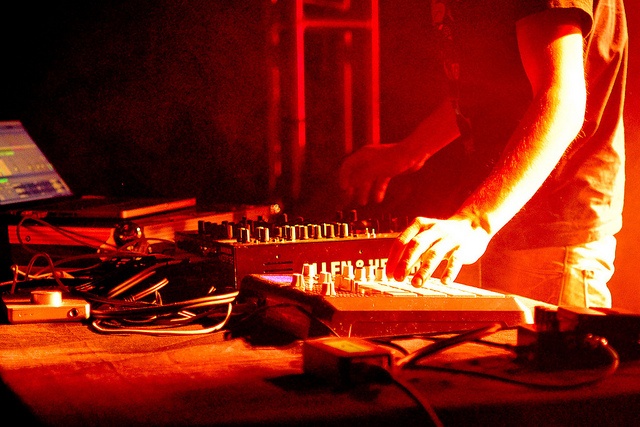 MiM0SA ate up the energy of the crowd, quite theatrically removing his black fedora from time to time, freeing him to head bang and thrash about on stage.Â  Occasionally swigging from a large bottle of Maker’s Mark between tracks, and riling up the audience, it was as if he took it upon himself to show us in the Capital Region how the West Coasters get down on a work night.Â  Gotta admit though, the dude’s got style.

ELECTRONICAnonymous, the electronic solo project of Jules Jenssen (of HiGHER ORGANiX), started off the night with an early set.Â  I regrettably didn’t arrive in time to catch him, but can say from my past exposure, that he is deservingly so on my local radar.Â  Jensson is always nurturing his musical ear, working as a sound engineer when he’s not performing, and drawing from an expansive range of musical influences from “his father’s music” of classic rock to today’s current electronic and jam-infused music.Â  Scope out his SoundCloud!

Sandwiched between ELECTRONICAnonymous and MiM0SA was opener Michal Menert, who is currently celebrating the 1-year anniversary of his debut solo album, “Dreaming of A Bigger Life,” the first release on the Pretty Lights Music label.Â  Menert is a childhood friend of Derek Vincent Smith, of Pretty Lights, and I last saw the two in November when they played to a packed house at the Washington Avenue Armory.Â  Menert and Smith have collaborated countless times over the years, and Menert offers his combination of Eastern European and Western influences into his musical approach.

MiM0SA worked the decks well; ranging in building rhythmically with the crowd, playing hype beats with slower-paced ones.Â  Behind him, was an extended garden of hexagon-shaped LEDs (definitely not house gear) that blinded those staring face-on and washed vivid colors of light across the crowd.Â  The sound quality was also noticeably better than normal; for me personally, the venue has been hit with some set-backs in the past but felt spot-on last night.Â  It was also reaffirming to see people passionately dancing, hands up, for the entire duration of MiM0SA’s set.

MiM0SA, self-described as “crunk-step dub-hop for the soul,” played a nice blend of his own productions, even digging back into his personal catalog at least 3 years back and playing other people’s music.Â  Highlight tracksÂ featured Girl Unit, â–½nknown ShÎ”pes, Dr. P, Laid Blak’s Red (Chasing Shadow Remix) with some Estelle samples and Lil Wayne sounds tossed in for good measure.Â  He also played a lengthy sound clip from stand-up comedian and social critic Bill Hicks, under blue lights and over bustling, anticipatory conversations.Â  He incorporates distorted dubstep bass, glitch work, fast-paced synth, short vocal samplesÂ and hip hop flavoringÂ in his work andÂ smoothly shifts in different directions. Overall, I was pleasantly surprised and found this performance to be a lot more enjoyable than I had originally expected.

On stage, at times, he acts as though he’s forgotten his youthful age,Â withÂ his focused, seasoned composure,Â but also manages to embraceÂ itÂ for all its worth by wearing a Mickey cartoon t-shirt, incomprehensibly addressing and signaling the audience and doing a mostly-cheesey-but-sorta-cute power outage fake-out.Â  He is energetic and is making moves quickly; touring extensively in the next few months, bringing his west coast sound across the country.Â  His latest EP, “58 Degrees,” is available for a free download on his own label, FALSE ID0L MUSiC, or for a donation going towards the relief effort in Japan. 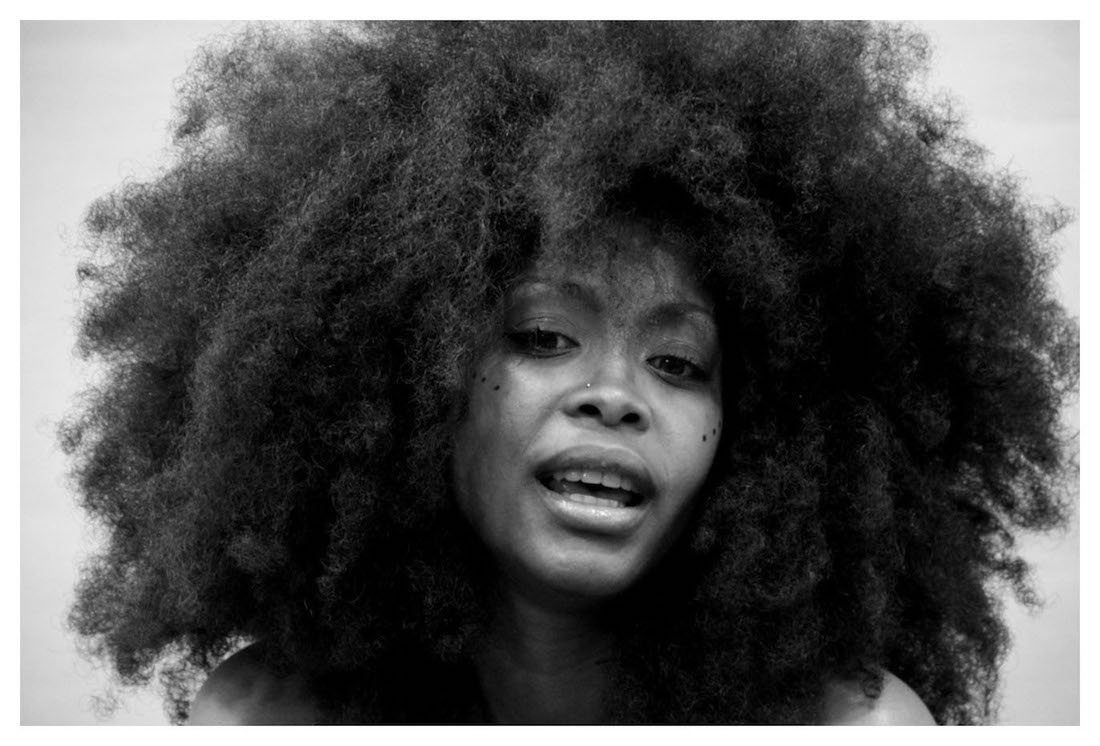