We’re only a day away from the next Outpost1! Â For those locked in, take a minute and get to know this month’s guest DJ – Ghosts On Tape.

There’s a plethora of reasons to be excited about the fact he’s flying into AlbanyÂ all the way from SF and this interview just reinforces the awesome. Be stoked as hell for what’s beneath the jump! 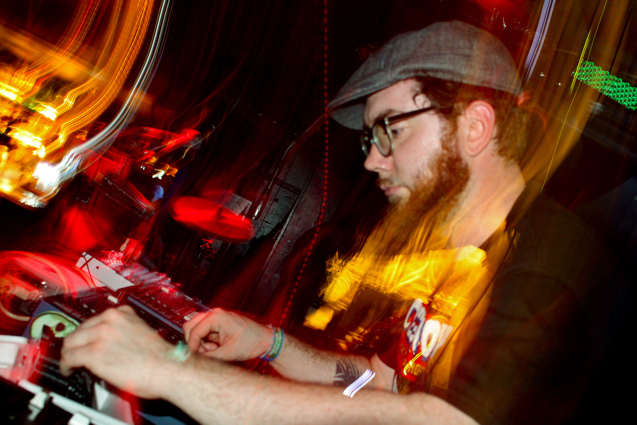 In the game since: been making tracks since 1998. did my first live PA at a rave in 2000. been producing and performing under the Ghosts On Tape moniker since 2005.

What are some of your recent favorites (or aged guilty pleasure) tracks that you consistently enjoy? Do you have any “never fail” or “go-to” tracks? really been feeling Tony Lionni’s tracks, Lone, a lot of UR stuff, almost anything on Rush Hour, the new Lando Kal joints are really blowing my mind lately too. “go-to” tracks would be “Work That Motherfucker” by Steve Poindexter, “This is Acid” by Maurice Joshua, and some other ones that i can’t reveal. don’t wanna give away my secrets and ruin any surprises!

How did you arrive at your moniker? Any specific background or meaning behind it? i actually used to record my music on to tape with a 4 track tape recorder back before i had a computer. back then, i was making less dance-y music and making sort of smudged, lo-fi, scary soundscapes that just sounded like ghosts on tape. it was sort of a take on the whole EVP (electronic voice phenomenon) thing. since then i’ve found my way back to making dance music, but when i’m alone in the studio sometimes i still dabble in the scary shit!

If you could do your thing anywhere in the world, where would it be and who would you like to split a set with? you know one thing i’ve realized is that it doesn’t matter where you are geographically, what matters is how the people in the crowd react to your music. if the people are actually lovers of dance music and are down to get rowdy to some really underground and unexpected sort of music, thats the best kind of show to me. and i really would just wanna split a set with someone who i’m friends with. i enjoy DJing with my buddies the most. dudes who understand what kind of jams i wanna play and what kind of vibe i wanna go for.

Do you remember the first party or event you played? How shitty was it? Â What did you learn from it? yes the first time i ever played was at a rave in my hometown of St. Louis in 2000. i did a live PA and it wasn’t shitty at all! it was held in a rough part of town in an old airplane hangar-type building that was previously a makeshift dump/camp for homeless people/spot to dump stolen cars. it was also the filthiest place you could imagine throwing a party. so dirty and gross, if you looked up at the rave lights you could just see dirt particles saturating the air. but it was really fun.

How did you arrive at your current sound? How do you describe your sound to others? How do you keep it fresh? years and years of raving and listening to all kinds of music. i can’t really think of any conscious process i went through to arrive at my current sound. the journey of life maybe? if you are passionate about music and true to your creative impulses, a unique musical style should just come out of you naturally. we are all snowflakes. or fingerprints.

i would describe the sound as drum heavy, deep party music. chicago/acid/ghetto house influences. detroit. crazy rhythms. hopefully something unexpected yet familiar. its hard to put into words, i guess. i’m very interested in challenging people at the club to dance to something new. i really hate to play it safe.

What’s your favorite drink? makers mark on the rocks. or another nice bourbon. i like a nice smoky scotch sometimes too. and san pellegrino. i drink the fuck outta that shit.

How did Icee Hot get started? well, my buddy Shawn Reynaldo asked if me and Low LimitÂ  wanted to be involved in throwing a dance party that revolved around UK funky, garage, 2-step, and that sort of stuff. there was an amazing musical movement blowing up and it was completely not being represented in clubs in the US. it was sort of a reaction against the super harsh dubstep and hippie oriented glitch hop parties that were dominating San Francisco clubs at the time. that was like around September of 2009. its since morphed into just booking whoever we like. i like to say we focus on modern and classic bass music. genre doesn’t really matter as much anymore as vibes. we like outsider artists that do their own thing and are serious and passionate about their art. people that through the sheer power of their vision are creating trends and movements, and not following them.

How did you celebrate the “Best New Club Night” shout from the SF Weekly? With pizza? haha no although we really should have had a pizza party! we just celebrated by gloating and reminding people all the time that we are “the best” and “award-winning”. just kidding, it was very flattering to be recognized for what we do.

I appreciate the aesthetic of no party photographers, no guest list, no set times, etc. How do you think that essence aids the vibe? Were there any objections/compromise with this? its really just to get people to focus on the music. that is the only thing that matters to us. we just don’t want cameras all up in our face while we’re raving! let yourself get lost in the music and stop worrying about showing the internet world what a great time you had! the guest list thing, we put certain people on, but we keep our parties super-affordable, so there should be no reason you can’t pay $5-$10 to see some amazing DJs from all over the planet, many of whom its their first time playing in SF. we are not doing this party to make money, but we don’t wanna lose money either. we’ve not made one penny off of ICEE HOT, every cent we make goes into the next party. the no set times thing is because we don’t want people just showing up late to hang out for an hour to see one act. we are all good DJs and we promise to play music we love so just show up early and soak in as many vibes as you can. there are no objections from anyone in the crew about these guidelines. we just try to cut the bullshit and distractions.

How do you combat boredom? What do you do when youâ€™re not making or playing music? music really does take up about 90% of my time whether its working on tunes or sorting through tracks for DJing. i’m obsessed! other than that i like basketball and eating delicious food. and watching lots of nature and science programs.

What can we look forward to from you in the near future? more records! i don’t have tons of stuff released right now, but it’s coming! i have a 12″ collaboration with Low Limit coming out later, more collabs coming down the pipeline, and also watch out for ICEE HOT Records!! 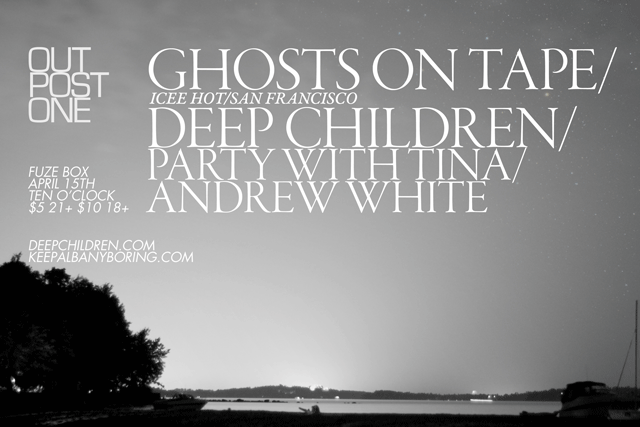 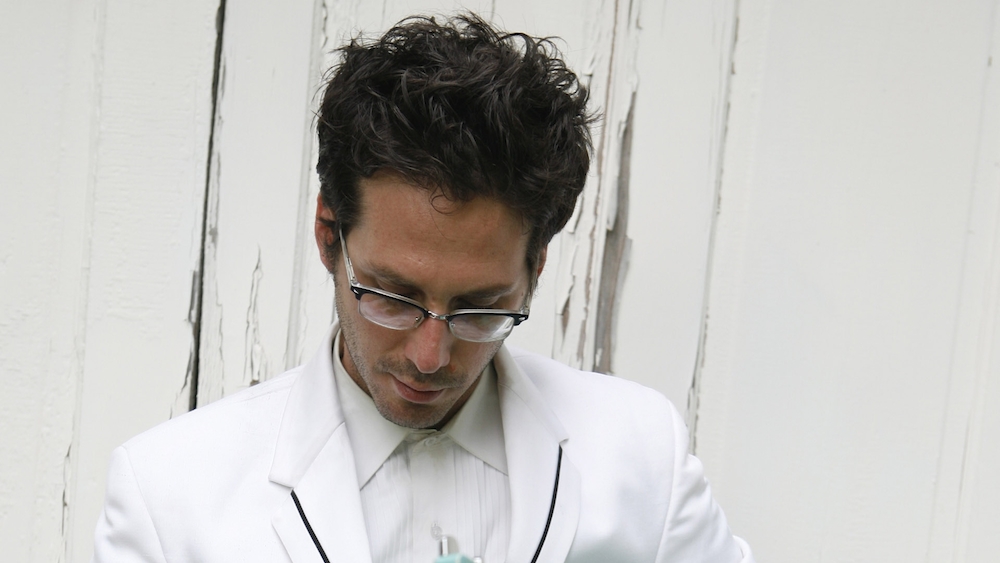 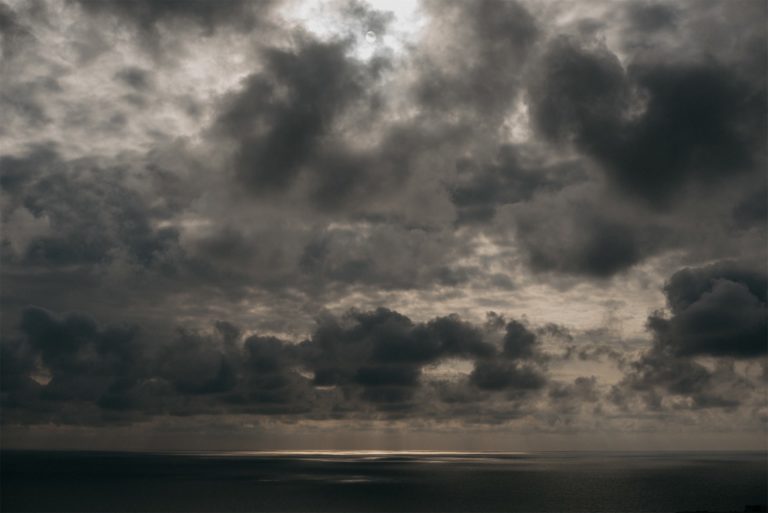 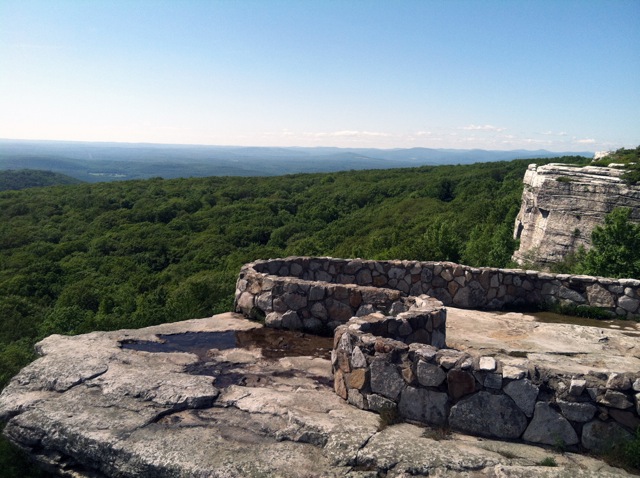 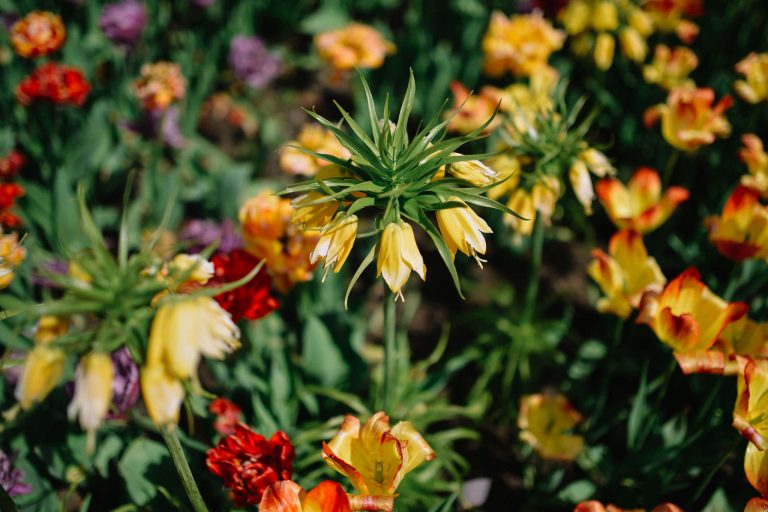