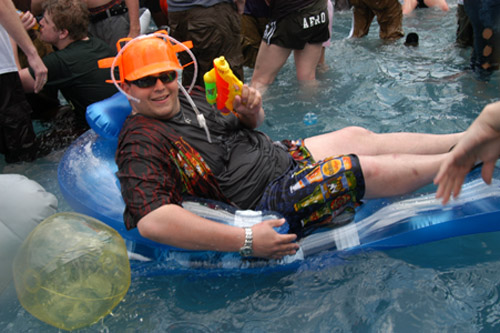 Enter 2004, the year Fountain Day blew up. Tons of students hospitalized, risquÃ© photos published, and an all-around media embarrassment at how ridiculous the event actually was. (Keep in mind this pre-dated the popularity of social media as we know it today.)

Now, recent attendees can recall the amount of security and rules in place for anyone attending the event, which was limited only to students that had to pre-register. Safe, it seemed.

After years of organizing the resources and knowledge of hosting these safe, official Fountain Days, Philip is now suddenly tossing the event away and assuming that students will not find unsafe alternatives in a fit of rage. It just got personal. Try to stop it and youâ€™ll still be putting students in a position where they get in trouble with law enforcement and university policies.

This aside, Fountain Day creates a great opportunity for students beyond it being fun. Let us not forget the students involved with helping to plan it, the WCDB DJs that play music, the ASP and ATV staff that report on it, and the Torch Yearbook photographers that traditionally have an impressive (and expensive) full-color spread of Fountain Day every year. What do they have to look forward to this spring? Fountain Day is irreplaceable.

Clearly Kegs and Eggs was an embarrassment to the university, who in recent years have made it a point to re-brand themselves and attract worldwide attention for new modern nanosciences. The name appeared all over the news and created a citywide outcry that continues to be felt. However, in the days since, upstanding students have banded together to help clean up the streets and broadcast their thoughts. The university already has an impressive social media presence, but with no effort the community is responding in a positive way knowing the consequences of Kegs and Eggs and the reputation of their diploma being at stake. As a result, the general spirit, for the first time in my recent memory, is growing among average UAlbany students. This is sure to kill any new-found self defense school spirit that many are sharing.

I challenge President Philip to delete all public relations mentions of the neighborhood cleanup, organized and executed by students in an attempt to save their community. It is those proactive students that you are punishing too. 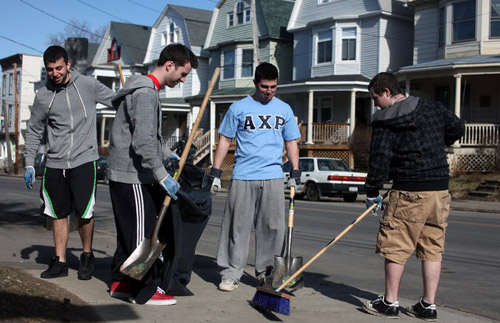 Some cool dudes cleaning up on Neighborhood Cleanup day. (photo by Patrick Dodson)

With a new story unraveling the general public will have more ways to judge the university and assume that it can’t handle unruly students for another Fountain Day. That is not the case. Now the university is pitting the majority of students against a small group of bros, putting them in the same category and furthering the misconceived notion that all UAlbany students behave like that.

2011 was not the first year of Kegs and Eggs, and much to the disapproval of the university, APD, and District Attorney Soares, it won’t be the last. With the growing importance of social media it was the first to go viral, but videos exist from years prior and even the Hudson spring block party, which has been just as chaotic in the years past.

The problem here doesn’t end at Kegs and Eggs. The university is focusing on special academic advances while ignoring problems that linger. According to numerous student groups, new student involvement is at an unbelievable low that jeopardizes the future of valuable groups on campus. Spend an hour on campus and you’ll recognize student apathy and negativity. Our Jersey Shore generation just doesnâ€™t care. Punishments like this will only add towards that attitude and not solve any problems.

A Daily News editorial touched on the fact, ironically enough, that parents and universities are responsible for students acting like morons, having no respect for other people or property, not knowing the consequences of their actions, and not appreciating their time spent at an intellectual institution.

So I ask you, President Philip, was this an appropriate/intelligent/effective way to respond to unruly students? Did you take advantage of the students to cast blame for canceling Fountain Day? Did you ruin an opportunity to embrace the good that came with the bad? Will this completely kill all school pride? Will students still get drunk? Will canceling Fountain Day help clean up Pine Hills? Will you hire me for the new Communications Director job?

It will be interesting to see if the students have the attention span and dedication to keep up with their objection. In the past students havenâ€™t shown up to organized protests about tuition hikes or to safety meetings following students getting murdered downtown. However, if their organization does spread as fast as those Kegs and Eggs videos then the university may have a new issue to deal with that could have been avoided. And with all the social media mentions, their online reputation will continue to deteriorate and influence prospective applicants.

â€œU A, U Knowâ€â€¦ that students will go where the fountains flow. 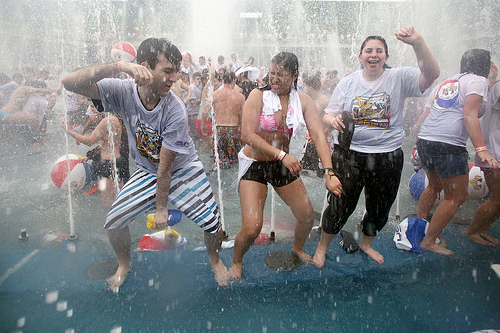 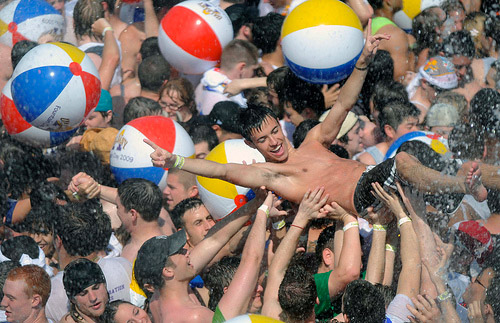 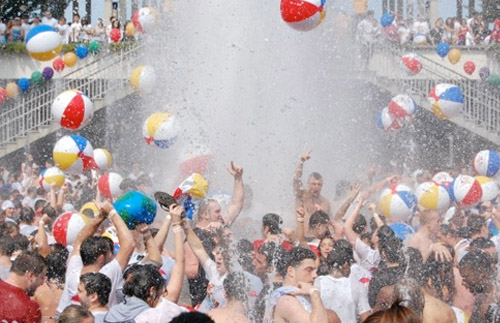 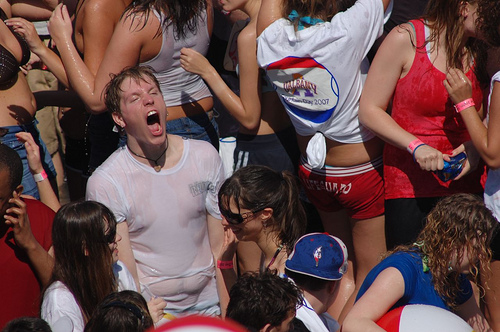