Well, well, well. Upon seconds of this episode starting, we’re confronted with the everyone’s least favorite thing after Glen Beck, Ronnie and Sam, fighting, again. Sam then reasons with Ron telling him “you can’t be mad at me for this.” Then straight up admits she hit up Arvin, like the sneaky weirdo she is. She says she hit him up to “get a rise out of you, be spiteful, or to get you back”, she’s an actual crazy person. 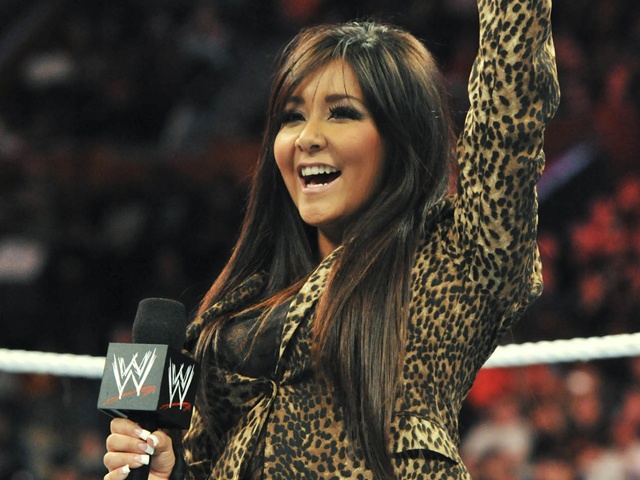 It cuts to Jenny, Snookie and Deena rolling around in a box (???). And Deena starts the scene with the question “Do I look like a lopsided?” Snooki then kicks a box and falls on to the hardwood floor. Apparently the little traction dots are worn off of those big green slippers. Deena then gets in the the box and exclaims “I feel like I’m in a spaceship!” which sort of makes me feel that she may actually have never been inside of a spaceship before. Mike chimes in stating “I’ve never thought I’d meet someone who makes Snooki look like a rocket scientist, but Deena takes the cake.”

The three girls (Jenni, Deena and Snooks) get to work ten minutes late, and are real pissed off when Danny again, tries to get them to perform work tasks while at work. Deena, who explains herself and attitude at work by saying “Dannys on my caseâ€¦broâ€¦I’m not trying to do this, I’m trying to live my life”, Danny fires back with “Thanks for officially being the worst, worst employee of the 2010 season!”

Snooki and Vinny head out to the burger place. Snooki then asks amazing questions at the burger place such as “beer battered onion ringsâ€¦do you cook that in beer?!” Snooki then makes shit really awkward by asking Vinny why he’s not fucking her instead of these rando chicks.

Next day, Vinny decides to go get his ears pierced. He’s scared and states that he was peer pressured into it. Pauly then tells him to ‘b.c.’ which means “be cool.” (Just added that shit into the vocab btw.)

They then all of course decide to go out, Sammy and Ronnie of course make me bang my head against the floor by getting wine and staying in. Vinny then asks Pauly what Deena’s favorite party of Mario Brothers, which is “Denim, denim, denim.” Also Vinny says “Mario” like I do, and get made fun of by all the upstaters for saying. Vinny then, to Deena’s dismay, states to the confessional, “She’s like, whatever, I look good. Like she thinks she looks good. I don’t think she knows denim isn’t in anymore.”

On the walk to the club some motorcycle dude revs their engine at the girls and Jenny explains, “that means he’s got a small penis.”

The Israeli stalker happens to be at the club. She is apparently allergic to getting hints because she asks Pauly whether or not he’s done with his grenades, and he tells her “nope” and carries on. “Danielle is the only thing that scares me in Seaside.”

Ron invites Sam to sleep with him upstairs. Holy hell.

Vinny and Pauly go to Aztec, where it’s only women who are older than Jesus’ dinosaur, and Pauly accurately described the situation as “if this atomic bomb explodes, there won’t be any more boardwalk. They get fed up and leave with the grenades anyway since it’s all part of the same game.

Again, this chicks brother comes to an actually responsible human and try to figure out how his sister and friend are getting home tomorrow. Pauly realizes this is his ticket to getting this el granado out of the house and asks this dude “can you give her a ride now?” It’s only made more awkward by Vinny asking “can you give her a ride tomorrow.” This chick then tells Vinny “you’re a fucking dick, you know that? I’d rather fuck Mike anyway.” Vinny jokes and grabs Snooks (as his last resort chick) and pretends he’s gonna go smash. Dick move. He plays her out and keeps trying to smash and she’s shutting him down. YGG.

Deena weighs in on the situation with “Let’s be real you didn’t come here for pastries and coffee. You came here to do sex with Pauly and Vinny.” YGG.

Sams calls out Vinny for yelling at Deena for getting Kool Aid on his kicks. They then resolve it via a freestyle battle. Vinny then actually makes her mad after she asks him to “say something mean.”

Mike and DJ Pauly D head over to the Shore Store for their last day at work. Mike is asleep at work, in tons of places. Like the fitting room and behind the counter. Mike sleeps in the dressing room, then the UPS dude blocks him in with boxes and claims he got trapped inside. He’s awesome.

Ronnie’s mom calls, and is fucking obliterated. Mike tells Ronnie’s mom everything Sam did to Ronnie in the recent past. Ronnie hangs up on her because she’s blitzed.

Mike is telling Ron more about the Arvin situation, Sam is clearly sweating bullets. Mike calls him, he tells him they’ve made out. Ron storms out and that’s the episode.

Out for the North American Handmade Bicycle Show! My photos will be on Prolly’s website starting tomorrow morning through Sunday. Check ’em out if you’re into that sort of thing, and if not, normal posting resumes Wednesday (if no one else picks up my slack!)

Unfortunately, everyone’s favorite Slim-Jim commercial antagonist must be laid to rest sooner or later. Today, It was Randy Savage’s turn after having a heart attack at the wheel of his car. I encourage everyone to share their favorite moments with Randy Savage in the comments. I will be sharing mine. Every mega celebrity has their…

So, as everyone knows, Schewe is an aspiring comedian who’s married, has a kid and a step-kid. We’ll I’m not too sure what sort of comedy he’s going for, but here’s a few YouTube gems from Schewe. In this one, he eats a roll of toilet paper! This one, a bottle of Elmer’s glue. And… 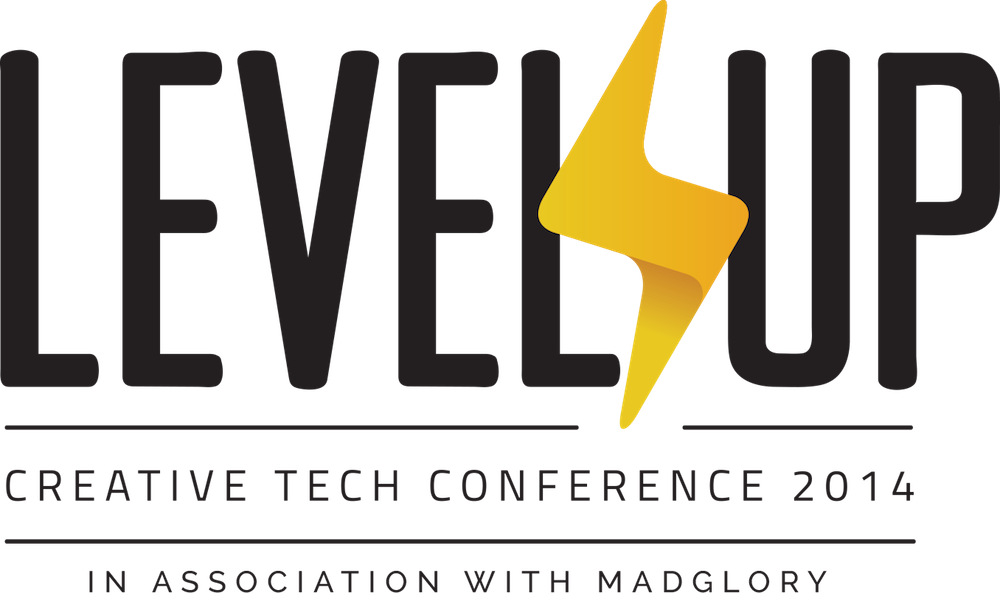 Level Up, a creative tech conference taking place on October 8 and 9 in Saratoga has put for sale their first set of tickets. If you’re likely to attend such a conference, you can save $50 by purchasing your tickets before tomorrow. Speakers for Level Up include talented designers from Amazon, SoundCloud, Quora, Seven Heads…

I’m asking that everyone vote in the Metroland Reader’s Poll. It’s sad to see that clearly none of us are voting. Everyone knows Dunkin Donut’s coffee is not the best in the area. Help make the things that are getting called the best, actually be the best! Best art gallery, metal/hardcore/indie/punk/rock bands, club/radio djs, radio…