You may have noticed yesterday that we included two events in our weekend link round-up that are beyond Albany borders. Both events have several things in common, including stacked billings and a fine gentleman named Distal.

Distal is a producer and DJ based out of Atlanta and also runs the label Embassy Recordings. In anticipation of our #vacay this weekend, we caught up with him for an interview in advance of his playing out at this month’s TURRBOTAXÂ® and at Cabaloosa’s in New Paltz. 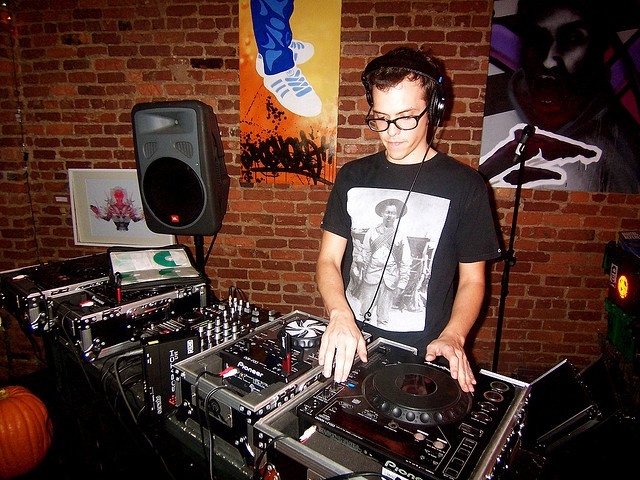 In the game since: Been DJing dance music since 2000, been producing since 2007.

Tell us a little bit about your background in music and how you got into producing and DJing? I grew up loving music. I was in band in middle school and a year or so in high school playing trumpet. Around that time I definitely was enjoying listening and absorbing rather than playing.

I was educated fairly quickly by my older brother on good underground music. I started listening to bands like Fugazi and Frank Zappa while everyone else was jamming to 311 and Better than Ezra! Iâ€™ve always been a huge fan of Primus, I saw my first show with them and Helmet when I was 12! That and Zappa was some of the first funk-based music I really got into.

I went to my first rave with my now label mate Ethan back in 2000, and found it oddly fascinating. I felt there was a whole world of music out there that was somehow condensed and accepted under one roof. Not too much later I got a pair of decks and started playing hardcore and breakbeat hardcore. That kind of stuff really stood out to me at the time. I really couldnâ€™t tell you why. Iâ€™m still a big sucker for the hoover.

I was mentored while DJing in town by a local hero named Kid Dynamite. He was the one who taught me to take risks while DJing and not to be afraid to mix crazy stuff together. My first few sessions with him we DJâ€™ed without headphones. I learned a lot during that time. After that time I was just studying the music while in school and DJing a lot of local shows. I got into breakcore and experimenting with avant garde remixes. I was a Maverick in ATL. It was worth it though, it added a lot to my productions today. The day after college I got a Mac as a graduation present, bought Logic and got to work. That was back in 2007, and I havenâ€™t looked back since.

Do you identify more as a producer or a DJ? Honestly I separate them in my head pretty well. Lots of things I was trying years ago with mashup and breakcore had a lot of influence on my ideas for the studio.

What’s a normal day like for you running the Embassy Recordings imprint? My days are hectic! I go between running the label, promoting shows, producing, remixing, networking and sharing! Coffee helps the process smooth right along. I try and make sure I relax a lot at the end of my days though. Usually throw on a film or two at the end of the night and relax.

What’s up next for the label? We just got the test presses for Embassy007 (Clicks & Whistles â€“ Cranberry Goose / Radiator / Goose Distal Remix) yesterday. It will be our first vinyl release on the label. Weâ€™re definitely thrilled that in this environment we can actually acquire a vinyl deal! We like to release music that we are really behind or support, no matter what kind of sound it is. Weâ€™ve always been really eclectic DJs and we want to keep the same aesthetic with the label.

Weâ€™ve got a lot of great up and coming artists appearing on the label. We are putting the final touches on an EP for an ATL based producer duo â€˜Broodlingsâ€™ they produce juke and footwork. Their music is full of so much character and warmth. We also are releasing an EP with Houston/Boston based artist Wheez-ie, with remixes from Salva and DJ ASSAULT! Weâ€™ve got a few tunes from Belgium based Subreachers that is a quite different then what theyâ€™re releasing on other labels right now! Also we picked up a hot two-sided single from another ATL homie â€˜Mayhemâ€™. Purple and funk for that one. And lastly we are always gonna be developing Clicks & Whistles around the label. Look for a lot more from them.

Weâ€™ve got lots of secrets but I donâ€™t want to let anymore of the cat out of the bag.

Who are you currently collaborating with (or remixing with)? Who do you want to work with next? On my way to the studio right now to collaborate with the Brooklyn-based band Archie Pelago. What theyâ€™re doing is way ahead of its time as far as process is concerned. They remixed one of my tunes for Tectonic from scratch and live. No sequencing, live instruments! Itâ€™s a breathe of fresh air. Iâ€™m also in the middle of finishing up a few moombahton beats with Sinden of Grizzly. Also waiting back on a collab with Club Cheval frontman Sam Tiba! I really respect his music. Iâ€™d love to start my collab with Addison Groove. Weâ€™ve been talking about it for a while, but both of us have been so busy we need to make time for it.

How do you incorporate what you studied in college into your production? Does your interest in auditory synesthesia influence your music style or how you relate to what you create, or maybe how you talk about your music to others? I always see music in shapes and colors. Maybe not as hardcore as some synesthetic people Iâ€™ve read about, but usually sounds and tracks have a certain shape and color for me. I love dictating the release color for Embassy. I think the colors we pick are usually spot on. When I collaborate with closer friends its funny to hear myself or someone else describe what they want next (â€œSomething squareâ€, Something â€œPurple right hereâ€ ).

Itâ€™s also interesting how much people donâ€™t even realize theyâ€™re relating two unrelated sensations in their head. My whole life Iâ€™ve seen days of the week and months as colors in my head. Tuesday is always red, Wed is always blue!

Do you think placing an emphasis on classifying genres and subgenres (especially as new listeners are discovering new, future bass sounds) can be limiting or inspirational? Itâ€™s human nature to want to break things down and organize them. I donâ€™t think itâ€™s as aggressive in nature as some people make it out to be. Itâ€™s ok to want to try and classify things.

How organized is your music collection? What was the most recent piece of music that you’ve purchased? Oh man my music collection is so not organized the way it should. I know how to get to anything I want, but its not organized how I want. I need to just take a few days off from everything and sit down and try to organize my samples and music. Iâ€™ve got SO many promos floating around my hard drive that I need to listen to. Last piece of music I purchased off the top of my head was a few things from Munchi, and a few classic bmore house tunes from Dj Tameil. Iâ€™m really into the Baltimore kick pattern. Oh and some things on Night Slugs.

If you could DJ anywhere in the world, where would it be? With who? Ibiza club space. With my ATL and Embassy homies, or a tag set with Addison Groove ;). Or a close second would be da warzone in Chicago.

What was the first event you played like? How did it contrast with the most recent party you’ve played? First party I played at was called TASTY! It was a happy hardcore rave. I donâ€™t think I have to go anymore in depth of how its different than today! LOL

What do you do when you’re not working with or listening to music? Watching film, going to the theatre, reading, writing, cooking, cleaning, drinking whiskey, campaigning for Ron Paul and playing with my cats!

How do you combat boredom? Boredom has never ever been a problem for me. I donâ€™t get how people can get bored, unless theyâ€™re in prison. Then they have an excuse,

What’s your favorite part about exploring new towns? What are some places and venues that have stuck out to you? What is the best way to experience some local flavor? I love traveling. Probably the biggest perk about this job. Every city has been an adventure. I donâ€™t want to leave anyone out because for the most part every town and promoter has been really into hospitality and treating me to a taste of the city. A few places that stood out to me that are a bit off the map for what I expected would be Pittsburgh and New Orleans. I got a great tour of New Orleans while I was there! And Pittsburgh was quite a cool city, the people were great and I really enjoyed the layout of the city and the architecture. God there are a lot of places Iâ€™m not listing! Places that always bring it proper, San Fran, NEW YORK (my 2nd home â˜º ) and Chicago.

What’s your favorite kind of taco? Fish Taco from Hankook Taquiera in ATL!!!!!!!!!! Get outta here so good. 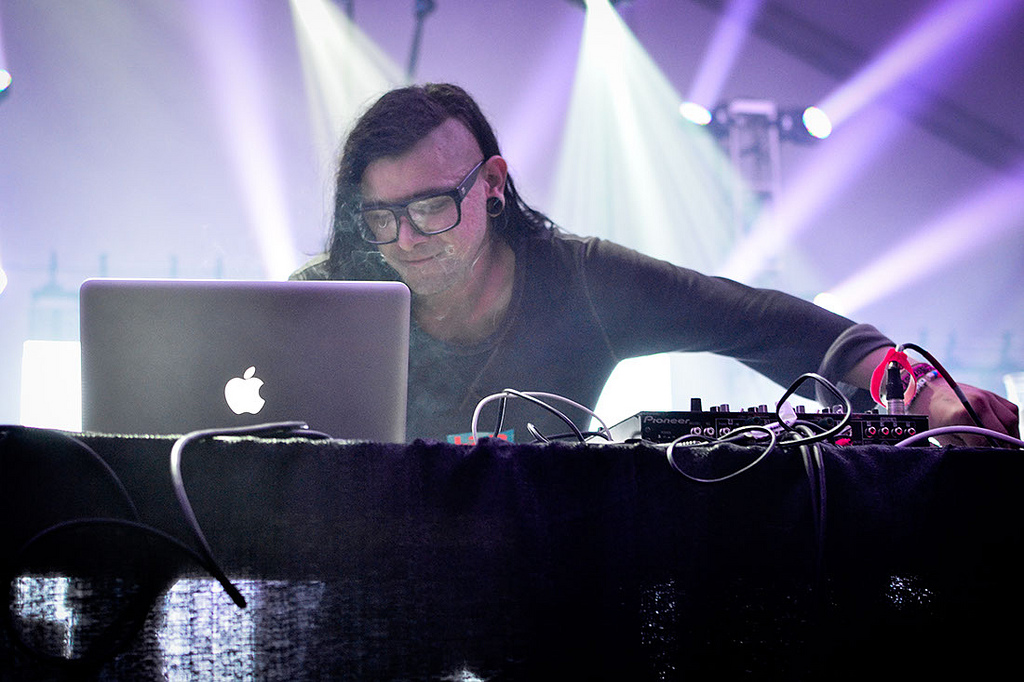 Coming hot on the heels of winning their appeal, The Armory is wasting no time getting their summer booked up. On Tuesday, June 3rd Skrillex will be playing the Armory alongside DJ Snake, Milo & Otis and What So Not. General Admission tickets are $49.50 and are on sale now. Photo: Andrew Franciosa / andrewfranciosa.com

Sasha Grey, famous “actress” from Entourage and Steven Soderbergh’s The Girlfriend Experience will be DJing at Vapor in Saratoga on Saturday, Feburary 4th. Way cooler than the idea of “this person will be in the same room as you for a tenner-per-ticket”. From their facebook page about the event: DVDJ Dread will start the night…

Last month, Bikini Kill released the 20th-anniversary edition of their self-titled debut EP on their new eponymous label. Dischord Records commemorated the occasion on its website; Ian MacKaye produced the record and was an early fan of the band. Coincidentally, in a Nov. 20 interview with The A.V. Clubâ€™s Marah Eakin, Kathleen Hanna compared herself…

There’s two installations opening on Monday, August 20th that have been developed on-site at EMPAC by artists Brent Green and Thom Kubli. Green’s installation premiered at the Sundance Film Festival, and Kubli’s installation is not yet finished, so guests will be able to see the artist work on his pieces during the installation. I definitely…

Winter’s entering it’s final throes, and more importantly, this month’s editions of on the sly and OUTPOST1 are almost here. This month we’re bringing DJ Sliink from New Jersey to headline our partnered parties at (le) poisson rouge and the Fuze Box, respectively. On Thursday, Sliink will be joined with Contakt, who played OUTPOST1 over…