For the love of jazz

Back in the day, I would percolate in some music culture to help drown out the noise from the day. Tuesday nights were jazz night at Justin’s. For me; jazz is best live or while soaking in a bath, as long as either scenario also involves a glass of red wine.

This weekly jazz rendezvous is where I met Yuko Kishimoto. Her hands would dance wildly over the keys while the rest of her body held carriage. She had a uninhibited sophisticated quality that I was drawn to. It was mesmerizing the way she played the piano like no other. As time went by; we would share our love of fine scotch, dry humor and trade stories. 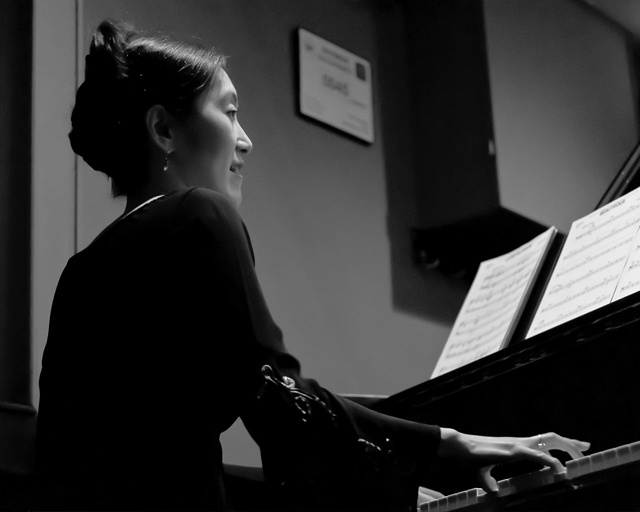 Yuko Kishimoto debuted her album Songbook at a CD release party on August 31, 2011. The official release is due sometime in the beginning of October. She is a gifted composer who started playing the piano at 3 years old. She had created original compositions and arrangements but had no CD of her own. Thanks to the Albany music and art community as well as money generated from Kickstarter, a CD was born.

The CD was her last hoorah. Unfortunately she was forced to leave the country after losing her working visa and then rights to continue on the path to obtaining a green card. The road to citizenship is kind of like the DMV. You wait in line to receive a number, then wait for your number to be called to receive some paper work. Usually you’re told you need some form that you don’t have with you, so you run home and come back to wait in line for another number. Of course obtaining a green card is more complicated and the timeline is stretched out over years but you get the idea.

Albany has lost a person who contributed to the community her talent to both entertain and teach small children the love of piano. The jazz scene in and around Albany has lost a piece of her soul. I felt this even more when she finally had to leave.

I had do a few things that she forgot to do in the whirlwind of the last few hours before her inevitable departure. My help was need to mail the last Netflix movie back, drop off her Time Warner modem and grab her handwritten compositions. The last item I will return to her once she gets settled in Japan. (Such a good reason to visit Japan!)

In her last few days she prepared for what was most important; the release her first CD. When I walked through her apartment, jumbled with items left behind, I felt sad and missed my friend. The things she left gave off a eerie feeling. Just stuff. You find out what is most important to you when have to leave most of it behind. Since it was all going into the garbage, I had sifted and collected a few items I didn’t want to see thrown out just yet. I couldn’t help but contradict the affect that the room gave off. I wanted to keep a few mementos of my dear friend alive.