Last night kicked off the world premiere of Hyper-Rainforest, a sound projection and sonic stimulation created from unmodified sound bites captured directly from rainforests all over the continents.Â  The piece was developed in residence at (and commissioned by) the Experimental Media And Performing Arts Center over in Troy, a.k.a. literally the coolest building bordering Albany county lines. 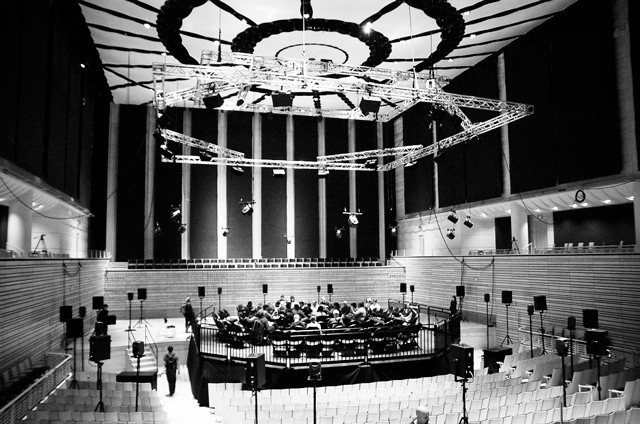 Over the past 20 years, Francisco LÃ³pez has worked extensively doing field recordings and submerging himself in the rich, natural sounds that rainforests provide.Â  LÃ³pez is internationally recognized as one of the major players in the world of sound art and experimental music.


LÃ³pez didnâ€™t simply play something comparable to one of those soothing rainfall loops on an alarm clock from Target that helps people to fall asleep easier at night.Â  This was the opposite of that, amplified by, like, a million percent.Â  Complex, thoughtful, overwhelming, soothing and more mind-blowingly-so, au naturel.

Upon entering the doors of the Concert Hall, with its high ceilings and plethora of bright lights, we were led to the belly of the auditory beast, in what felt like VIP seating, centered on a mini stage, surrounded by remaining empty stadium seats.Â  This event allotted for a consciously intimate experience in only providing seating (and tickets) to an audience of a smaller size.Â  We were given black eye masks with our tickets, to aid us from being distracted by our physical surroundings and enter into the world through LÃ³pezâ€™s perspective in his carefully crafted composition.Â  There was nothing to see, after all, besides what we envisioned in the black behind our eyelids.

Prior to the 70-minute duration of the sound installation, LÃ³pez greeted the already-intrigued crowd with some background and insight to his work.Â  He shared a bit of his theoretical viewpoints, explaining that music is much more when you go into the experience of listening, without seeing the direct source of the sound.Â  He also touched on how music is presented to us in one way, but that the creation of music remains in the act of listening itself.Â  LÃ³pez presented what he called his responsibility, in taking on such an overwhelming amount of material.Â  He succeeded in creating a hyper-rainforest; the sounds feel both electronic and organic.

Hyper-Rainforest created a direct relationship between the attendee and the world of sound, one that wasnâ€™t altered or skewed by oneâ€™s response to a visual display, or the reaction of others, for example.Â  The design of the simple set-up (comfy chair, eye mask) provided qualities of a private performance, as well as one that was collectively shared with others, to be discussed after one began to digest what he or she just experienced.Â  At times, it was sensory overload; I felt a bit anxious, with a sense of paranoia (or perhaps hyper-alertness) that came over me.Â  I felt itchy occasionally; like that buzzing mosquito I could hear was going to hover around me for another minute and then attack.Â  The rainforest was both soothing and alarming, with clashing thunder booms and alien frog noises.Â  It was impossible to pinpoint or isolate what just one sound was, although it was all seemingly familiar.Â  There never was just one sound; it was a whole orchestra going at once, and taking us through a surreal rainforest imagined.

Although, I was â€œin my head,â€ hanging out with my thoughts, it was an hour of detachment from the stress of my week, which I didnâ€™t know I needed until I left feeling both sensory consumed and mentally refreshed.

Tickets for this event are going quick, with performances added due to the first three already being sold out.Â  The additional shows are tonight at 9:30 and Saturday at 9:30. Micah Silver curated this event, and it was like nothing Iâ€™ve heard or experienced before.Â  I personally recommend this out if you want to step outside of your comfort zone or routine realm of experiences and tune into this newÂ Hyper-Rainforest. Tickets are $15. 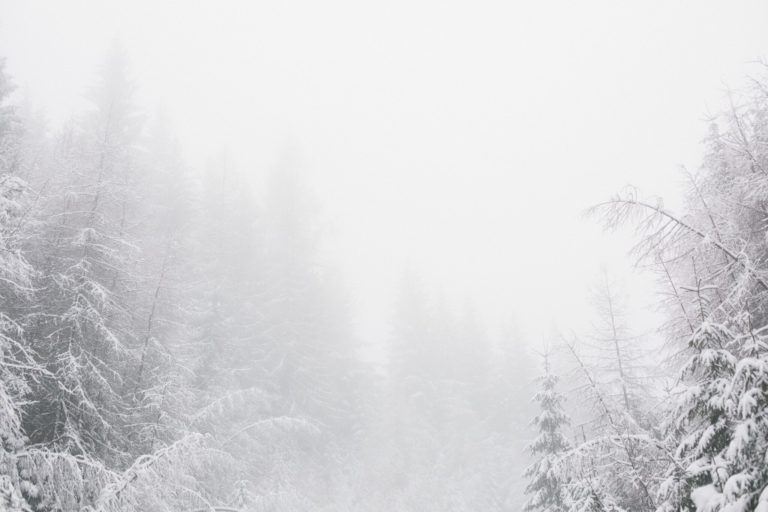