Skip to content
With the recent amount of actual news and reporting on KAB, I imagine the bullshit they let me put on here will seem even more out of place than usual.

â€œI sabotaged her computer so she would have to call me to fix it. Â That way Iâ€™d get to talk to her. Â Oh, and I connected to her computer and went through all of her stuff of course.â€
â€œWhat? Â Really? Why donâ€™t you just go and talk to her Matt?â€
â€œLopez, I donâ€™t want to seem like a creep.â€ 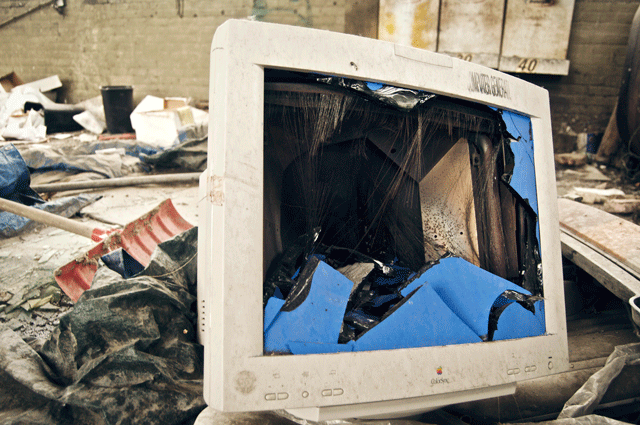 I think I still have a bit to learn about this whole courtship thing. Â In my defense, if the other help desk guy hadnâ€™t shown up to work early that day and fixed her computer before I had the opportunity to, it may have worked out. Â What can I say? Â Iâ€™m a romantic.

Actually, it wouldnâ€™t have worked out because as it turns out, Cute Girl Who Works In Sales has a boyfriend, which makes sense – most cute girls have boyfriends. Â I found out about the boyfriend situation when, two days later, her computer broke all on its own, and I came skipping in to fix it with bright eyes and a big stupid smile on my face. Â I felt like a fucking butterfly I was so happy. The stars had aligned for sure, I thought. And oh boy, they aligned all right. They lined right up to fuck me in the ass. Â Thanks stars. Â In the end I got turned down for lunch through an email. It could have been worse I suppose; she could have sent me a fax.

I think I need to find out how to differentiate between when a girl is flirting with me, and when she is trying to giggle at my bad jokes in an attempt to cope with how terribly awkward I am around pretty girls. Â What Iâ€™ll do is start hitting on ugly bitches. Â Wait, hear me out. Â Trust me, this is scientific; Iâ€™m not lowering my standards. Â Iâ€™m doing research. Â Stand back while I attempt science folks…. If I go and make my bad jokes around the unattractive chicks and they act the same as the hot chicks, I know the hot chicks are flirting with me because I wonâ€™t have the â€œtalking to a pretty girl awkwardnessâ€ about me. Â Iâ€™ll just be normal semi-awkward Matt. Â This is legit. Â Iâ€™m serious. Â Iâ€™ll wear a fucking lab coat when I do these studies. Â There will be charts, graphs, and lots of arrows pointing at things. Â I was a hard science major. Â I rocked an A in advanced physics lab. Â This will be as easy as pushing an old lady down a flight of stairs.

All of this is to build confidence. Â Bitches loooooovvve confidence (bitches also like it when you put a lot of repeating letters in words to emphasize them). Then Iâ€™ll be able to continue my research even further. Â More charts, more graphs, and even bigger arrows.

Want to know why your girlfriend left you? Â Solve for x asshole. Â Bam. Â There you go.

Hey, why does my girlfriend seem to ask me questions there is no right answer to? Â Integrate with respect to time motherfucker. Â Boom. Â Thereâ€™s your answer. Ah yeah.

Then Iâ€™ll just patent it, sell it to the highest bidder, and make many men happy. It will be as if Rogaine fucked Viagra – better than curing prostate cancer. Â Life solved. Â I’ll die happy for sure.

And thus we come to the end of the formula – not the impossible formula for understanding the eccentricities of the female mind, but the formula for everything I ever write for KAB. Â Start with something outlining a serious point, expand on it to the point of absurdity, and hide it under a wrapping of profanity. When the dust settles, conclude with a short paragraph of honest inner reflection. Â Mention how you drink too much. Allude to how despondent you feel. Â End with a few words of apathetic observation. Â Itâ€™s an easy equation to solve, though the answer is hardly worth the effort.