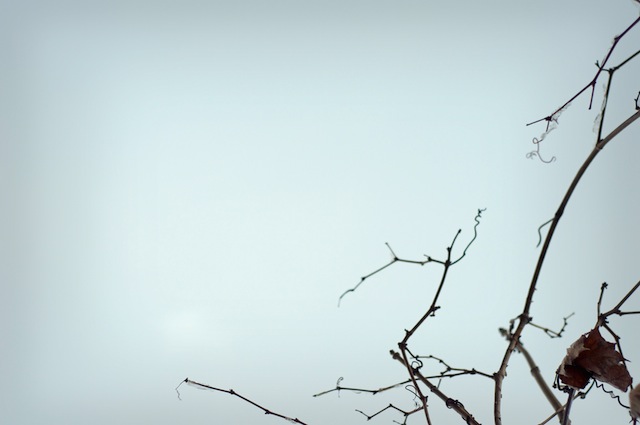 The other night, my friend was browsing iTunes for quite some time, in typical music-browsing fashion: some comments were made, some nods of approval, some smirks, some groans, some “oh well, if you like ________ you should check out ________,” some more comments were made, etc. After about 10 minutes, a bit defeated that nothing really caught his eye, he loaded up my Internet browser and searched for Toro Y Moi’s Myspace. I was familiar with the music but just on a name basis, like so many others. I fell asleep to Toro that night and woke up the next morning to hit play again first thing.

Three days later and I’ve probably accounted for about 116 plays out of the 53,963 plays he has for the song, “Leave Everywhere.” I literally just kept hitting refresh on this song, and am listening even as I type this. Toro Y Moi is considered part of the “chillwave” movement, a genre of music that I was never that heavily invested in, but my friends have been listening to associated bands, such Neon Indian or Washed Out for awhile now. So I’ve dabbled and been exposed to some of these bands by association. Â You know.

But as I’m listening to Toro Y Moi, (the stage name of recording artist Chazwick Bundick) I’m really enjoying it– the songs are fairly simple rhythmically but in a good way; it’s catchy, it’s subtle, I’m into it. I guess “chillwave” could be best described as an innovative combination of pop and electronic music, featuring smooth, soft tempos and samplings. Easy listening that I don’t find to be boring listening.

Pitchfork has been reviewing bands that fall under this category for quite some time now in covering the independent music scene and Hipsterunoff has been riffing on chillwave as well. It’s still a relatively new trend in music but I find myself just skimming blog posts about bands in these genres because I find the whole thing annoying. Here’s what I mean: for example, Best Coast is considered “neo-surf pop” or “lo-fi”, Wavves is “noise pop,” Washed Out is “chillwave” and Neon Indian is “psychedelic indie dance.” Isn’t it all the same? Answer queue revolves somewhere around indie roots and the Internet. Â And I find it all really fucking annoying.

Here’s part of the problem I have: chillwave (as all music genres are) is associated not only by sound but by production, distribution and circulation of music on a small, independent scale, as well as with the branding of “new wave” or even more broad, “indie.” And this is where all these bands have the same cultural roots: in the small-scale DIY universe made easier by the Internet, fueled by blogs, Bandcamp, Facebook, Twitter, word of mouth, Pitchfork, Tumblr, whatever.

How is this new? As early punk is associated with basement shows and zines, “chillwave” is associated with the Internet, etc. — This is simply how music genres are formed in our culture: pairing bands with similiar characteristics. And I don’t understand why chillwave has to have so many other annoying branches of classification. Hipsterrunoff has a really great post featuring the “genre shirt”: a shirt that lists all the different names associated with the “chillwave” movement. And looking at the shirt, I think you’ll agree — it all seems a bit excessive to me.

Another part of the problem I have with this genre is also the case with music in general in its Internet distribution and presence. I feel as though when I stumble across music unexpectedly from friends, I often just nod along, save their links to my bookmarks folder and stick to the music phase I’m in midst of at the time. It’s bittersweet, isn’t it? I love checking out new music (and appreciate when friends link me) but sometimes I just feel overwhelmed by just how much is out there, and how accessible it is via the Internet, that I stick to what I already know I like. I’m working on this, because I absolutely will say I’ve found a new favorite in Toro Y Moi, and might even trek to Boston to catch a show in April.

And lastly my main issue. How many people out there are bitching about chillwave and the image a person gains behind their musical tastes. There’s a lot of talk out there, even just stemming from what I found from a brief sesh with Google today. Can’t I just listen to music like Toro Y Moi without thinking about what genre they belong to and without being grouped into some sort of noob hipster category because I’m “late” to catching onto this “wave” and getting excited about this lo-fi/high synth music? People have been saying (in a general sense) the whole indie/chillwave movement has been overplayed or washed out as bands are becoming more well known, and the Internet results in quick yet short term success.

Who’s to say? Maybe this genre roots are tied to some of the pioneer bands who started “doing it differently” such as Animal Collective, or Panda Bear, or hell, maybe even loosely the Flaming Lips. Who really cares about the origin of this new genre and music movement? Â It all depends on what you value and your own introduction to the music itself. Â Like my friend Nick said, someone who is just learning about a band and gets excited about it, regardless of how long the bands been around, it’s cool to the person because it’s new to them. Â Re-discovery can be just as pleasurable as discovery.

After my recent music slump, I’m simply happy to have found a new band (and a reason to be more open minded about what’s out there), and am straight-up disgruntled by the critical, nit-picky thinking that surrounds it online.Â  Who the fuck cares?Â  Granted, there’s clearly the chance you may think I have no absolutely no insight or clue into what I’m talking about with this topic, but again, who the fuck cares?Â  I say just listen to Toro Y Moi, and chill.

Sponsors! They help things over here at KAB, and they’re rad. If you are interested in advertising, feel free to drop me a line using the contact page and we will get something worked out. Collar City CrossFit: Before joining, everyone that did CrossFit was ripped, and loved it. I recently joined and I totally…

While I can’t really explain why I’m completely infatuated with MTV’s The Jersey Shore, (probably because I went to high school with a ton of kids like that), I’m even more so in love with MTV UK’s The Geordie Shore. Maybe because they’re actually dumber than their American counterparts (which everyone previously thought was impossible)…

Doctor Jeep is the first out-of-towner to grace OUTPOST1 twice and for absolute good reason – July’s OP1 was top notch. Back in July, we featured a full blown Q+A and mix. Cue the mix nostalgia here and to re-familiarize everyone, I asked him a couple q’s to catch up with him. In a nutshell,…

Over the years, as my personal music tastes within the world of transnational bass-driven music have expanded and evolved, I’ve compiled a growing mental list of “must-see” DJs and producers. reconstrvct, a reoccurring event hosted in various venues and warehouses throughout Brooklyn, has been knocking people off my list with each bill. This upcoming Saturday…

Masai, local to the 518 and member of super-group Against The Grain, is releasing the final installment in his trilogy of solo albums, right in time for tax season. We’ve still got another month of listening to Turbotax ads on Pandora until the album drops but I figured I’d let you preview what I’ve been…

I always thought squirrels would be super cute house pets. So does she.