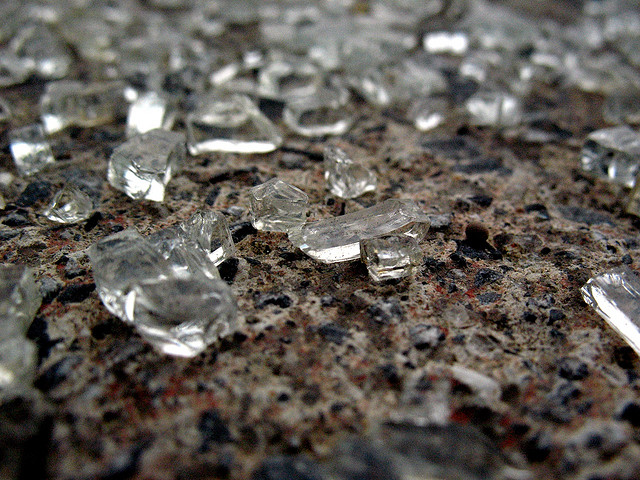 I think itâ€™s important to keep this in mind as we stumble our way through life, though I admit itâ€™s not actually a philosophy so to speak, nor is it insightful. Itâ€™s just an understanding I came to a while ago that I think most people try to hide from in a shallow pool of ignorant optimism. As an aside, Iâ€™m pretty sure the happier you are, the stupider you are, though Iâ€™m still working on the graphs to prove so.

A philosophy would be more like, â€œYouâ€™re probably going to have a shitty life and then surely die so you should…â€ I donâ€™t really have anything after that. Thereâ€™s no should. No answer. Itâ€™s not advice of any sort. Itâ€™s just there – a dangling bit of knowledge, hanging around, like some weary-eyed doppelgÃ¤nger that follows you wherever you go. Itâ€™s a version of you from the future. An image of just how awful your life will be.

Iâ€™m going to continue with this unfortunate analogy for a bit. My apologies.

Life for me is the ever fucking presence of this apparition. I havenâ€™t figured out what to do about him. He somehow sees I have no Jesus (or any other childish safety blanket people use to try and make their ephemeral existences meaningful). Iâ€™ve tried ignoring him but heâ€™s everywhere. Iâ€™ve tried talking to him but he doesnâ€™t listen. He seems only concerned with the passing of time and looking very emo. Heâ€™s a reminder. Every time I find myself smiling or laughing, all I have to do is look over my shoulder and see my broken counterpart, crushed by the weight of once being alive, sitting gaunt and drunk in the corner. And then I remember. Life is complete shit.

There is a silver lining to my â€œlife is shitâ€ pseudo-philosophy. I figure I was dead for billions of years before I was ever born and it never bothered me at all. Why would the billions of years Iâ€™ll be dead afterwards be any different? Itâ€™s this time in between thatâ€™s the rub. See, the silver lining is that youâ€™ll die. And all those people you donâ€™t like? Well, theyâ€™ll die too. I canâ€™t believe people tell me I never look on the bright side of things. Happy people are always so narrow minded.

But my drunken philosophical ramblings are of little consequence in the end. Unless I decide to off myself, which sounds like it would take an awful lot of dedication, I suppose I ought to make the best of being alive. Maybe Iâ€™ll take up geocaching or become a jockey. Or I could go on…

Before I get into this, I should probably mention that while I know precious little about this unsavory hallucination that wonâ€™t let me be, I can say this – heâ€™s accompanied me on all of my dates thus far, and he truly is a fucking terrible wingman. Like, worse than this buddy of mine, who once dragged me away from a girl I was making out with at a party and threatened to fight me. You know who you are…

Dolce Vita is a cute little cafe with expensive drinks and a patio catering to the hordes of smokers who roam the streets of Austin, constantly searching for new and exciting places to go about quickening their slow death through the inhalation of tar and carcinogens. I was early and she was late – plenty of time for me to get myself properly nervous. Except, I wasnâ€™t. I had done this too many times at this point. I thought about all the awkward ways I could ruin the date. It didnâ€™t even bother me. There was this excited little hope dancing about the back of my mind that maybe I had learned a thing or two from my mistakes, but I held it back.

Things started off formally. I think I shook her hand when she walked up to me. Iâ€™m so weird sometimes. With her heels on she was a bit taller than me. She had purple knee high socks on with black leggings over them. Her coat had a collar on it so large I thought it was going to fly away. It all matched somehow and looked great. She had insisted that I wear a tie because she was always overdressed. I looked okay.

She was pretty. Too pretty for me. I started getting that panicky feeling I get when Iâ€™m around a beautiful woman. We started talking. I think I really reached for a few too many lame jokes to lighten the mood. It was a little uncomfortable. When we moved outside things got better.

She bought me a drink. That was nice of her.

It was a cool night. She smoked Parliaments. I bummed quite a few from her. We settled into a rhythm with our conversation and discovered we both had a lot of the same tastes. I knew all those over-ninety match percentages would pay off eventually. We talked about the Beatles a lot that night. Itâ€™d be some time before I finally told her I was more of a Stones fan. She wouldnâ€™t take it well.

Our conversation eventually took a political and social turn. At some point I mentioned Iâ€™m best off describing myself as a libertarian, though thatâ€™s not always accurate. She told me she wasnâ€™t only extremely liberal but actually an outright socialist. I got really excited. We started disagreeing on things. Education. Charter schools. Capitalism. Competition. There wasnâ€™t a whole lot of common ground all of sudden, but the conversation was always lively yet civil. Everything was said with a smile. Maybe it was the alcohol. We both had a love for gin. I figure, who cares what you disagree on when you both love gin.

I started getting this creeping suspicion that she was much smarter than me, which isnâ€™t really saying a whole lot, but was a huge turn on nonetheless. She was a bit of a geek. Not the mathematically calculating, computer fixing, sci-fi watching geek that I am, but the extremely well read, politically passionate, grammar snob variety. After an hour I was fascinated by her. Frighteningly, I was beginning to get the sense that she found me interesting as well.

I should probably thank the old drunk guy who fell down beside us, hitting my dateâ€™s chair and causing it to slam into my knee under the table. It hurt way more than I let on but it snapped me back to reality – the one where a girl like this would never care for a guy…. oh fuck it.

â€œWould it be too forward of me to ask if youâ€™d like to come back to my place?â€ I was trying to sound like Don Draper from Mad Men but I think I came off sounding more like that guy from Two and a Half Men – the one who isnâ€™t Charlie Sheen.
She laughed.
â€œNo, Iâ€™d like that.â€

Two months later and she still smiles at me. She laughs. And for reasons I think it’s best I don’t understand, still thinks Iâ€™m charming. I would like to think things are going well. It didnâ€™t take long for me to realize she is a very caring and empathetic woman who wants me to be happy. But thatâ€™s not without its worries. She asks me what I want sometimes and I never know how to answer. The man in the corner looks up from his glass and stares, and all I can manage to say is, â€œAct nice and gentle to me.â€